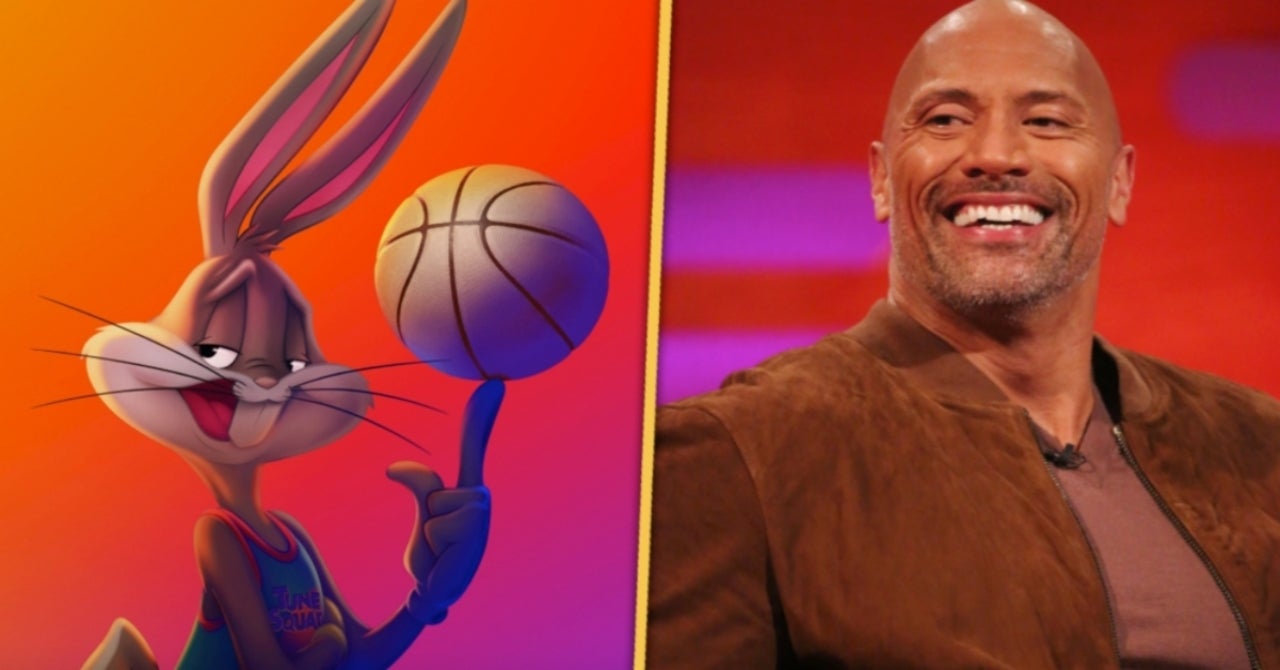 Space Jam 3 could pass the rock from LeBron James to The Rock: A New Legacy director Malcolm D. Lee wants to go from the hoop to the ring with wrestler-turned-superstar Dwayne Johnson. The 25-years-later sequel to Space Jam, which starred NBA superstar Michael Jordan and a tune squad of Looney Tunes, sees James (as himself) team up with the ‘toons for a high-stakes game of basketball and save his son (Cedric Joe) from an evil A.I. named Al-G Rhythm (Don Cheadle). If Warner Bros. serves up a sequel, Lee says the Fast & Furious and Black Adam star would be an “interesting choice” for a new lead.

“I never say never,” Lee told Entertainment Weekly about returning to the court for a Space Jam 3. “It’s all going to be about whether the fans respond to this positively. But I think the bar has been set so high in terms of the first one with this global iconic superstar in Michael Jordan, and now the same global iconic superstar in LeBron James, who transcends sports. Who is that next person to put into that universe? And then you’ve got to find a script and story that’s good enough to not repeat what’s been done but will capture the spirit of it and keep it going.”

Asked who that next global iconic superstar might be, Lee said, “Dwayne Johnson would be an interesting choice. It would be different. I’m not exactly sure what his skillset would be, maybe he goes back to wrestling. That might be interesting.”

Warner Bros. has not announced plans for a sequel to Space Jam: A New Legacy, which bounces into theaters and on HBO Max on July 16.

Welcome to the Jam! Basketball champion and global icon LeBron James goes on an epic adventure alongside timeless Tune Bugs Bunny with the animated/live-action event “Space Jam: A New Legacy,” from director Malcolm D. Lee and an innovative filmmaking team including Ryan Coogler and Maverick Carter. This transformational journey is a manic mashup of two worlds that reveals just how far some parents will go to connect with their kids. When LeBron and his young son Dom are trapped in a digital space by a rogue A.I., LeBron must get them home safe by leading Bugs, Lola Bunny and the whole gang of notoriously undisciplined Looney Tunes to victory over the A.I.’s digitized champions on the court: a powered-up roster of professional basketball stars as you’ve never seen them before. It’s Tunes versus Goons in the highest-stakes challenge of his life, that will redefine LeBron’s bond with his son and shine a light on the power of being yourself. The ready-for-action Tunes destroy convention, supercharge their unique talents and surprise even “King” James by playing the game their own way.

What If…? Producer Confirms Hayley Atwell’s Captain Carter to Appear in Future Seasons