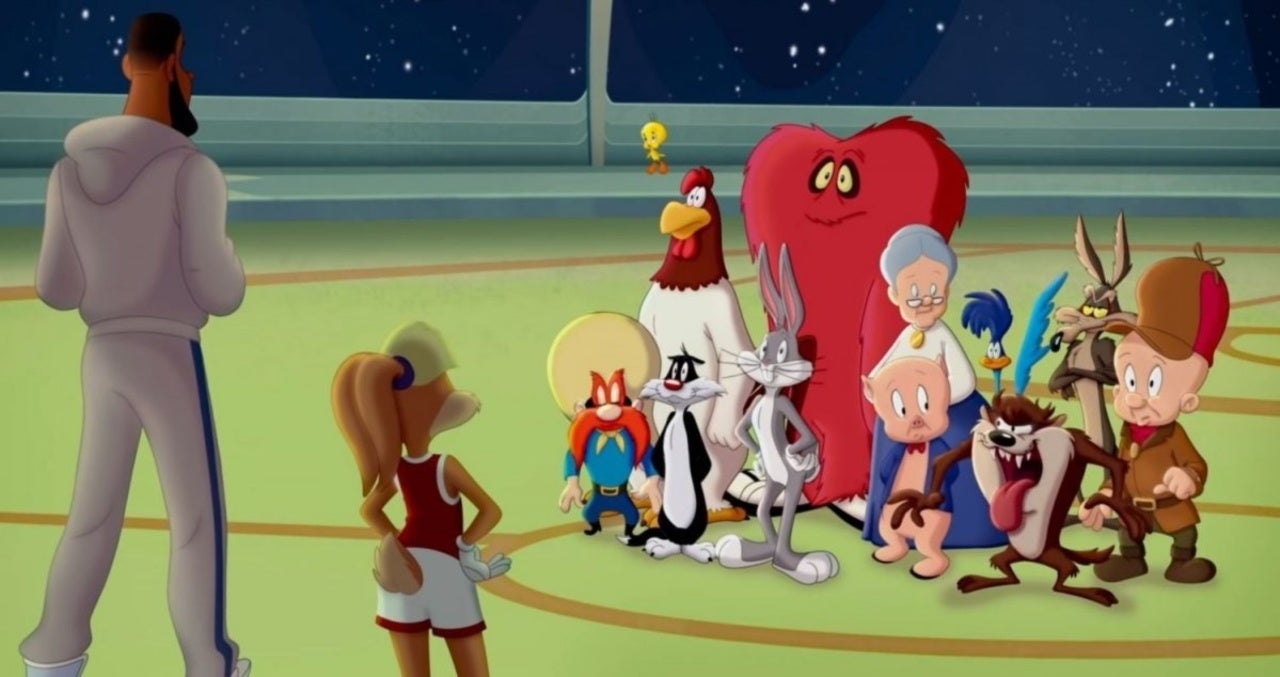 It’s no secret that Space Jam: A New Legacy is filled to the brim with various properties from the mountain of intellectual wealth over at Warner Bros. The trailers to the long-awaited Space Jam sequel, which debuted Friday in theaters and on HBO Max, were packed with references to things like The Matrix, Harry Potter, and Game of Thrones. There are even more references and cameos in the final product, but if you look at the story beyond that, New Legacy‘s focus is the beloved Looney Tunes.

The original Space Jam simply combined the Looney Tunes with Michael Jordan, and that was enough to get people to theaters and make the film a hit. A New Legacy puts LeBron James on the Tune Squad, while also unlocking the vast Warner Bros. “Serververse.” On the surface, it feels like a slight against the Looney Tunes, one of the most iconic properties at WB and a big reason the company is where it is today. However, the heart of Space Jam: A New Legacy is about showing the world how great the Tunes still are.

Early in the movie, we learn that a villainous algorithm (played by Don Cheadle) offered the Looney Tunes characters a chance to be in more popular properties — an offer accepted by everyone except Bugs Bunny. Bugs loves the world of Looney Tunes and wants nothing more than for his friends to see the same thing, and his journey to get them back becomes a central part of the movie.

Without spoiling what exactly happens in Space Jam: A New Legacy, the Tune Squad has their backs against the wall, facing a calculated machine of an opponent. Only when the Tunes decide to act like their old selves, full of insanity and imagination, are they able to pull together and compete.

The Looney Tunes are able to achieve anything because that was their original purpose. Anything goes in Looney Tune Land, the crazier the better. It’s all about imagination, and imagination is something the Looney Tunes certainly don’t lack. All of the IP in the world is nothing compared to pure creativity.

This is one of the main themes of Space Jam: A New Legacy, making it much more of a Looney Tunes movie than you might think. Showing off the greatness of the Tunes was certainly on the mind of director Malcolm D. Lee, who grew up loving the wacky cartoons.

“That was part of our goal,” Lee told ComicBook.com. “I grew up with the Looney Tunes, that was part of my Saturday morning cartoon ritual. I love Bugs Bunny. They brought me a lot of joy, Daffy and Sylvester and Tweety and Tazmanian Devil. So reintroducing them to this generation was a great joy for me because they brought me so much joy and I was trying to tap into that and bring it to this generation.”

Sure, Space Jam: A New Legacy can feel crowded and messy at times, but it’s important to remember that it’s a Looney Tunes movie beneath it all. Bugs Bunny and the gang quite literally triumph over the Warner Bros. servers by doing things the looniest way possible.

The Looney Tunes are back in action. Here’s to hoping that Space Jam: A New Legacy can spring them into stardom once again.