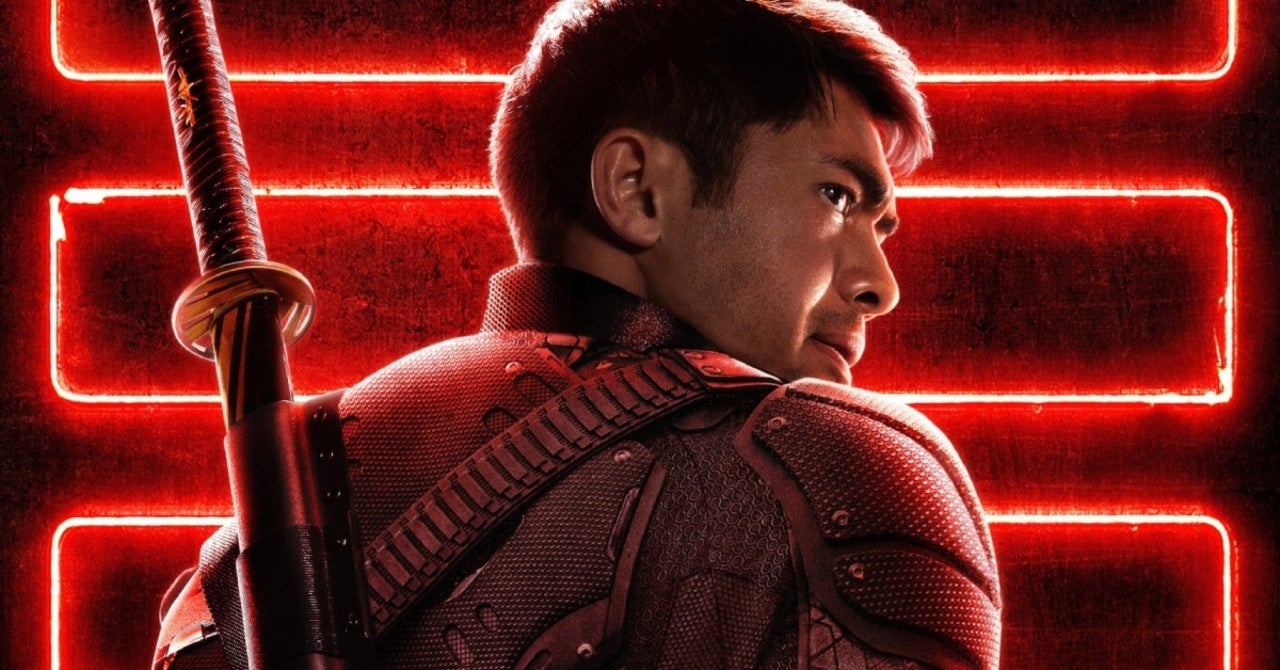 Snake Eyes is looking to launch a G.I. Joe franchise and it has the right pieces in place to do so. The new G.I. Joe Origins film aims to be a reboot to something better than the G.I. Joe movies before it, succeeding at being the superior live-action film, but coming up short of delivering the full-on world-building outing that it wants to be. If Snake Eyes wants to spawn sequels and spinoffs as much as it seems to at this starting point, those aforementioned right pieces are going to have to be used a little better with supporting characters getting more time to shine.

Snake Eyes (Henry Golding) is out for revenge and closure, a journey which has little boundaries (though, they do exist) for what he is willing to do to reach the goal of this personal journey. He finds himself caught up in Tommy’s (Andrew Koji) story which draws in an entertaining gang element and the more thorough and hearty Arashikage clan. A series of intense training sessions and tests paired with his own internal struggles put Snake at the pivotal point of his origin story, torn between revenge or personal growth, and characters around him ultimately find themselves with similar options in their own story threads – some dig into the stories better than Snake’s, some leave all the meat on the bone.

The new take on G.I. Joe saga puts Henry Golding in its leading role as the titular super-assassin, something new for the actor best known for his charm in titles like Crazy Rich Asians and Last Christmas. The film could have used a bit of that charm, as Robert Schwentke’s direction of Evan Spiliotopoulos, Anna Waterhouse, and Joe Shrapnel’s screenplay tries to give Golding’s character a bit of depth with a troubled past and present but ultimately doesn’t deliver much that feels fresh and unique, aside from in inevitable comparisons to Snake Eyes’ comic book counterpart.

The stand out of the film is Andrew Koji, who plays a better-written character in Tommy; a G.I. Joe character also known as “Storm Shadow.” Koji is having fun with his role as Storm Shadow, committing so fully to every piece of the film, from its dramatic, family-driven moments within the Arashikage clan or his swordplay and the epic poses that come with it. In fact, by the end of the movie, you’ll be wishing for more of two things: Koji’s Storm Shadow and his complex, conflicted nature, as well as wishing to see Snake Eyes in the actual Snake Eyes costume. The costume looks great and Golding can hold his own in combat scenes, but the origin story doesn’t call for it to get much screen time.

The film finds itself fixated on Snake and Tommy’s stories, leaving some of the other characters who seem to have many interesting qualities out, leaving much of that potential left untapped, which mostly happens to the female characters in the film. One sequence provides the opportunity for Samara Weaving, Ursula Corbero, Eri Eshido, and Haruka Abe the chance to show off their capabilities as some epic G.I. Joe characters — a combination of new characters created for the movie and well-known favorites like Scarlett and Baroness. Instead, it keeps its focus on the men elsewhere and never fully exploits what the talented women and their interesting characters are capable of.

Backstory from the past combines with family drama, character growth, and several figures offer surprising moments and twists throughout the film. There is no shortage of very cool action sequences. However, while action sequences help keep the pace engaging, we are in a world where films like John Wick, Atomic Blonde, and The Old Guard exist and the movie never commits to those gritty heights, though the cast and stunt crew show potential for it in some moments throughout, namely in a fight on an 18-wheeler carrying cars and a sequence which sees Abe’s Akiko training Golding’s Snake Eyes.

Snake Eyes: G.I. Jones Origins is a fine movie with lots of action and interesting characters who could benefit from a more balanced story where they more evenly spread their involvement with the main story rather than being forced to prop others up throughout. Golding’s turn as an action star doesn’t stand out, but with Koji, Weaving, and Corbero, it’s enough to warrant a continuation by the time the credits roll.