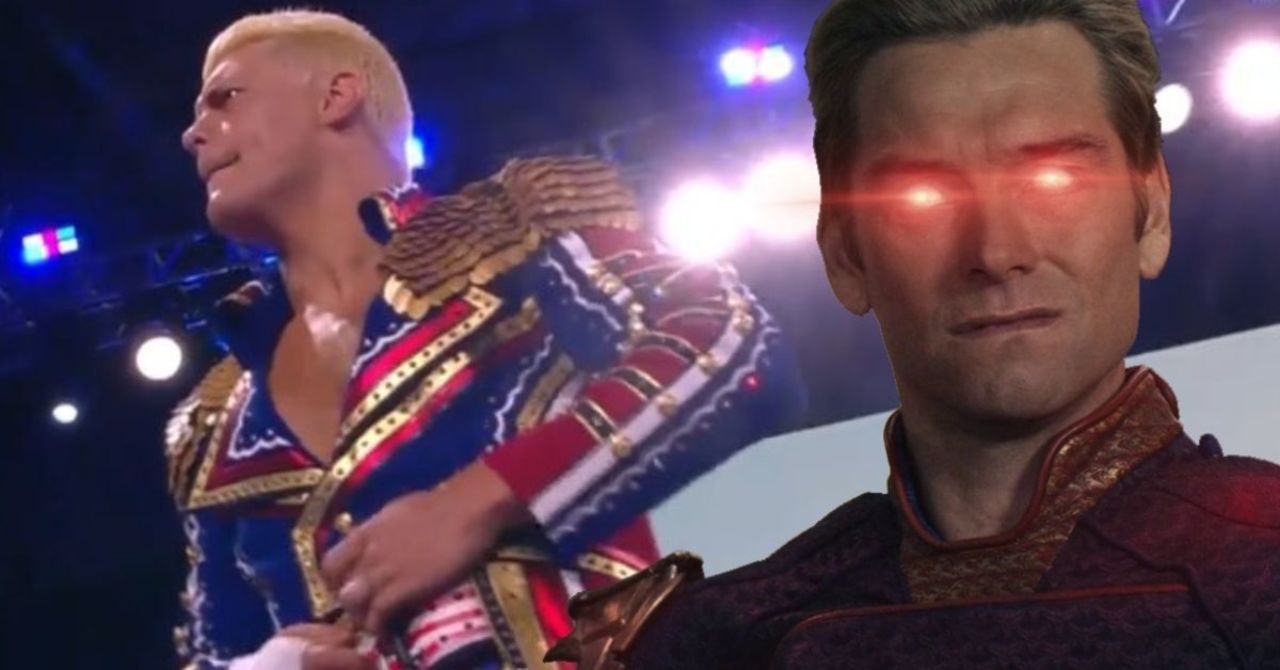 AEW fans are comparing Cody Rhodes’ all-American gear for Double or Nothing to the famous villain from The Boys, Homelander. Cody Rhodes’ big match for the pay-per-view was against the former professional boxer, Anthony Ogogo. In the weeks leading up to the match, Rhodes dove further into his American Dream self in order to truly prepare for this match during Memorial Day weekend. Seemingly taking this to the extreme (despite the fact that he’s apparently the one fans are supposed to be rooting for), Rhodes showed up to the match with new All-American gear.

But given his disposition, and the look of the gear itself, fans can’t help but compare his look to The Boys antagonist Homelander. Homelander does the same kind of American grandstanding in order to hide his true motivations, and this did kind of confuse fans heading into the match as Rhodes might not want have been compared to such a vicious villain. Here’s a look at his gear:

“The American Dream” @CodyRhodes goes one-on-one with @AnthonyOgogo NEXT on #AEWDoN! pic.twitter.com/YjolYJezYo

But here’s what some fans are saying about Rhodes’ look:

CODY ARE YOU DRESSED AS HOMELANDER FROM THE BOYS#DoubleOrNothing

The trainer boss who even has a pair for funerals