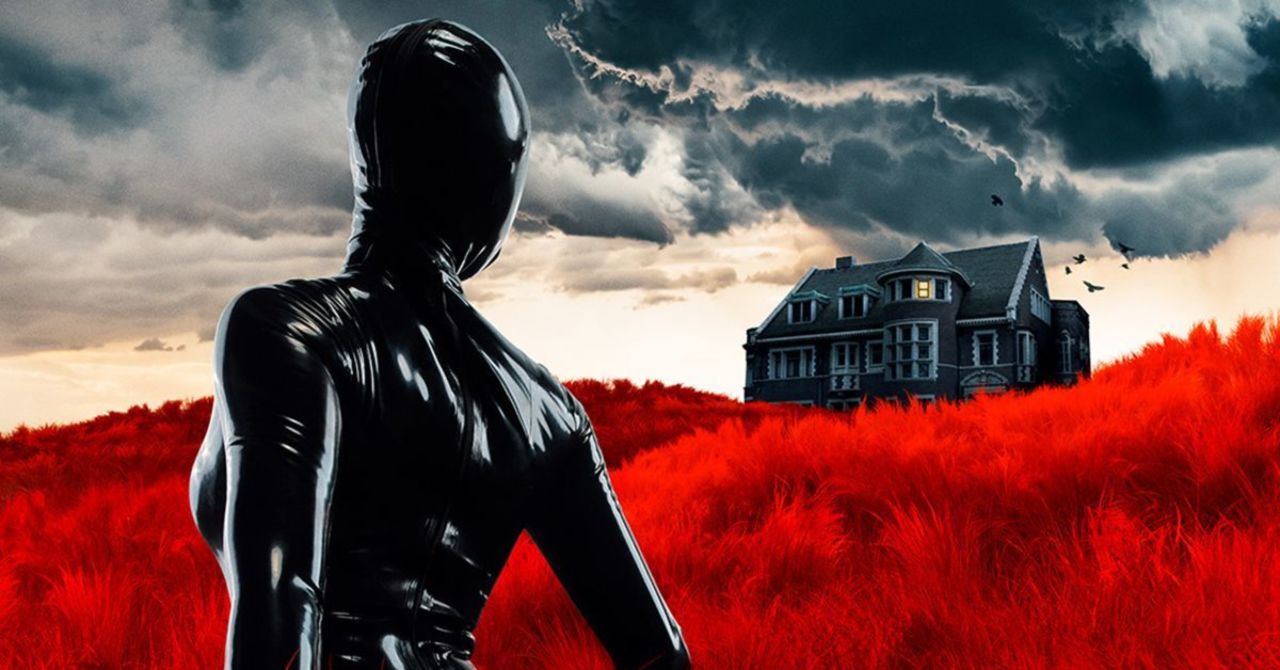 Full spoilers for the first American Horror Stories below! FX on Hulu has released the two episodes of its new spinoff series and with it returned to the franchise’s most popular location, Murder House from the very first season. The two-part storyline focuses on brand new characters with married couple Michael (Matt Bomer) and Troy (Gavin Creel) and daughter Scarlett (Sierra McCormick) having purchased the property with the idea of turning it into a dark tourist destination. Though no major stars from the first season returned, the long and storied history of the home and its occupants is teased throughout including specific characters.

Obviously the biggest character that returns is the evil Rubber Man ghost. The spectre appears only a handful of times in the episode, guiding and tempting Scarlett to put on the suit and commit some murders, so it’s unclear which spirit it is as Rubber Man (though the “Twisted Nerve” whistle is heard perhaps implying it’s Tate Langdon). A few other entities from inside the home are also shown including Thaddeus aka The Infantata, a creature/entity that lives in the basement; and the Piggy Man, the ghost of a pig-head wearing Butcher seen in the first season of American Horror Story (and whose story was expanded on in AHS: Roanoke). Another entity was teased however, a big one.

One of the first of Scarlett’s Rubber Woman is the family therapist, and since she’s killed inside the Murder House she becomes trapped there forever like the rest of tits inhabitants. Merrin Dungey’s Dr. Andi Grant speaks to the family a few other times, making reference to “another therapist” that is trapped in the Murder House, obviously alluding to Dylan McDermott’s Ben Harmon. At one point Andi says she and the other therapist are “working on a book” about all of the spirits and entities trapped in the house, something that could definitely pop up in the AHS franchise again later.

The first two episodes of American Horror Stories will seemingly put Murder House behind them though with the series focusing on singular stories, and this perhaps being the only returning subplot.

American Horror Stories will debut new episodes every Thursday on FX on Hulu.. The series will see several cast members from the flagship series return (though playing entirely new characters) including John Carroll Lynch, Naomi Grossman, Charles Melton, and Billie Lourd. The series will also see the addition of Machete himself Danny Trejo as none other than Santa Claus.

After the show’s conclusion, American Horror Story: Double Feature, the 10th installment of the hit series, will premiere on Wednesday, August 25 at 10 p.m. ET/PT on FX, and streaming the next day via FX on Hulu.

One in seven shops now vacant across the UK | Retail industry