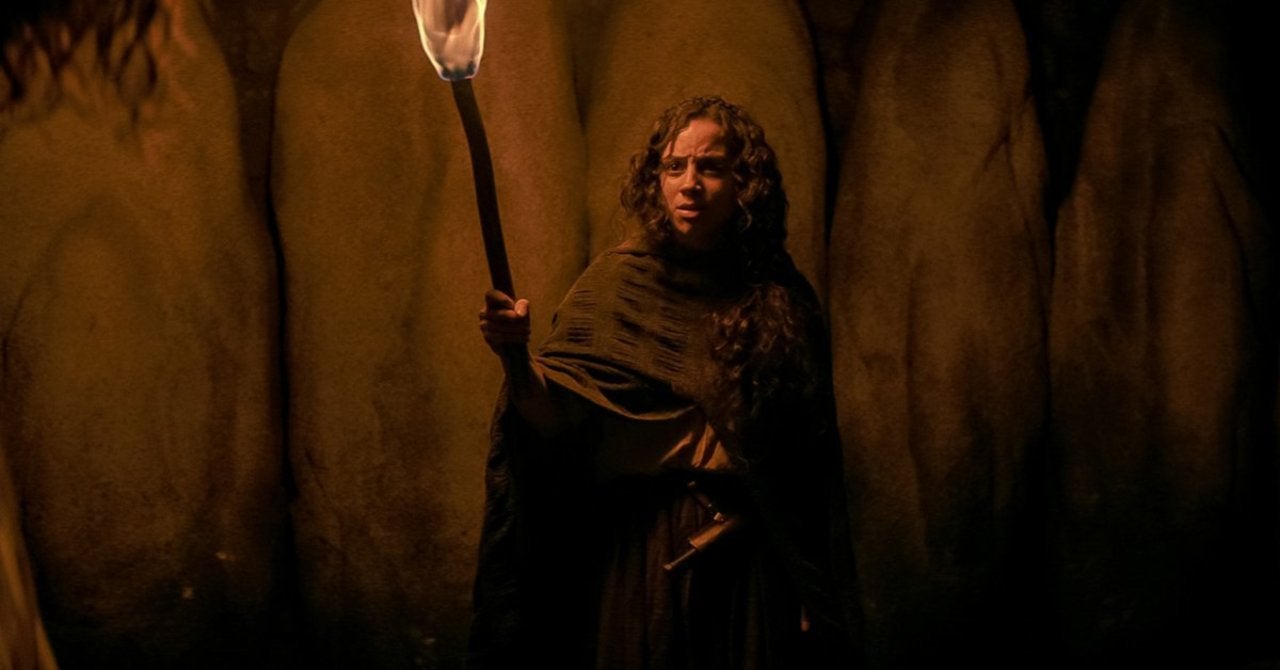 With Fear Street Part 3: 1666 now available to stream on Netflix, a trilogy that has been decades in the making finally comes to an end, wrapping up the stories of our Shadyside heroes and their bouts with the forces of darkness. Director and co-writer Leigh Janiak delivers with this third installment arguably the film with the least influence from the original book series, for better or worse, allowing her to truly make the experience her own. Even with those seeming constraints on this final chapter of the trilogy, she manages to honor not only the source material, but also the characters we’ve grown to love over the last few weeks, making for an entirely fulfilling and delightful journey that is hopefully just the tip of the iceberg of what both Janiak and this R.L. Stine-inspired franchise has to offer.

After only hearing the stories about what happened to Sarah Fier in previous films and even encountering her remains, we are finally transported back to the time of her murder to gain insight into the tragedy she suffered. The nature of the series means that audiences are seeing actor Kiana Madeira playing Sarah in the flashback to centuries ago, with a number of other stars playing characters in 1666. As some viewers had assumed, we learn that Sarah’s execution for being a witch, while never being justified, was an even more complicated and disturbing situation than we could have expected, with the finale of this Fear Street series bringing a number of shocking reveals to cap off the ambitious trilogy.

One of the words that frequently comes up when discussing the Fear Street trilogy is “ambitious,” with 1666 fully continuing that trend. The mystical nature of the films that came before it would surely lead us to believe that our heroes could literally be transported back in time, which would lead some audiences to accept that these characters themselves were sent to a different century. Instead, Janiak establishes that these performers are embodying the spirit of figures they have already played in the series, adding extra relevance to watching the story unfold. Surely Deena and Sarah have experiences in common, albeit being separated by a few hundred years, which helps strengthen this narrative, as the involvement of other supporting characters serves as a shorthand to establish the dynamic of this community. This also brings with it some direct narrative connections, making the events that have unfolded in previous films feel even more distressing.

Also on the note of ambition, while films unfolding in the ’90s or ’70s can automatically appeal to audiences due to the nostalgia factor, taking the story all the way back to the 17th century creates roadblocks for the audience to overcome, once again demonstrating Janiak’s fearlessness, no pun intended. Most viewers wouldn’t automatically see a throughline when two installments are separated by 16 years and the third installment adds centuries of distance, but it allows the atmosphere and actual adventure to wholly adopt an all-new era without resting on the laurels of its previous accomplishments. Additionally, it adds a timelessness to the concepts being explored, as it can no longer rely on quippy dialogue or clever needle drops to win over the viewer.

In a way, it’s hard to even hold 1666 to the same standard as the previous two films, as those were largely slashers with supernatural influences, while this final chapter instead focuses on the paranoia of a small community when horrible events start unfolding. 1666 channels more of the spirit of films like The Crucible or The Witch, skipping the slasher elements for more Satanic suspense. These themes won’t resonate with all audiences, despite being pulled off effectively and reflecting the tonal persecution of outsiders that the characters were subjected to previously. This entry is the outlier of the trilogy for a majority of its run time, while it does manage to maintain the spirit of what came before it. The backstory of Fier, unfortunately, feels derivative of stories seen in similar outings, even if this story is still being pulled off effectively.

As we discussed in our review for Fear Street Part 1: 1994, Janiak impressed us by seemingly wrapping up a three-film series with the installment that chronologically took place at the end of the journey. What really makes 1666 so effective is something entirely shocking and unexpected, so much so that to discuss it here would rob the audience of that discovery. Complicating matters is the fact that it’s this surprising twist that takes the chilling depiction of persecution within a community to an all-new level, finding fresh ways to unite the overall arc of the trilogy. The final act of the final installment is arguably the most entertaining sequence in the whole series, one which has already given us a number of delightful and disturbing encounters.

Originally produced as a theatrical event, we can’t help but wonder how much more fun this trilogy would have been had it landed on the big screen, with each installment releasing a month apart. Understandably, the coronavirus pandemic played at least some part in Netflix’s acquisition and distribution of the films, with this weekly release schedule resulting in an experience that feels more episodic than any sort of an eventized release. Debuting the films on a streaming service also gave the look and feel of the movies a sameness to all of Netflix’s other offerings, regardless of whether they are feature films or TV series. This doesn’t impact the quality of the films themselves, necessarily, more that, to the surprise of many, these were films that deserved to be seen on the big screen.

When this trilogy first kicked off, it was initially jarring that we weren’t seeing specific plot points from Stine’s Fear Street novels being embraced, but now that we’ve seen this journey come to its conclusion, it’s the only way such a project could have been accomplished. This final entry might largely be the most tonally surprising for fans of the books, but the conclusion of its standalone narrative and of the entire trilogy feels earned and inventive, proving Janiak was the perfect person to have taken on this task. Fear Street Part 3: 1666 manages to be frightening, fun, and fresh, making us wish we could head back to the Scholastic Book Fair to complete our Fear Street collection.