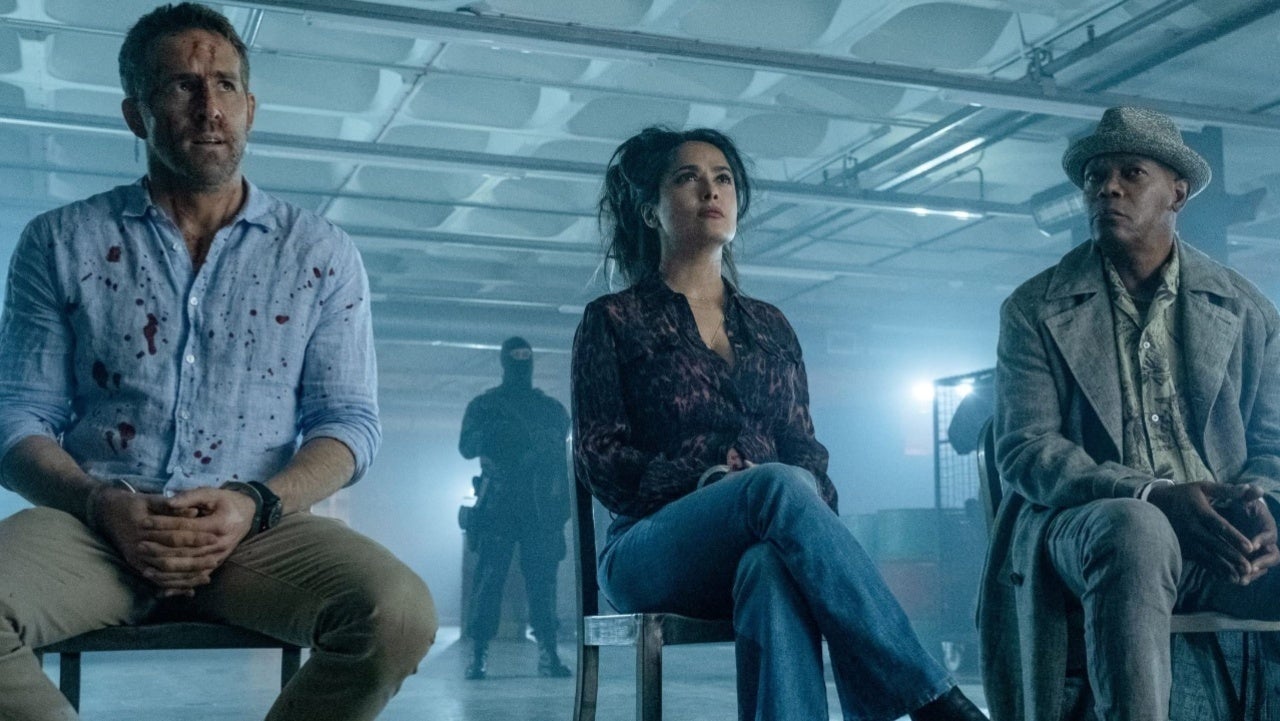 There are few performers as beloved as Ryan Reynolds, Samuel L. Jackson, or Salma Hayek, with each of those three having just as many fans for their off-screen personas as any character they’ve played in a film. While the trio all starred in the 2017 The Hitman’s Bodyguard, the show certainly belonged to Reynolds and Jackson, with The Hitman’s Wife’s Bodyguard deservedly elevating Hayek alongside her co-stars to steal the show from them, creating a new and improved dynamic that lacks the narrative lulls of the debut installment. This sequel serves as an homage to the tried-and-true buddy-cop dynamics from previous decades, though it fails to make the necessary improvements to make it a standout experience, reminding us why both comedy and action films have taken things to a new level in recent years instead of stifling the near-limitless potential of their charming cast.

In hopes of coping with the trauma he endured during his last adventure with Kincaid (Jackson), Bryce (Reynolds) opts to take a sabbatical from the world of bodyguarding and any violence in general, only for Sonia (Hayek) to enlist him to save her husband from a kidnapping. While this rescue might be somewhat successful, it doesn’t come without some unexpected ramifications, forcing the trio to traverse across Europe to get into one deadly situation after another.

Regardless of how familiar you might be with the debut installment, where The Hitman’s Wife’s Bodyguard immediately excels is in establishing the dynamic between the triad. Given that the first film had to create the narrative momentum that would result in the two leads colliding, even by giving them an unexpected history with one another, their repertoire took longer to feel organic and earned. This sequel expedites this entire process, with nearly every scene in the first act being in service of establishing the roles of each character and how they connect with one another.

Much of the first film relies entirely on how entertaining it is to see Reynolds and Jackson bicker with one another, but with a two-hour run time, that energy failed to sustain itself for an entire film. Luckily, the addition of Hayek into the mix makes for a much more entertaining grouping, allowing for a more explosive and engaging chemistry. While Hayek is arguably the “newcomer” for the film, due solely to being relegated to a jail cell in the first outing, she creates the necessary alchemy to make this follow-up so electric. Rather than the dynamic tipping from one end of the scale to another as Bryce and Kincaid trade quips, Sonia serves somewhat as a go-between, making for many more unexpected verbal takedowns throughout the journey.

Antonio Banderas, Morgan Freeman, and Frank Grillo also serve as welcome ingredients getting tossed into the mix, offering exaggerated performances that fall short of merely being cartoon characters. By being outlandish yet stifled, it’s ultimately these new characters that highlight the overall frustrations with both films in the series: neither the humor nor the action is ever exceptional, even when it surpasses similar fare.

Surely the mileage of the humor will vary with each viewer, yet the script often seems to fail the performers. There are plenty of laughs and physical humor, yet none of these quips are especially memorable and, while you might look back on the film and remember laughing, you’ll likely almost immediately forget every line of dialogue. The performers do make the material work, though we can’t help but wonder how many alternate takes their might have been where improvised interactions were more engaging than the scripted material.

Mirroring the above-average yet forgettable humor, the action is serviceable, but never feels inspired. Understandably, since this film isn’t meant to be a parody of the action-comedy genre, it keeps things restrained to a somewhat believable degree. This means that it does match the somewhat grounded nature of the previous film when it comes to action, but, especially with how desperate audiences have been to return to the theater, we had hoped that the more intense sequences had been amplified to a stronger degree. There are also a handful of one-take sequences, with the cuts being well hidden and not feeling showy, though these, too, feel uninspired.

Both of these Hitman’s Bodyguard films are weird beasts, in that they seemingly aim to recapture the magic of ’80s buddy comedies like Lethal Weapon, 48 Hours, or Tango & Cash. Surely these action-comedy blends have their highs and lows, but the action itself is only limited by the capacities of the era. However, seeing what films like Mad Max: Fury Road or the John Wick series can accomplish in the world of action, all while maintaining the authenticity of the worlds being created, The Hitman’s Wife’s Bodyguard feels too mundane. The action isn’t the only element that feels throttled, as other buddy-adventure movies in recent years like The Nice Guys or the 21 Jump Street films prove you can circumvent expectations in the genre either in earnest or as somewhat of a parody to tremendously effective results.

With three leads as charming as the ones featured in The Hitman’s Wife’s Bodyguard, it’s hard not to like seeing them getting caught in one another’s crossfire, in ways both literal and figurative. The slightly altered dynamic created by Hayek elevates the material from its predecessor, while the shorter run time also adds more urgency to the overall experience. Even with those improvements, the film suffers from an identity crisis: it holds back on both the humor and the action to create an experience that seemingly wants to be more grounded, yet never really needs to be. Rather than being a demolition derby between three of the more beloved actors of their generation, it feels more like a game of bumper cars with acceleration inhibitors, constantly pumping the breaks instead of letting its stars go gull throttle.