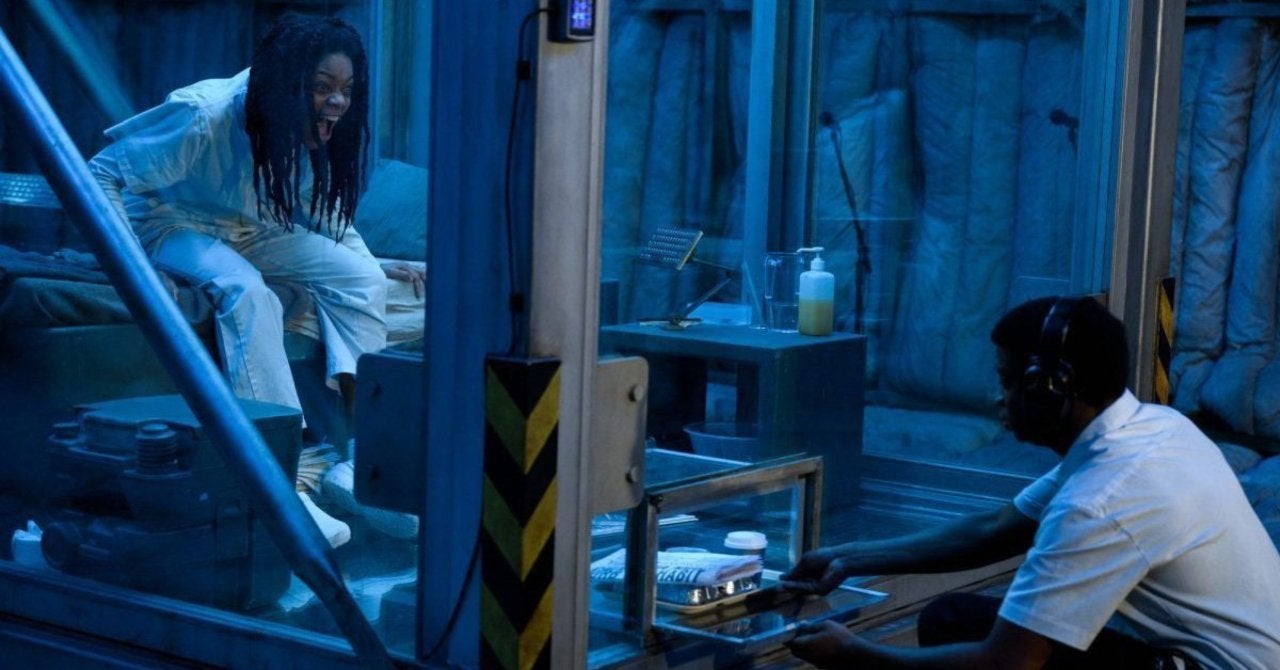 Hitting theaters in just under a month, Venom: Let There Be Carnage will see Venom (Tom Hardy) go up against his arch-nemesis from the comics, Carnage/Cletus Kasady (Woody Harrelson) but Carnage isn’t the only threat that Venom and its host Eddie Brock will face. The film also features Shriek, Cletus’ love interest in comics as well as a terrifying villain in her own right and it seems that as played by Naomie Harris in the upcoming film, Shriek will be every bit as frightening on the screen as well.

“Woody and Naomie brought such unique qualities to their characters, embracing both the fun and fear and walking that line with great skill,” screenwriter Wendy Marcel said in production notes released by Sony. “Woody, as Cletus, has a way of turning on a dime and making you feel like you never quite know if he’s going to kiss you or kill you. When coupled with Carnage, he’s truly terrifying and a real threat to Venom and Eddie. Naomie’s character, Shriek, has her own superpower. She is as psychotic as Cletus and quite the powerhouse.”

Director Andy Serkis also explained that a major component of making Shriek the fearsome character she is was finding the voice. Serkis explained how he and Harris worked on finding that distinctive sound.

“I’ve worked with Naomie a number of times now, and she’s one of the best actresses I’ve ever worked with,” Serkis said, who previously acted with Harris on the feature Sex & Drugs & Rock & Roll and directed Harris on the film Mowgli: Legend of the Jungle. “We talked a lot about what her voice would be – she’s been kept in a soundproof box, unable to communicate verbally for 25 years. How do you make that believable, that this is the first time she’s talked in all that time?”

Harris herself explained that the first time she uses her voice is when she meets Cletus again for the first time in decades and it’s the relationship between Frances/Shriek and Cletus that Serkis also described as being romantic.

“Frances Barrison and Cletus Kasady complement each other,” he said. “It’s another of the film’s love stories: they have suffered trauma after trauma, they have been torn apart, and you long for them to get back together. When they do, it’s romantic, epic, operatic.”

You can check out the official description for Venom: Let There Be Carnage below.

“Tom Hardy returns to the big screen as the lethal protector Venom, one of MARVEL’s greatest and most complex characters. Directed by Andy Serkis, the film also stars Michelle Williams, Naomie Harris, and Woody Harrelson, in the role of the villain Cletus Kasady/Carnage.”

Venom: Let There Be Carnage is now hitting theaters on October 1st.