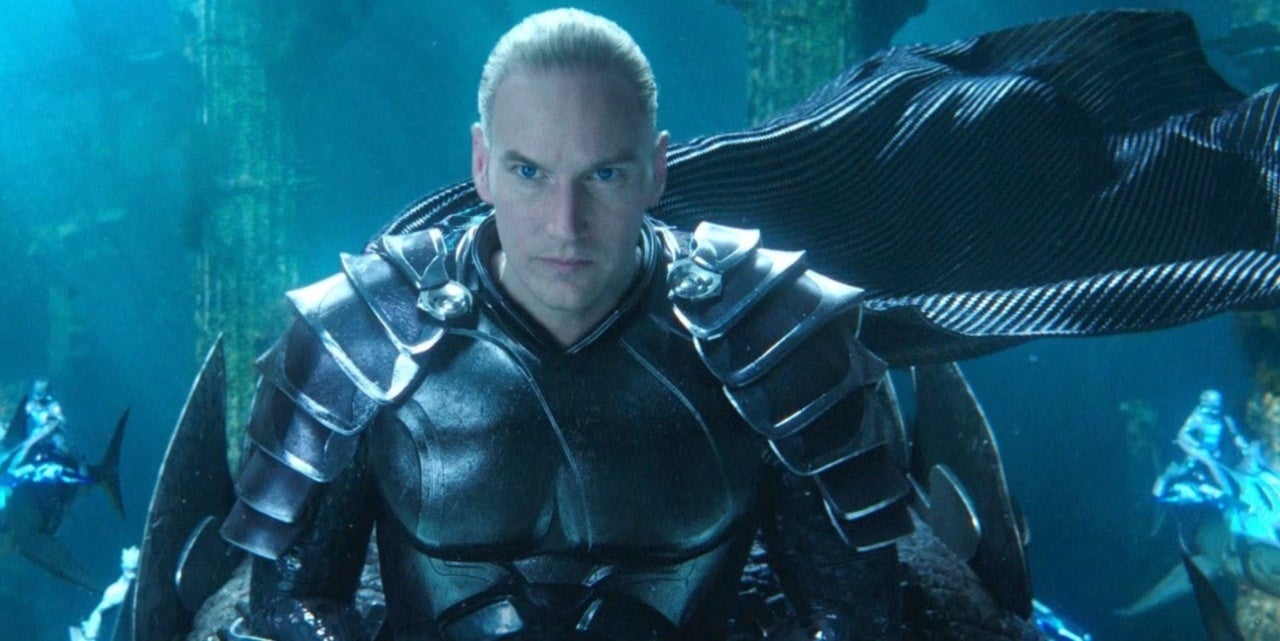 The long-awaited sequel to DC’s mega-hit Aquaman is finally in production, and director James Wan is getting out ahead of any leaks by showing off some first looks at the film’s stars. Over Labor Day Weekend, Wan shared two new photos of Jason Momoa’s titular hero from Aquaman and the Lost Kingdom, revealing the new suits that he’ll be wearing in the film. Early Tuesday morning, Wan took to Instagram to reveal the first look at Patrick Wilson‘s Orm, aka the Ocean Master, who doesn’t look at all like you’d expect.

Wilson is standing next to Wan in the behind-the-scenes photo, sporting long hair and an incredibly long beard. Orm was imprisoned at the end of Aquaman, so it seems likely that’s where he’s been all this time. He’s looking a lot rougher around the edges than he used to, but still just as dangerous as ever. Take a look!

“I found this guy [Patrick Wilson] stranded on a desert beach, doing his Cast Away impression,” Wan wrote in the Instagram post.

Orm is Aquaman‘s half-brother and was the central villain in Wan’s first Aquaman movie. The final showdown between Wilson and Momoa’s characters ended with Orm in prison, and Arthur Curry taking his rightful place in Atlantis. There’s no telling what role Orm will play in Lost Kingdom, as Black Manta is likely going to be the film’s featured villain.

Yahya Abdul-Mateen II will be reprising his role as Black Manta and taking on a much bigger responsibility in the sequel, having only appeared in a handful of scenes in the first movie. Amber Heard is also set to return as Mera, along with Dolph Lundgren’s King Nereus and Temuera Morrison’s Tom Curry.

Aquaman 2 is going to be even more inspired by horror than the first outing, which grossed more than $1 billion at the box office. Wan has gone so far as to compare it to Planet of the Vampires, Mario Bava’s 1965 Italian horror film.

Are you looking forward to seeing what’s in store for the Aquaman sequel? Let us know in the comments!

Aquaman and the Lost Kingdom arrives in theaters on December 16, 2022.