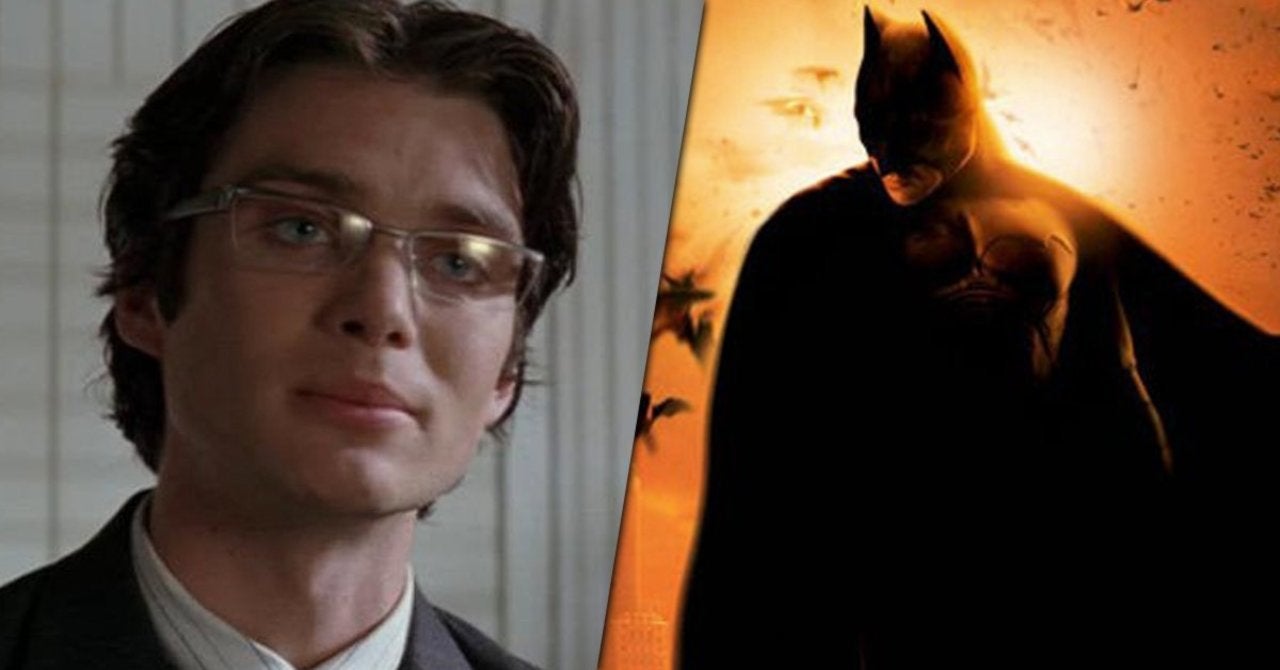 Batman Begins’ main villain was played by Cillian Murphy, but the actor had his sights on being Bruce Wayne instead. The Quiet Place Part II star spoke to The Hollywood Reporter about his screen test for the role. He says that he knew he wasn’t going to get it, but wanted to make the effort. The creative team and Christopher Nolan obviously liked him, because they made him into Scarecrow. In a moment of honesty, Murphy admits that Christian Bale was really the only choice to play Batman. It’s been well documented on the Internet that a lot of fans still hold that Dark Knight Trilogy performance in very high esteem. Check out what he had to say.

“I don’t believe I was close to landing that role,” Murphy revealed. “The only actor who was right for that part at that time, in my estimation, was Christian Bale, and he absolutely smashed it. So, for me, it was just an experience, and then it turned into something else. It turned into that character, Scarecrow, and it turned into a working relationship with Chris. So I think back very, very fondly on that time, but I never, ever, ever considered myself Bruce Wayne material.”

In a previous interview with GQ, he explained more about that interaction. These details include how Nolan found a solution for the actor with Scarecrow.

“I had seen Chris’ movies prior to Batman Begins and I was a huge fan of them,” Murphy explained. “About 10 of us went up for Batman and I was aware that I was clearly not the right material for Batman. So I did a screen test in the whole suit and everything. But Chris said there might be another part. So we met and we chatted, and I ended up playing Scarecrow in the end.”

In the end, the swap made both the director and the actor look great. Scarecrow’s fear toxin is still talked about today. (The villain enjoys a bigger presence than ever in a host of media formats.

“He’s one of the oldest villains in the series so they gave me some of the very early comics, which I read,” Murphy added. “Even though it’s a big studio picture, big studio production, it’s only Chris, his cameraman, and the first AD who are around when you’re shooting. It’s a very private, very calm, very quiet set. There’s not monitors, there’s no video village, there’s none of that stuff. So even though it’s a huge movie it feels like an independent film, and I’ve always felt that the only difference between those films is the resources you have and it’s how you utilize the resources. So Chris is very confident in delivering scale but also he concentrates very much on performance.”

Do you love Christian Bale as Batman? Let us know down in the comments!

‘I don’t feel any the wiser’: uncertainty as wedding Covid rules eased | Coronavirus