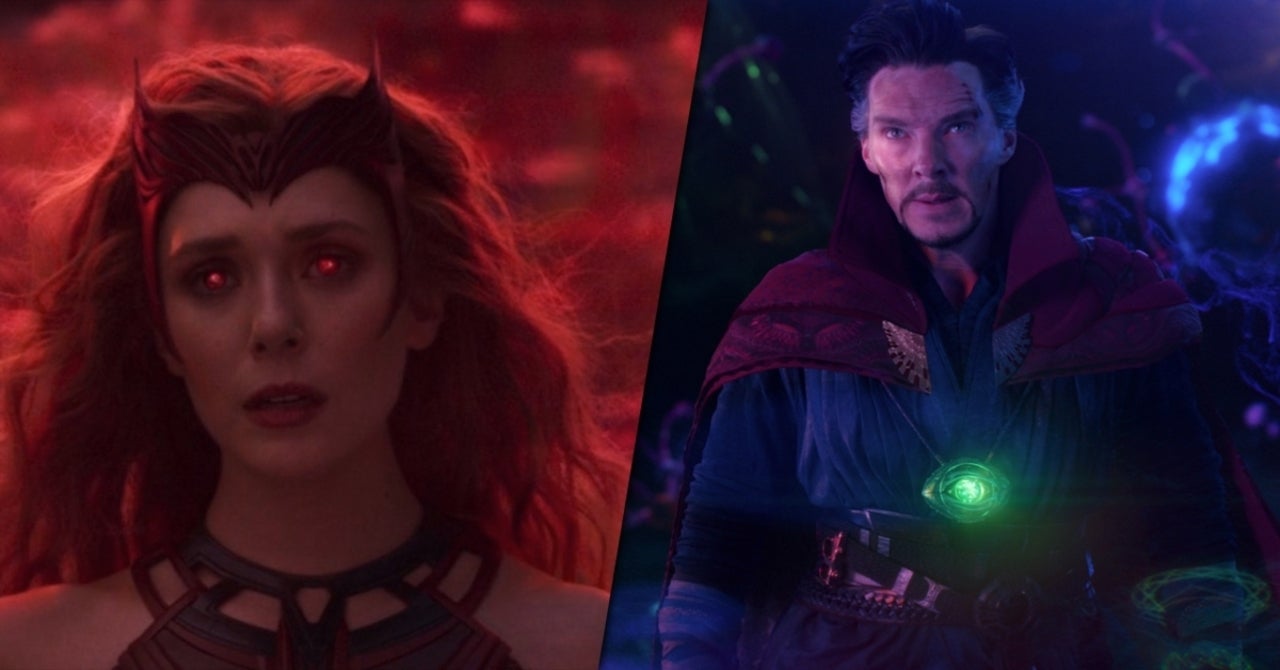 Heading into Doctor Strange in the Multiverse of Madness, Elizabeth Olsen got a seal of approval from Benedict Cumberbatch which gave her an added bit of confidence for what seems to be one of the most ambitious films from Marvel Studios. Olsen recently starred in the WandaVision series which evolved her MCU character from the magically-powered Wanda Maximoff to a full-on Scarlet Witch. She takes the character straight into the Doctor Strange sequel, which Cumberbatch prepared for by watching WandaVision ahead of its release as a means to get a full understanding of where his co-star’s character was coming from.

“He had really positive things to say about how the show ended up,” Olsen told RollingStone. “They showed it to him, I think, before it all aired. I didn’t really know what was happening in Doctor Strange until just before we got back to shooting [the film] during the pandemic in September. That was my first time getting to hear my role. And I was a little nervous that I wouldn’t be able to change certain things in WandaVision in order to support what’s going to happen in Doctor Strange. For any actor, that lack of control can be tough. But he said it is really this perfect journey that you watch her go through, in order to be invested in Doctor Strange, too. So that made me feel good, because I do feel that way myself. I feel we’ve managed to make it make a lot of sense.”

Cumberbatch has a history of wanting all of the information when he is playing these Marvel roles. While Marvel famously gave out incomplete or misleading scripts to some cast members for Avengers: Infinity War and Avengers: Endgame, Cumberbatch demanded to get the story in its entirety. In addition to Cumberbatch’s remarks in regards to Olsen’s work as Wanda, the actress simply started to feel more comfortable in the role after getting to explore it more deeply in the Disney+ series.

“WandaVision also made me feel more confident playing her,” Olsen said. “Working on Doctor Strange immediately after, I just feel like my instincts are right. It feels the way you want to feel all the time, which is kind of hard when you have such little screen time and everything that’s happening not on the page is in your head and not in the writer’s head. But what was really satisfying with this whole project was when Jac [Schaeffer] was pitching it to me, it was as if the answers that I had in my head just as an actress somehow magically made it to her brain without me having to verbalize them to her.”

Are you excited to see Olsen reprise her role as the Scarlet Witch in Doctor Strange in the Multiverse of Madness? Share your thoughts in the comment section or send them my way on Instagram!

Andreessen Horowitz Goes Ham on Crypto with a New $2.2B Fund