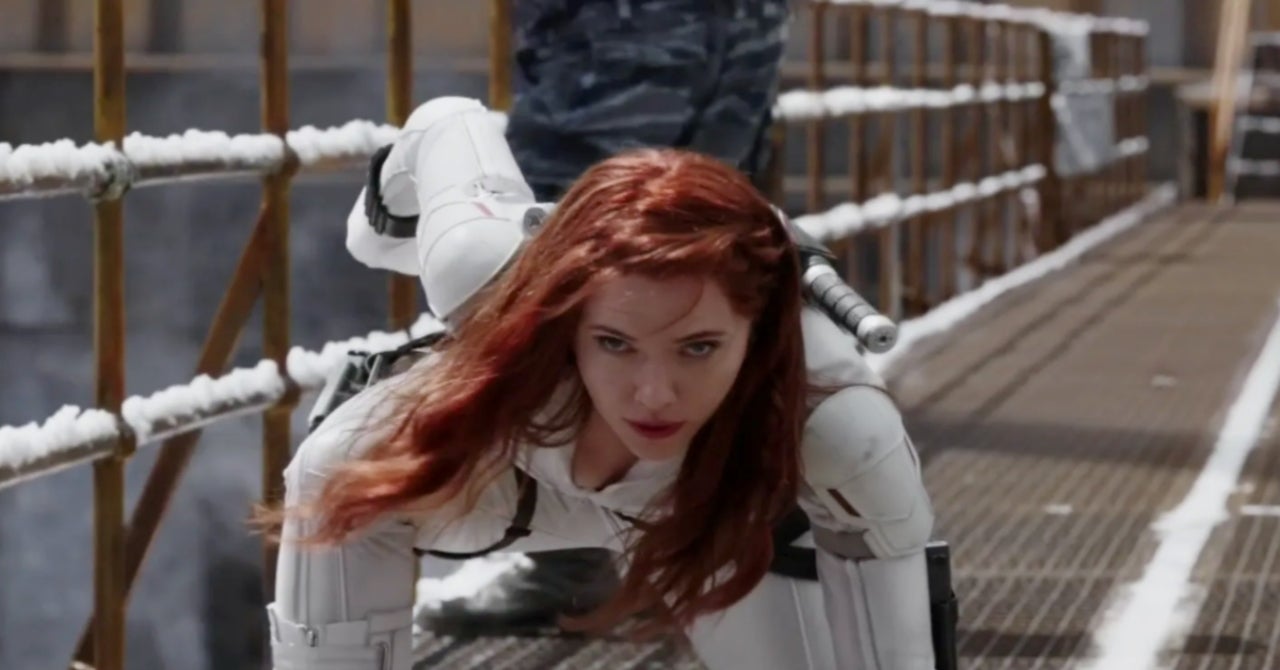 Yelena Belova (Florence Pugh) calls Natasha Romanoff (Scarlett Johansson) a “total poser” when questioning the super-spy’s fighting pose in the latest clip from Marvel Studios’ Black Widow. Both trainees of Russia’s Red Room — a program that transforms young women into deadly Black Widows — the sister figures are reunited when the fugitive Natasha’s past comes back to haunt her in-between the events of 2016’s Captain America: Civil War and 2018’s Avengers: Infinity War. In a clip premiered on Jimmy Kimmel Live, the two assassins take a breather when Yelena asks: “Why do you always do that thing? That thing you do when you’re fighting?”

“With the arm and the hair, when you do like a fighting pose,” Yelena says, acting out a pose we’ve seen in such films as Iron Man 2 and Avengers: Age of Ultron. “It’s a fighting pose. You’re a total poser.”

Both Russian-born spies and assassins, Pugh’s Yelena “stands completely on her own,” Johansson said. “She’s strong and different. She’s so different [to] Natasha.” Their sisterly relationship is at the heart of a story that Pugh calls “raw and painful.”

“It’s about emotions, and it’s about these broken girls trying to come back together again, and trying to fix something that happened. It’s about fixing yourself, and how you do that,” Pugh previously told Indie Wire. “As an idea for a Marvel film, and as a young woman, it’s like, ‘Oh, my God, this is amazing.’ Young women are going to see this, and they’re going to watch Scarlett in her element, and they’re going to watch this storyline, and that’s only a positive thing.”

In Marvel Studios’ action-packed spy thriller Black Widow, Natasha Romanoff aka Black Widow confronts the darker parts of her ledger when a dangerous conspiracy with ties to her past arises. Pursued by a force that will stop at nothing to bring her down, Natasha must deal with her history as a spy and the broken relationships left in her wake long before she became an Avenger. Johansson reprises her role as Natasha/Black Widow, Florence Pugh stars as Yelena, David Harbour portrays Alexei/The Red Guardian, and Rachel Weisz is Melina. The film is directed by Cate Shortland and produced by Kevin Feige.

Black Widow releases in theaters and on Disney+ Premier Access on July 9.