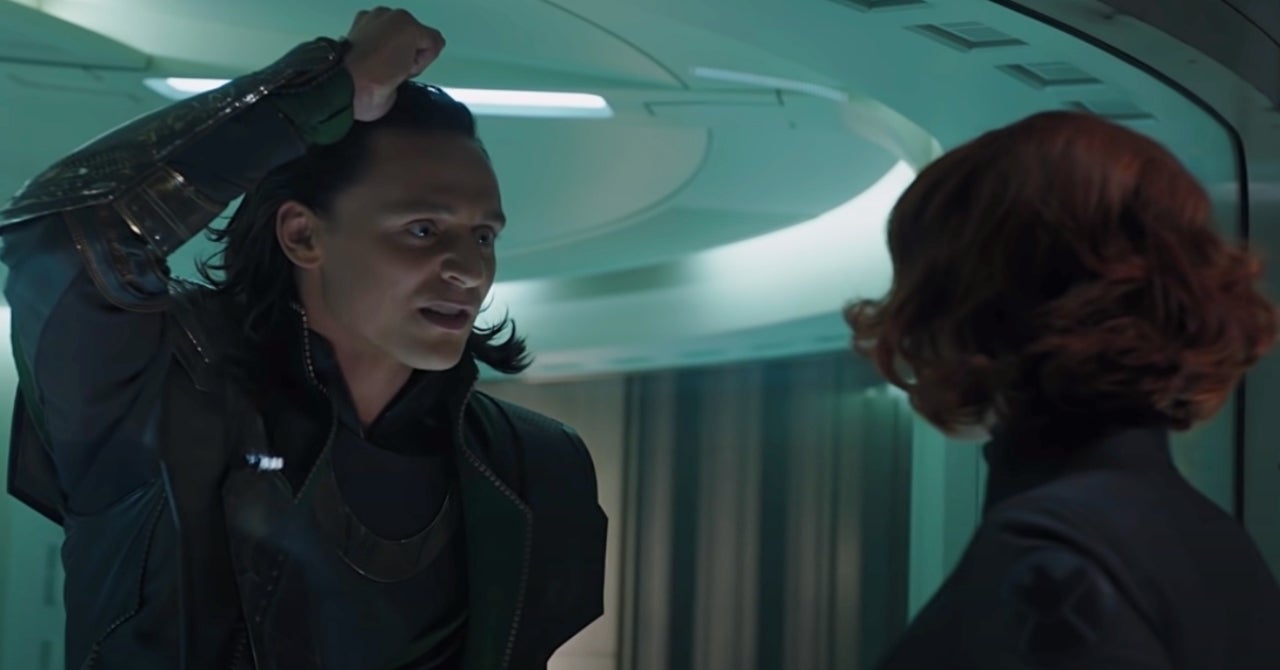 Marvel Studios chief Kevin Feige says the red in the ledger of super-spy Natasha Romanoff (Scarlett Johansson) will be declassified in Black Widow, where audiences will learn the meaning behind Loki‘s (Tom Hiddleston) taunts in The Avengers. In the 2012 blockbuster, the agent of S.H.I.E.L.D. tells a jailed Loki, “I got red in my ledger. I’d like to wipe it out.” The taunting trickster questions if she can “wipe out that much red,” referring to secrets pried from a brainwashed Hawkeye (Jeremy Renner) when he presses Romanoff about “Dreykov’s daughter, São Paulo, the hospital fire … Your ledger is dripping. It’s gushing red.”

“When you have a character like Natasha Romanoff, who has been in the MCU for over ten years, almost everything is an Easter egg. Almost every line, every story point, has been referenced before,” Feige told On The Red Carpet. “Particularly, there’s a scene in Avengers, where Loki is behind glass on the Heli-Carrier and he’s taunting Natasha with things. A lot of things that he taunts her with are things from her past that we didn’t know about, that we learn and see first-hand in this movie.”

Johansson, who ends her 11-year journey in the Marvel Cinematic Universe in the character’s first standalone film, previously revealed another line from The Avengers would be explained in Black Widow. When Romanoff and Clint Barton are under siege during an alien invasion of New York City, Romanoff quips it’s “just like Budapest all over again.”

We all agreed that we had to find out what happened in Budapest. That started out as this throwaway line which Joss Whedon threw into Marvel’s The Avengers as a funny moment between Hawkeye and Black Widow. That’s Clint and Natasha talking about their history, and you get a fun little Easter egg for fans to theorize about. We thought that if we don’t go back to Budapest and find out what really happened there, people will feel unsatisfied. I wondered what did happen there?

We often talked about what is going on in Natasha’s head. I really think that Natasha is haunted by the fact that she has this past that she feels so guilty about. Unfinished business is that sense of guilt that follows her around, which all stems from what happened in Budapest. Black Widow is not about what happened in Budapest, but it’s a huge jumping-off point for us to understand the heaviness of Natasha’s burden.

NIL Could Complicate Matters On The Academic Side, Educator Warns