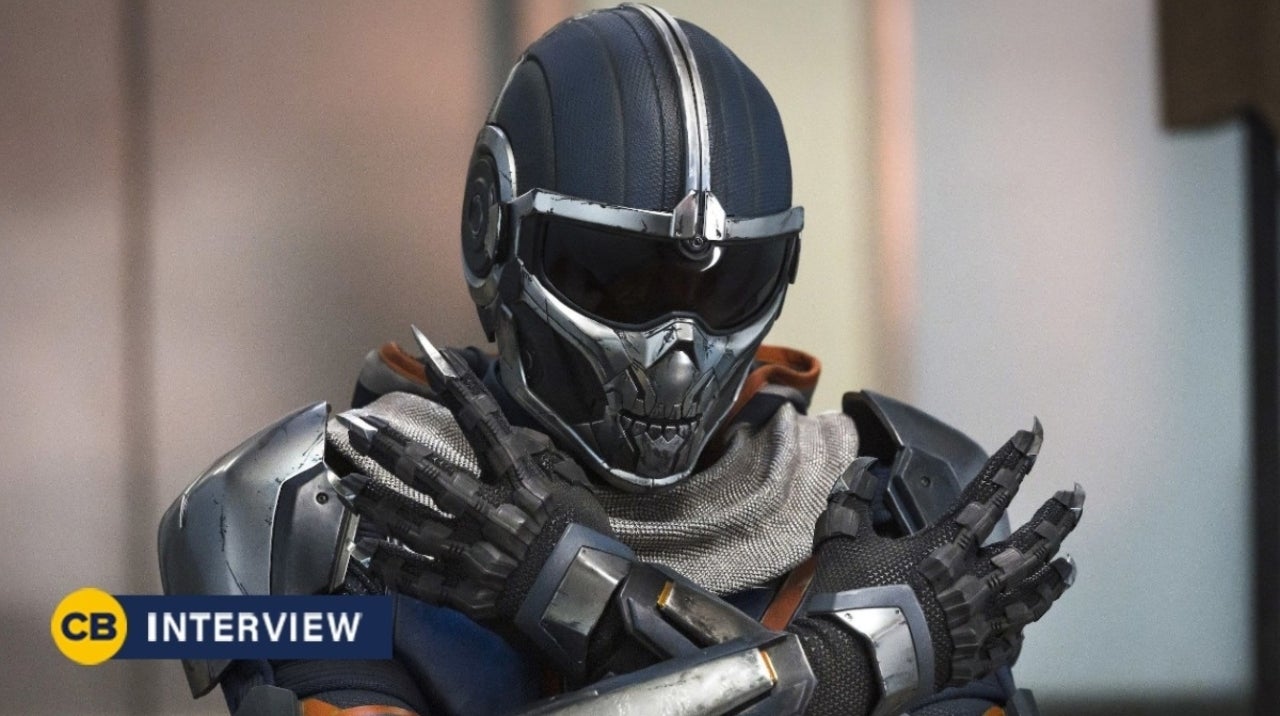 Black Widow is now playing in theatres and is available to buy on Disney+ Premier Access, and the movie has been met with mostly positive reviews. The MCU film is currently “Certified Fresh” on Rotten Tomatoes with an 81% critics score and 92% audience score. ComicBook.com gave the movie a 4.5 out of 5 and called it “a triumphant theatrical return for Marvel.” There are a lot of unexpected moments in the film, including the identity reveal of Taskmaster. Warning: Black Widow Spoiler Ahead! It’s revealed towards the end of the film that Taskmaster was Dreykov’s daughter and not Tony Masters from the comics. ComicBook.com recently had the chance to chat with the woman behind the mask, Olga Kurylenko, and she teased her future with the MCU.

“That’s what’s so exciting about her. There are so many directions she could go. She could go so many different ways. And because there’s a battle in her between the good and the evil, and she has both and she is both, obviously she has the skills, but in the end, as you say, that spell is off her and she’s not under control anymore. So there is this potential freedom and it could go that way. Who knows?
The thing is, it’s exciting. It could be anything. There’s a lot to explore. But the skills are indeed incredible and, yeah, the character could, I mean, do a lot,” Kurylenko shared.

“Everyone asks me that question,” she added when asked about teaming up with or fighting another MCU character. “And it’s hard to pick one because they’re all different and they’re all great, and I always say since Taskmaster can mirror the others, wouldn’t it be cool if he’s just facing all of them and maybe at the same time? That would be such a cool fight because it’s like fighting yourself, right, when you fight Taskmaster because I’ll be replicating all their moves. So anyone could be great.”

While many people are loving Kurylenko as Taskmaster, some fans were upset that the character wasn’t the same as in the comics. In fact, Black Widow writer Eric Pearson recently told ComicBook.com that he’s gotten some hate mail over the decision, and explained the good reasoning behind making Taskmaster Dreykov’s daughter.

“Taskmaster was going to be involved and there was versions before I came that was Tony Masters,” Pearson explained. “I kept thinking, I was like, ‘Can this guy somehow not just be a goon?’ Because Dreykov in the Red Room is the thing that’s tied into Natasha personally in her past of giant, nefarious, that as we learned, the spy station, that is circling the globe in the atmosphere. Why is there this guy? Why would this guy be an arm of them? That’s what I kept trying to be… Trust me, I looked very, very far for how do we get this Tony Masters guy to believably be an agent of the Red Room? And then just leaned more towards other things were making sense, other parts of the puzzle were adding up.”

He continued, “Oh, they stole from Ohio the cellular blueprint of the basal ganglia, the way to deconstruct freewill. Okay. They’ve got the ability to rebuild the mind. Oh, Dreykov’s daughter, Natasha used her as bait, blew her up. Well, what if she didn’t survive and this guy who has a lot of brain science, was that a good way to find these photographic reflexes? It just seemed to make more sense. I mean, that’s the good thing, is they really, at Marvel, they treat you for your story. Is this working for your story? And everyone felt like it was so we went with it. It felt like it made it more personal and I mean, I hope that fans like it. I know that some won’t.”

Black Widow is now in theaters and streaming on Disney+ Premier Access. If you haven’t signed up for Disney+ yet, you can try it out here.

Lessons From The Global Chip Shortage

Eurozone out of recession after economy grows 2%