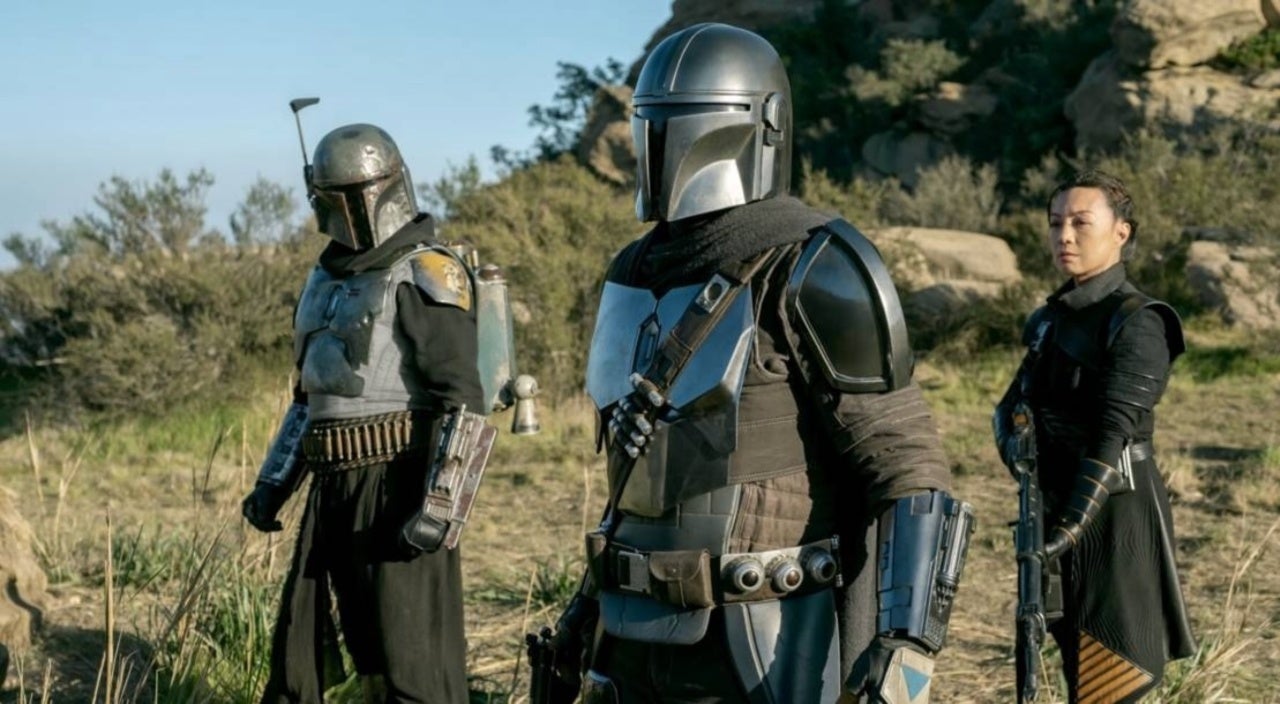 At the end of last year, the season finale of Star Wars: The Mandalorian ended with an epic post-credits scene reveal: the series would be getting a spin-off titled The Book of Boba Fett, which would star Temuera Morrison in the titular role as well as Ming-Na Wen as Fennec Shand. Back when the series was announced, it was said that while it would be separate from The Mandalorian, the new show would still be done by the same creative team. That means fans can probably expect some crossovers. In fact, it was recently rumored that more characters from The Mandalorian would be popping up on The Book of Boba Fett, and Collider is the latest source to say the same.

According to the report, The Book of Boba Fett has officially wrapped production, and sources have told Collider to expect the series to feel like “The Mandalorian Season 2.5.” Robert Rodriguez, who directed Boba Fett’s return in “Chapter 14” of The Mandalorian, is an executive producer on the series alongside The Mandalorian‘s Jon Favreau and Dave Filoni. The new report adds that more characters from The Mandalorian are “slated to appear,” but it doesn’t mention any names.

During a recent episode of Kessel Runs Transmissions, it was rumored that the potential character crossovers could include Carl Weathers’ Greef Karga and Timothy Olyphant’s Vance Cobb. However, the only official word as of now is the return of Morrison and Wen.

“We didn’t want to spoil the surprise during the big Kathleen Kennedy announcement of all the shows, so they let me keep this one a secret,” Favreau told Good Morning America after Book of Boba Fett did not appear as part of the Lucasfilm president’s Star Wars slate revealed at Disney Investor Day in December.

The filmmaker added, “So this is actually separate from The Mandalorian Season 3. But what we didn’t say in that announcement is the next show coming up — what Kathy called ‘the next chapter’ — is going to be The Book of Boba Fett, and then we go into production right after that on The Mandalorian, back with the main character [Din Djarin] that we all know and love… pretty soon following that.”

The Book of Boba Fett isn’t the only spin-off that’s expected to tie into The Mandalorian. During Disney Investor Day, Kennedy also announced a batch of new projects and shared that an Ahsoka series starring Rosario Dawson would tie in with The Mandalorian. The same was originally said of Rangers of the New Republic, which was also announced in December, but the show has since been removed from active development.

Star Wars: The Book of Boba Fett is expected to premiere on Disney+ in December.

Who Pays For The Convenience Of Credit Cards?