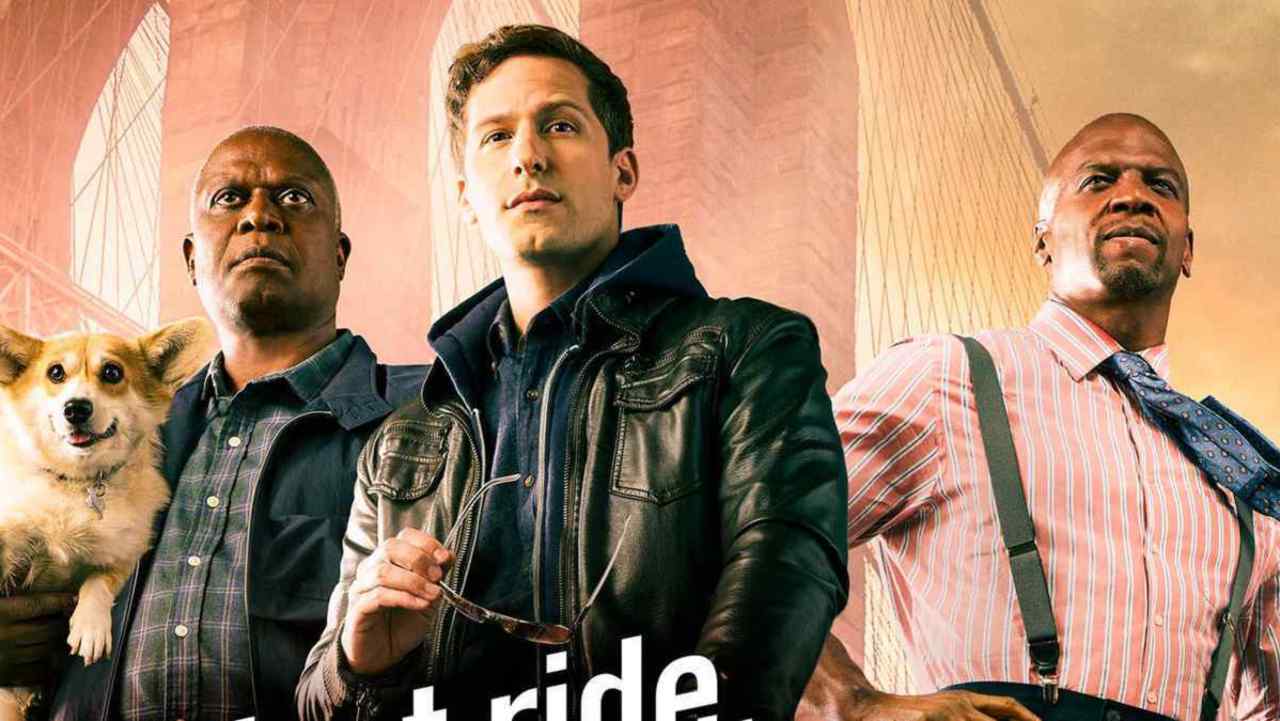 Brooklyn Nine-Nine has revealed the poster for the final season. The beloved show will be getting things underway on August 12th. Emotions have been high since the announcement. For a lot of sitcom fans, this one held some real weight. Fox actually canceled Brooklyn Nine-Nine back in 2018, but NBC stepped in to pick it up to the chorus of cheers from fans. The events of last year have led to some tinkering ahead of the final salvo of episodes. But series stars Andy Samberg, Andre Braugher, Terry Crews, and Stephanie Beatriz have all voice their support for adapting. This is also a shrewd move by NBC to have the Olympics lead into the final episodes to ensure maximum viewership. For Crews, he’s proud of the work that the team has done and is looking forward to the final season and the reaction from fans.

Hop in. Season 8 is going to be a wild ride. #Brooklyn99 pic.twitter.com/daH3yfE5Uj

“We’ve had a lot of somber talks about it and deep conversations and we hope through this we’re going to make something that will be truly groundbreaking this year,” Terry Crews told Access Hollywood last year. “We have an opportunity and we plan to use it in the best way possible. Our show-runner Dan Goor, they had four episodes all ready to go and they just threw them in the trash. We have to start over. Right now we don’t know which direction it’s going to go in.”

Melissa Numero spoke to ComicBook.com about the upcoming season this summer as well.

“It’s going, we just wrapped on episode five,” Fumero told us. “So we’re like midway through, a lot of kind of misty moments happening on set. I will say, as we all start to think about and talk about (it), it feels really weird to be doing something where you know the last day is gonna be so sad and you’re probably gonna cry a lot, you’re like a month away from crying all the time. It’s like a really strange feeling. So we have a lot of moments where it’s like, it’s too soon, it’s too soon. We’re not there yet, we’re not there yet. And we’re just trying to like have fun, like we’re shooting any season of Brooklyn.”

The final season of Brooklyn Nine-Nine premieres on August 12th on NBC.

Are you looking forward to the last season of Brooklyn Nine-Nine? Let us know down in the comments below!

The World Is Suffering from Champlain Towers South Syndrome