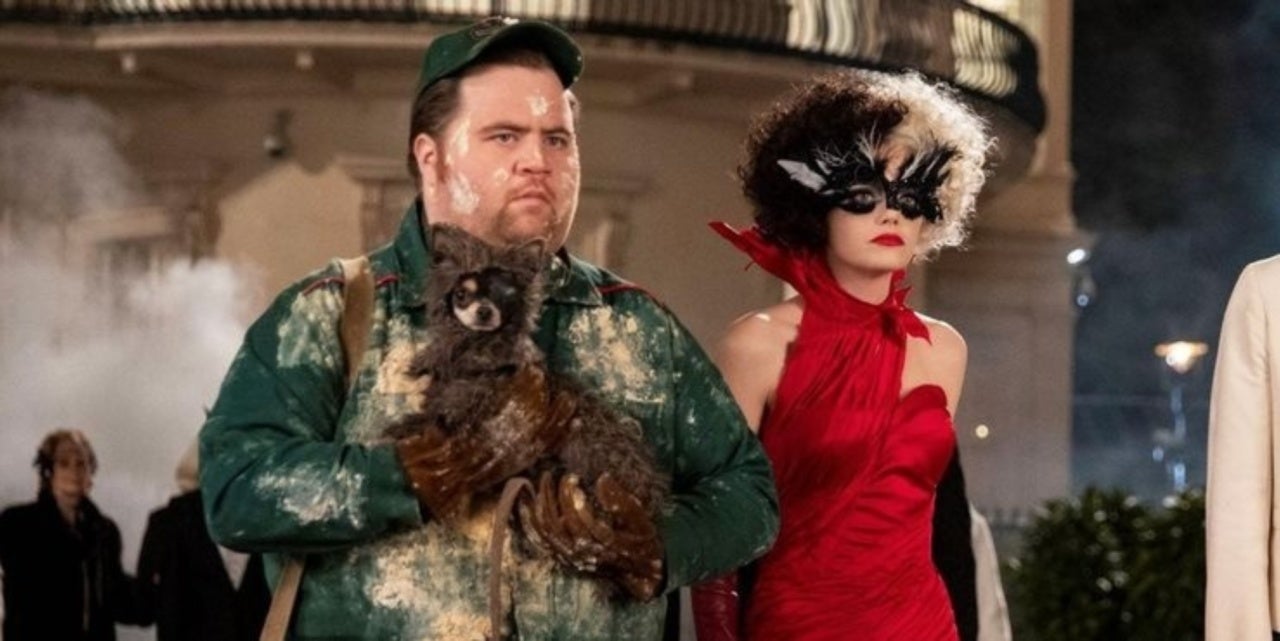 Rather than making dogs the infamous victims of a Cruella story with the new take on the 101 Dalmations villain, the new Cruella movie propped up one dog as a useful sidekick in the form of Wink. The little dog stole the show in several scenes, supporting Estellla’s team by wearing disguises or fighting off henchmen. As it turns out, the filmmakers behind Cruella had a feeling that Wink would be a fan-favorite character of the film and director Craig Gillespie opened up about the thought in a recent interview following the movie’s release in theaters and on Disney+.

“It’s funny, we were shooting that scene at the Black and White Ball, and there was a shot of Wink, in the rat outfit and the eye patch, and we’re pushing in on him and he’s growling at the camera,” Gillespie told Collider. “I was just focused on getting the shot, pushing in, and getting the growl at the right time. I stopped and turned around, and the crew behind me was just cracking up. My continuity script person was in tears and I was like, ‘What’s going on? Did I miss something?’ They were like, ‘No, the shot is just so damn adorable.’ He really became a star, at that point. Once he put on that rat outfit, that was it.”

A sequel to Cruella has not yet been confirmed by Disney but the film is getting rave reviews and even better audience scores. If Gillespie had it his way, we would dive further into Emma Stone’s character. “I feel like we’ve only just met her. I’d love to now see the full-blown Cruella, fully loaded,” he said. “She’s managed to get the support system around her and she can really expand on her brand. I’d love to see where that takes her and how you could almost destroy her from inside out, if she’s not careful with all that power.”

More importantly, though, Gillespie would only want to return to this world for more if he had this same team with him. “It was such a joy to work with everybody, and Tony writing it, and Disney was so supportive,” he said. “They really fostered a feeling of safety where we could just really go for it without the repercussions. We all were pushing it all the time and thinking, “I don’t know if Disney’s gonna be okay with this,” but they would always call and be okay.”

What was your favorite part of Cruella? Drop your thoughts in the comment section or send them my way on Instagram!

Meet All Elite Wrestling’s Tony Khan, The Next Lord Of The Ring