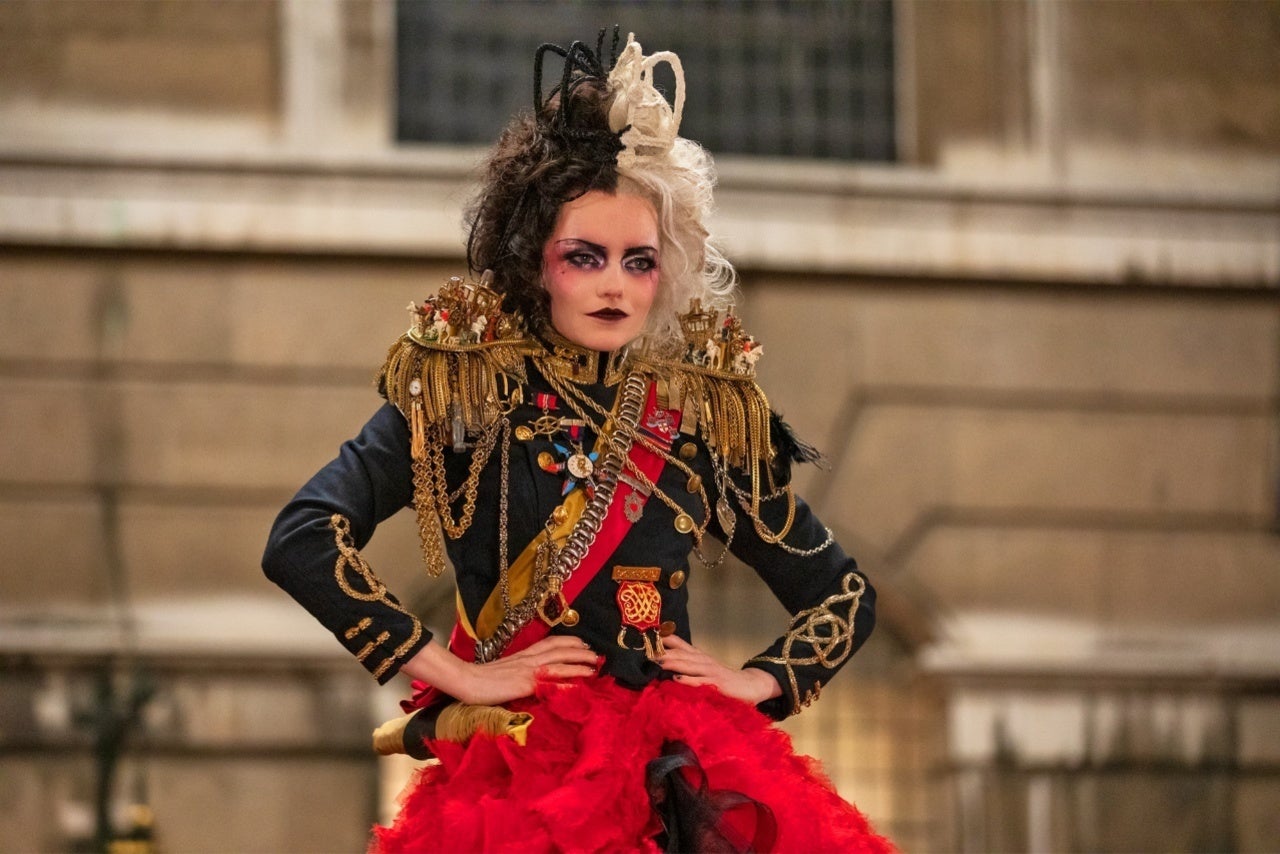 Cruella made its debut in theaters and on Disney+ Premier Access over the past weekend, and the 101 Dalmatians prequel has definitely given fans quite a lot to take in. In addition to the immaculate costumes and the inspired performances from its ensemble cast, the actual plot of Cruella has been courting attention in its own right online. Some have argued that the story of the film is much darker than what viewers might usually expect from Disney, but as the film’s star recently pointed out, there’s probably a good reason for that.

“Surprise is hard when you’ve been attached to the movie for four years and you’ve seen many different incarnations of the script,” Emma Stone, who starred as the film’s titular character, recently told Variety. “I wasn’t surprised because I had seen all the permutations it was going through.”

“I thought that this was a really exciting and interesting reimagining of a character that we feel like we know on a surface level,” Stone continued. “It was fun to go deeper into what makes her tick and what makes her so evil.”

As those who have seen the film know, Cruella‘s origin story veers off into some unexpected directions, especially with regards to the character’s hatred of Dalmatian dogs. As the film goes along, her tragic backstory — with her spending years believing that Dalmatians were responsible for the death of her mother — is only further compounded on, with backstabbing, attempts at murder, and other dramatic moments.

Even from the moment the film’s first trailers came out, the darkness of its tone was picked up on by fans, with many drawing comparisons to the 2019 film Joker.

“[Cruella is] very different from Joker in many ways,” Stone explained in an interview earlier this year. “I would never even remotely compare myself to Joaquin Phoenix. I wish I was more like him.”

“There are some really deep, emotional things that Cruella’s dealing with that send her to the villainous darker side. So in that sense, it is [similar to Joker],” director Craig Gillespie added. “But it’s definitely its own thing. Just to sort of reframe Cruella, I thought it was important to show this darker side of her.”

Cruella, which is set in 1970s London amidst the punk rock revolution, follows a young grifter named Estella, a clever and creative girl determined to make a name for herself with her designs. She befriends a pair of young thieves who appreciate her appetite for mischief, and together they are able to build a life for themselves on the London streets. One day, Estella’s flair for fashion catches the eye of the Baroness von Hellman, a fashion legend who is devastatingly chic and terrifyingly haute, played by two-time Oscar winner Emma Thompson (Howards End, Sense & Sensibility). But their relationship sets in motion a course of events and revelations that will cause Estella to embrace her wicked side and become the raucous, fashionable and revenge-bent Cruella.

Cruella is now playing in theaters and is currently available through Disney+ Premier Access. If you haven’t signed up for Disney+ yet, you can try it out here.

Nintendo factory to be turned into gaming museum

Nintendo factory to be turned into gaming museum