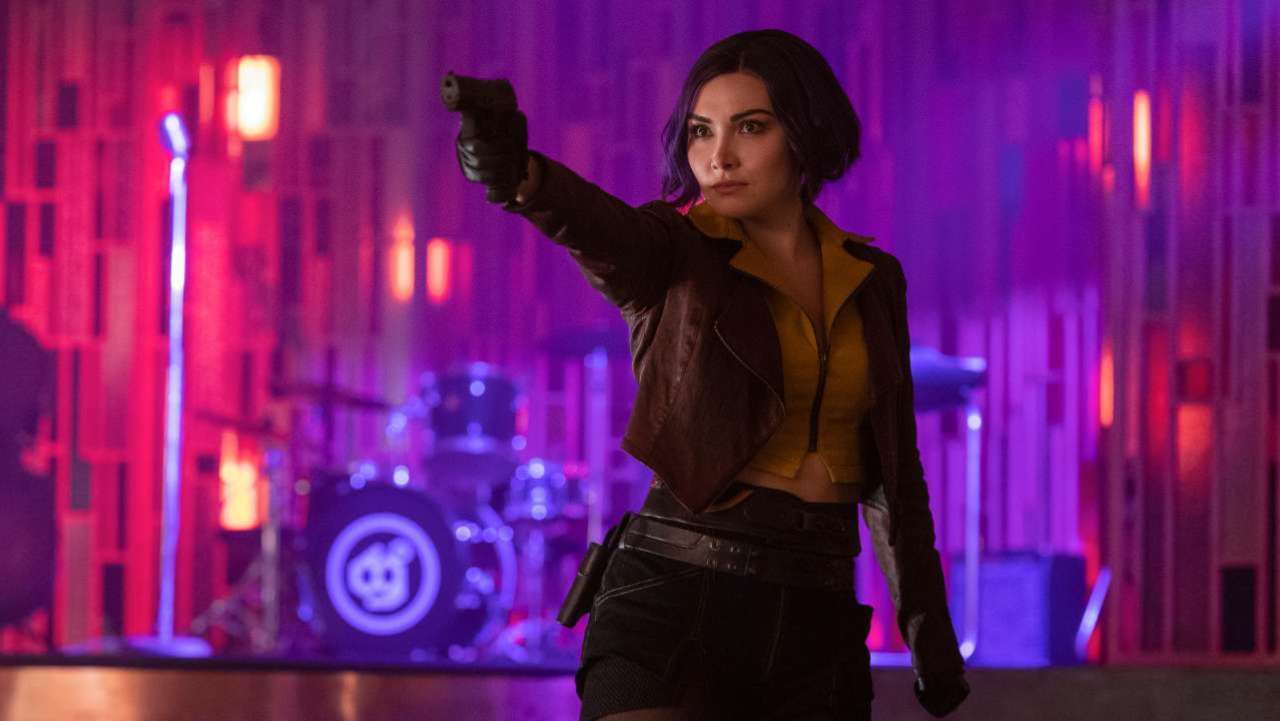 Daniella Pineda, who stars as Faye Valentine in Netflix‘s live-action adaptation of the beloved anime Cowboy Bebop, has a message for fans rankled over her character’s wardrobe. Those fans got their first look at Pineda a Faye, and the rest of the show’s cast, via the first look photos Netflix released earlier this week. Certain Cowboy Bebop fans complained that Pineda’s look wasn’t close enough to the revealing and impractical red shirt, low-cut top, and short shorts that the character’s animated version wore. Pineda’s costume pays homage to the original through color choice. Still, it is more realistic, allowing the real-life human being wearing it the freedom to move in it in a way that the costume designed for a cartoon character wouldn’t have done.

Pineda took to the internet to remind fans of the reality of bringing a once two-dimensional (physically) character to life in live-action. She also remarks on how unrealistic Faye’s build from the anime is in reality.

“First, I wanted to apologize to the fans that I did not anatomically match the Faye Valentine character,” she said. “Six foot, double-D sized breasts, two-inch waist. You know, they looked everywhere for that woman and they couldn’t find her, it was kinda weird. So they just went with my short ass, I know, am I right?”

Continuing, she said of the costume design, “You know, we tried, but doing stunts in tissue paper, things disappear, they rip, sometimes just got lost… Anyway, like I was saying, that original costume, they made a couple of them, but like I said, they got sort of slurped up in my various crevices, never to be retrieved again, so we needed to build something that could withstand the test of time.”

Certain folks online are trying to spin this as Pineda insulting fans. Other fans have jumped up to defend the actress. You can see some examples below.

What do you think? Let us know in the comments. Cowboy Bebop debuts on Netflix on November 19th.