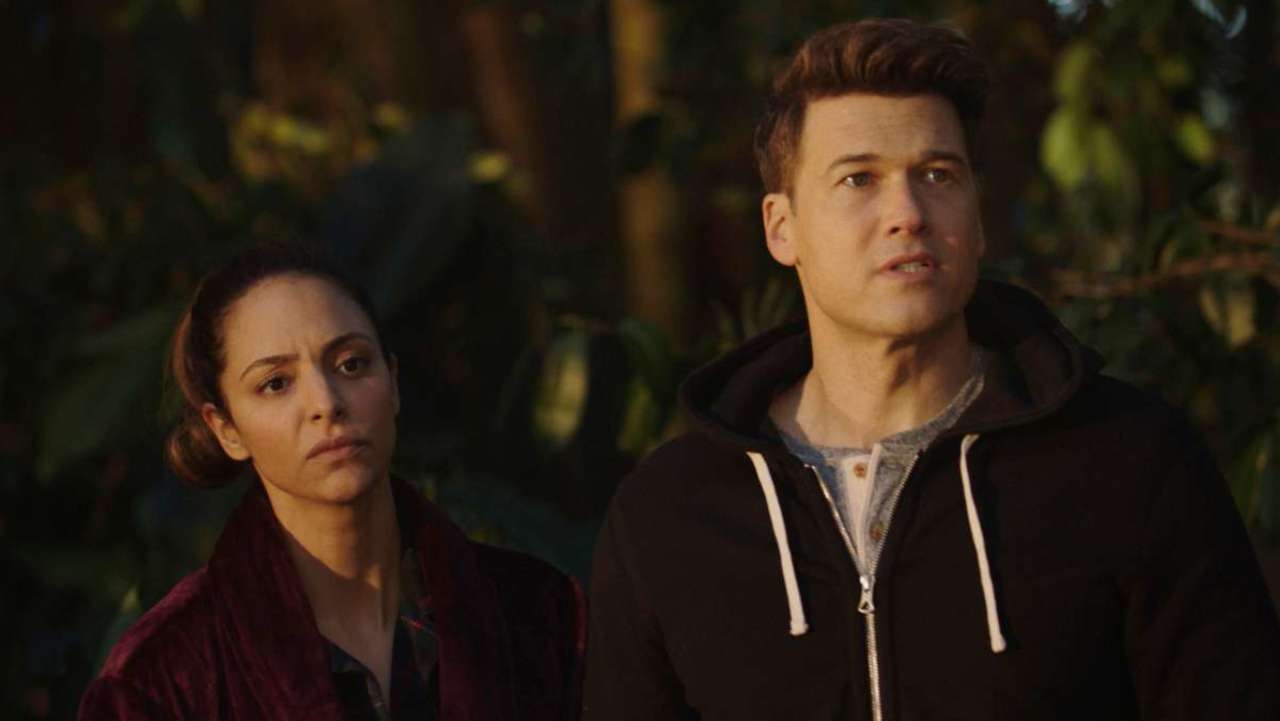 The CW has released the synopsis for “Bad Blood”, the tenth episode of DC’s Legends of Tomorrow‘s sixth season. The episode is set to air on Sunday, July 18 at 8/7c. With Sara Lance (Caity Lotz) back with the Legends after spending the first part of the season lost in space, things seem to be getting back to whatever madness the Legends call normal. This normal includes Constantine’s (Matt Ryan) determination to get his magic back, which means his hunt for the Fountain of Imperium, and it seems that he can’t do it alone.

Per the synopsis, Constantine will bring Spooner (Lisseth Chavez) with him on his quest to find the Fountain of Imperium, but the quest may not go quite the way he plans as Spooner will find herself bonding with someone she feels she needs to protect from him. On top of that, back on the Waverider the rest of the team will have their own things to deal with while Sara and Lita (Mina Sundwall) worry about Rory’s (Dominic Purcell) health and try to convince him to take things a bit more seriously. And if you’ve been watching Legends for any time at all, then you already know that serious just isn’t Legends‘ style.

You can check out the official episode synopsis for “Bad Blood” below.

THE CYLCE OF LIFE – With Constantine (Matt Ryan) obsessed with getting his powers back, he convinces Spooner (Lisseth Chavez) to join him on the quest to find the Fountain of Imperium. After they find themselves at the end of the Spanish Civil War, Spooner makes an unexpected bond with someone she feels the need to protect them from everyone, including Constantine. Now that they have a special guest on board the Waverider, Nate (Nick Zano), Zari (Tala Ashe), Behrad (Shayan Sobhian), Gary (Adam Tsekham) and Astra (Olivia Swann) all work together but experience some growing pains along the way. Meanwhile, Sara (Caity Lotz) and Lita (guest star Mina Sundwall) are concerned about Rory’s (Dominic Purcell) health, so they try to convince him to take it seriously. Jes Macallan also stars. Alexandra La Roche directed the episode written by Grainne Godfree.

Have you been enjoying the sixth season of DC’s Legends of Tomorrow thus far? Let us know in the comments!