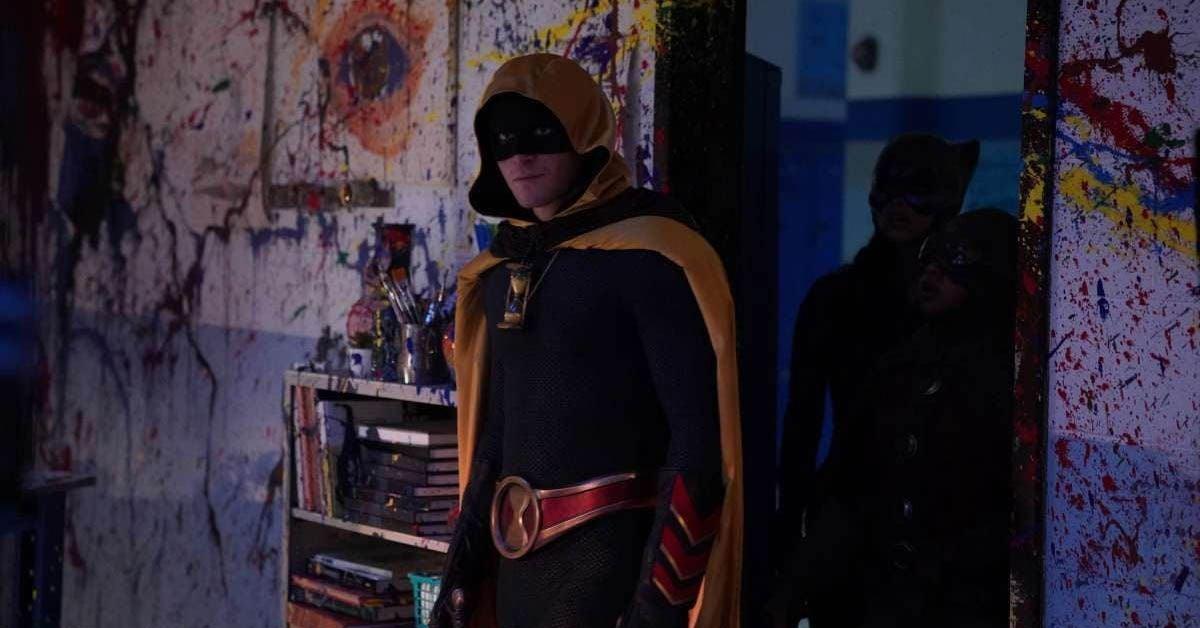 The CW has released a new synopsis for “Summer School: Chapter Eight” the eighth episode of DC’s Stargirl‘s second season. The episode is set to air on Tuesday, September 28th and from the sound of things, both Rick (Cameron Gellman) and Beth (Anjelika Washington) are going to be having a pretty difficult time of things, though with a couple of episodes before we get to “Chapter Eight”, exactly why is a bit of a mystery, at least when it comes to Rick. Per the synopsis, Rick’s world is “crashing down around him” which leads him to focus on protecting Solomon Grundy, who he has been secretly feeding in the woods all season thus far. Beth’s difficulty appears to come at the hands of Eclipso (Nick Tarabay), which is a pretty terrifying prospect.

In this week’s episode, “Summer School: Chapter Five”, we got our first real taste of the threat Eclipso poses for the Justice Society of America. In the episode, Eclipso manipulated a teacher, Mr. Deisinger (Randy Havens), and then began to make Rick, Beth, and Yolanda (Yvette Monreal) each see horrible visions, preying upon their worst fears. Tapping into that personal pain is part of what makes Eclipso an extremely dark and difficult foe for the JSA, one that might just be a little outside the team’s depth and one that the adults in the know are certainly very concerned about.

“Eclipso is pretty formidable and all about darkness, which is great to go up against somebody who is all about light, like Courtney and the Justice Society,” series creator Geoff Johns said of Eclipso previously. “There’s these colliding ideologies and powers and drives that really help generate strong emotional stories, that challenge each of our characters individually. They each go through something that is really personal to them. That’s what Eclipso does best. He makes things very personal. He turns over rocks that you might not want him to turn over.”