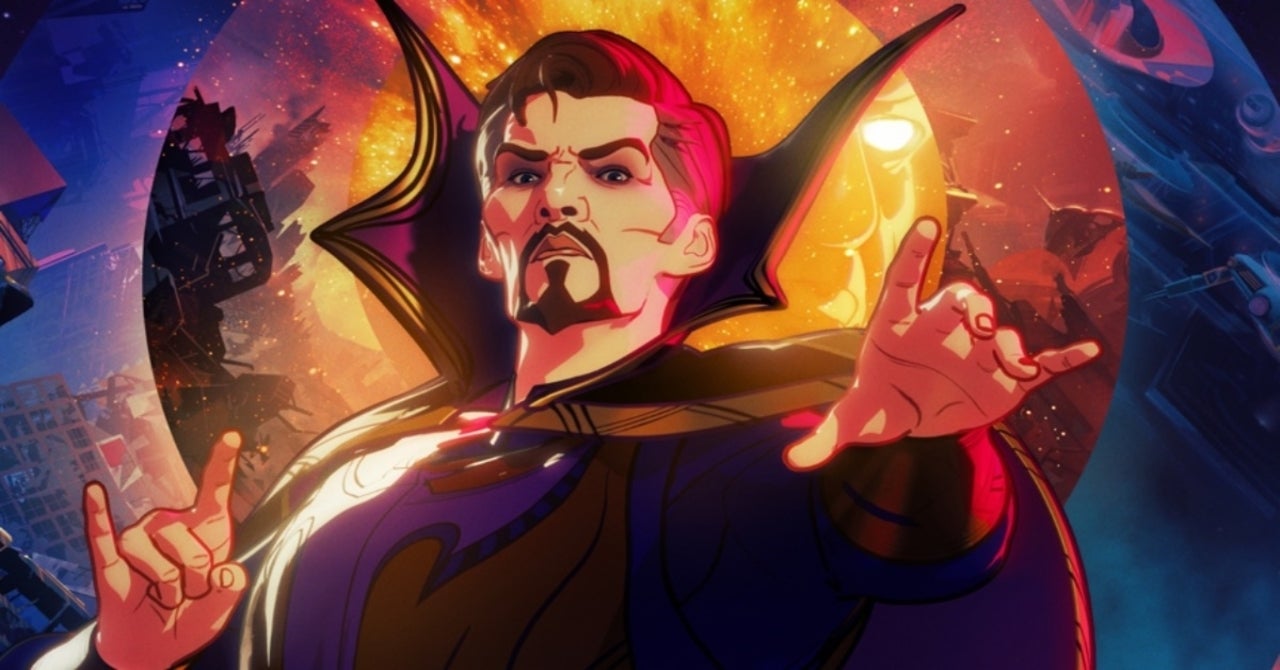 Doctor Strange Supreme (voice of Benedict Cumberbatch) conjures up something dark in a new poster released ahead of Marvel’s What If…? Episode 4. In the episode premiering September 1 on Disney+, a dark Doctor Strange reportedly discovers sorcery after the death of his “true love,” leading him down a path of “dark and dangerous magic in an attempt to change his past.” 2016’s Doctor Strange introduces Stephen Strange as a gifted but arrogant surgeon who becomes a Master of the Mystic Arts when he seeks a magical cure to his damaged hands. But what if Doctor Strange reigned Supreme?

“I was really taken by the Doctor Strange episode, which you will see when you get there. For some reason, it just really pulled at my emotions,” Jeffrey Wright, who voices the all-knowing Uatu the Watcher, previously told EW about the Doctor Strange Supreme episode. “And as well, it becomes a story of interest to The Watcher too, so in that way, we kind of see things from a similar perspective. So yeah, check out the Doctor Strange one when it comes. When you land on that one, you’ll land in a place where I sat up even further in my seat.”

Head writer A.C. Bradley named the Doctor Strange-riffing episode as one of her favorites, telling Kakuchopurei, “The Doctor Strange episode was a very special one to me for writing, and going into it, I was quite scared because it features some very heavy themes. I don’t think it’s a spoiler to say that it deals with flaws and tragedy.”

“Once I sat down and started working on it, it was actually a very rewarding experience because we got to play around with why does loss hurt so much and because it all comes down to love,” added Bradley, who scripted the Captain Carter (voice of Hayley Atwell) and Nick Fury (voice of Samuel L. Jackson) episodes. “Only the things we love can hurt us. This is the most human episode of the lot, but it also has some beautiful imagery, some amazing action, and hopefully a few good twists.”

New episodes of Marvel’s What If…? premiere Wednesdays on Disney+.

Congress to NASA: What comes after the International Space Station?