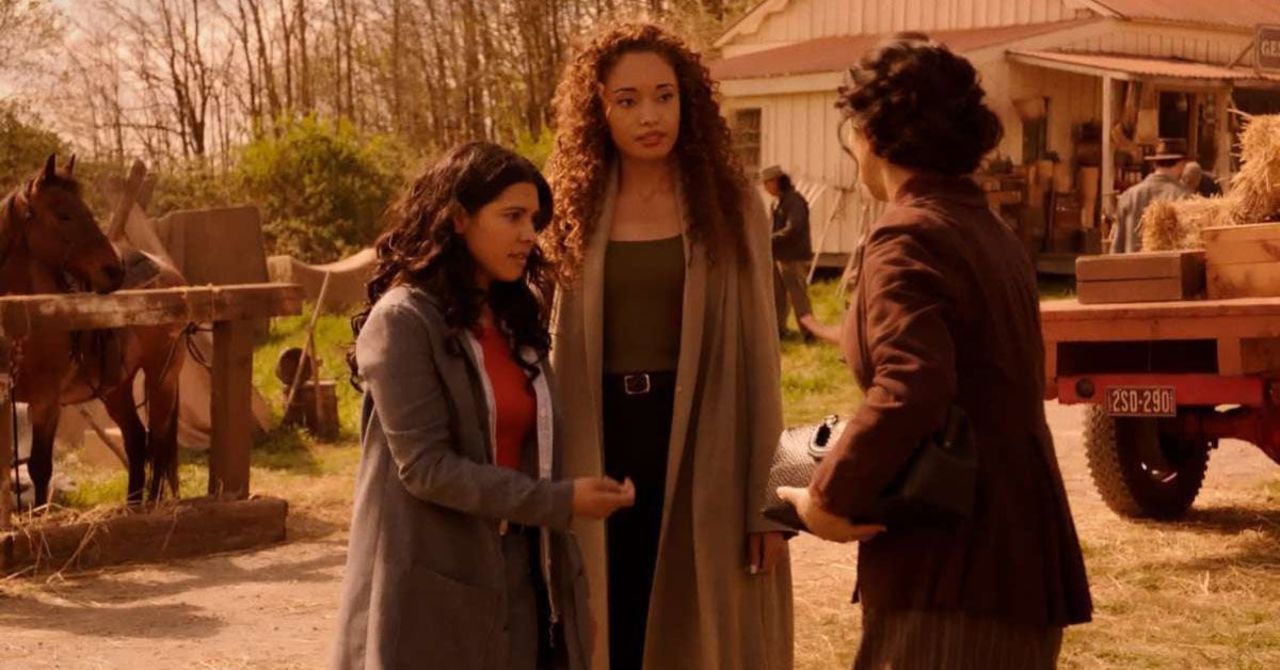 Last night’s episode of DC’s Legends of Tomorrow, titled “There Will Be Brood,” left things in a pretty rough place. Three different Legends are either dead or clinging to life, while the Fountain of Imperium has been destroyed — something that has much bigger consequences for humanity than anyone could have guessed before now. With this week’s announcement that Despero will be heading to The Flash to face off with a couple of former Legends in the “Armageddon” crossover beginning in November, we have to wonder: is it possible that by messing with the Fountain of Imperium, John Constantine may have inadvertently caused “Armageddon?”

In the final moments of the episode, Bishop reveals that, since humanity doesn’t want his help perfecting themselves, they all deserve to die. To that end, he helps John Constantine fool the Fountain of Imperium into believing that he is worthy of its magic. The Fountain, Bishop explains, is actually a sentient alien being, which helps protect humanity from alien threats. Killing John Constantine after he has merged with the Fountain, effectively destroys the Fountain, and leaves Earth defenseless.

Obviously, anything can happen next week. It’s unlikely that all three members of the Legends who seem to have died at the end of the episode are going to stay gone (although John Constantine and Mick Rory are both definitely off the show next year), which means time travel might be used to undo the final act of “There Will Be Brood.”

Still, at present, the Fountain (and the protection that it has apparently offered for thousands of years) is off the board right now, and just as that’s happening, we find out that ray Palmer (Brandon Routh) and Ryan Choi (Osric Chau) will be teaming up with a number of superheroes from throughout the Arrowverse to repel an invasion from the powerful alien conqueror Despero. Little is known about the exact details of the event, which will also feature Chyler Leigh as Alex Danvers, Cress Williams as Black Lightning, Javicia Leslie as Batwoman, Katherine McNamara as Mia Queen, Neal McDonough as Damien Darhk, and Tom Cavanagh as the Reverse-Flash.

While it would be surprising to see an event designed for The Flash set up on a show that isn’t The Flash, the other side of that is the argument that Darhk and Thawne, along with a third party (in this case Despero) formed the Legends season two villains the Legion of Doom. With the Legion of Doom as villains and OG Legend Ray Palmer back in the mix, don’t be too surprised if this event is a little more Legends influenced than you might expect.

The season finale of DC’s Legends of Tomorrow airs on Sunday night at 8 p.m. ET/PT on The CW.