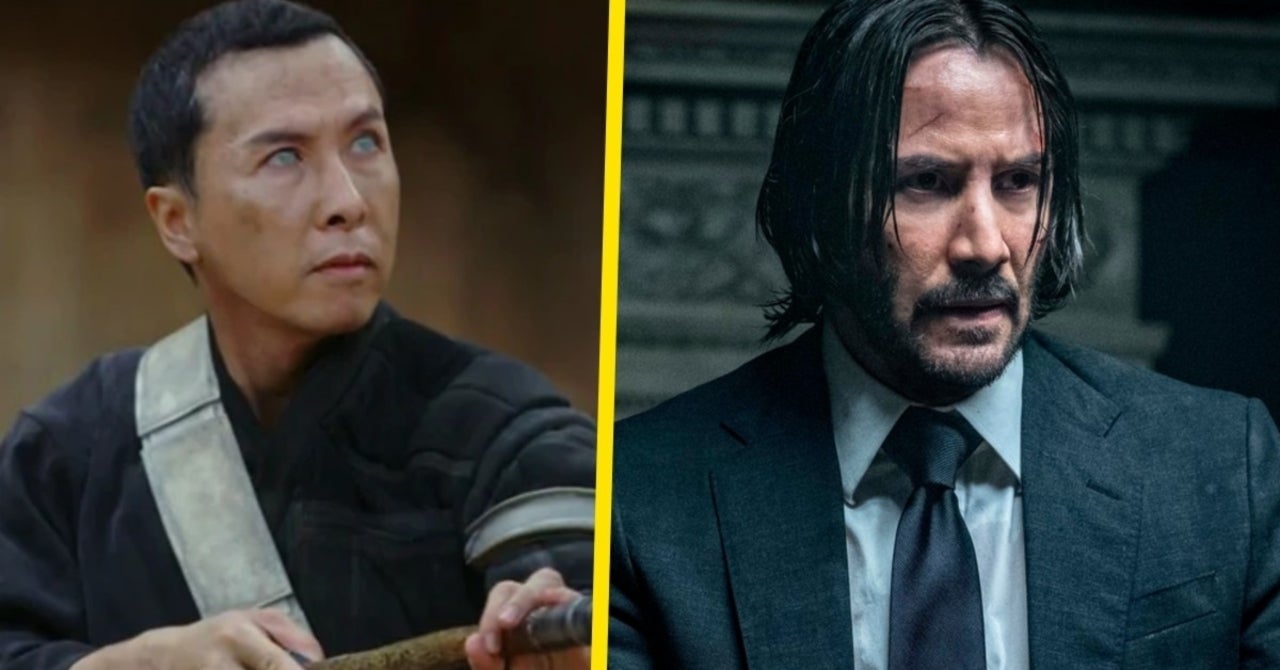 Hong Kong actor Donnie Yen made a name for himself starring in martial arts movies that originated in the territory, films like Iron Monkey and Ip Man. Throughout his career though he has been tapped to star in American-made studio movies including major releases like Rogue One: A Star Wars Story, Mulan, and XXX: Return of Xander Cage. For American audiences Yen will next be seen in the upcoming John Wick: Chapter 4, which is currently filming now, and speaking in a new interview Yen had high praise for not only the start of the franchise but also its director, saying that his time on the sequel is more fun than any other Hollywood production he’s been on.

“I have to take this opportunity to (express) my utmost appreciation for Chad (Stahelski) and Keanu (Reeves),” Yen revealed to Collider. “They’re just lovely men, gentlemen, they’ve got a big heart. Keanu’s got a good soul, a good man. Chad is also a very good man, very knowledgeable. People think of him as a brilliant action guy, he’s not (just that), he understands films. He’s a film librarian, he knows what’s going on. I’m having the best time working with them in this movie, (more) than any of my previous Hollywood movies, so I wanted to express my appreciation.”

Yen went on to further praise Keanu Reeves, adding: “He’s great, it’s more than I expected. He’s the guy, he does everything himself. He put in the hours, he put in the work and he can do it. He’s no joke. I have that respect for him, and he’s just a cool guy to be around and to work with.”

“The way Keanu and I approach it with our writing team is, ‘Look, we have ideas, but it’s not like I’m working with two sets of writers on two movies,'” director Chad Stahelski previously told ComicBook.com. “We’re going to write a really good number four. If a really good number four feels solid to Keanu and I, we’ll make that one. That doesn’t mean we won’t plan on a five or start writing five, but we want to make sure we have a solid story.”

Stahelski added, “The worst thing you can do is ‘I got five ideas. I’m going to put two in number four and put three in number five,’ I don’t want to try and stretch into two movies. I want to have solid ideas. So we’re attacking number four with everything we have. If there’s anything left on the table, we’ll fully attack number five.”