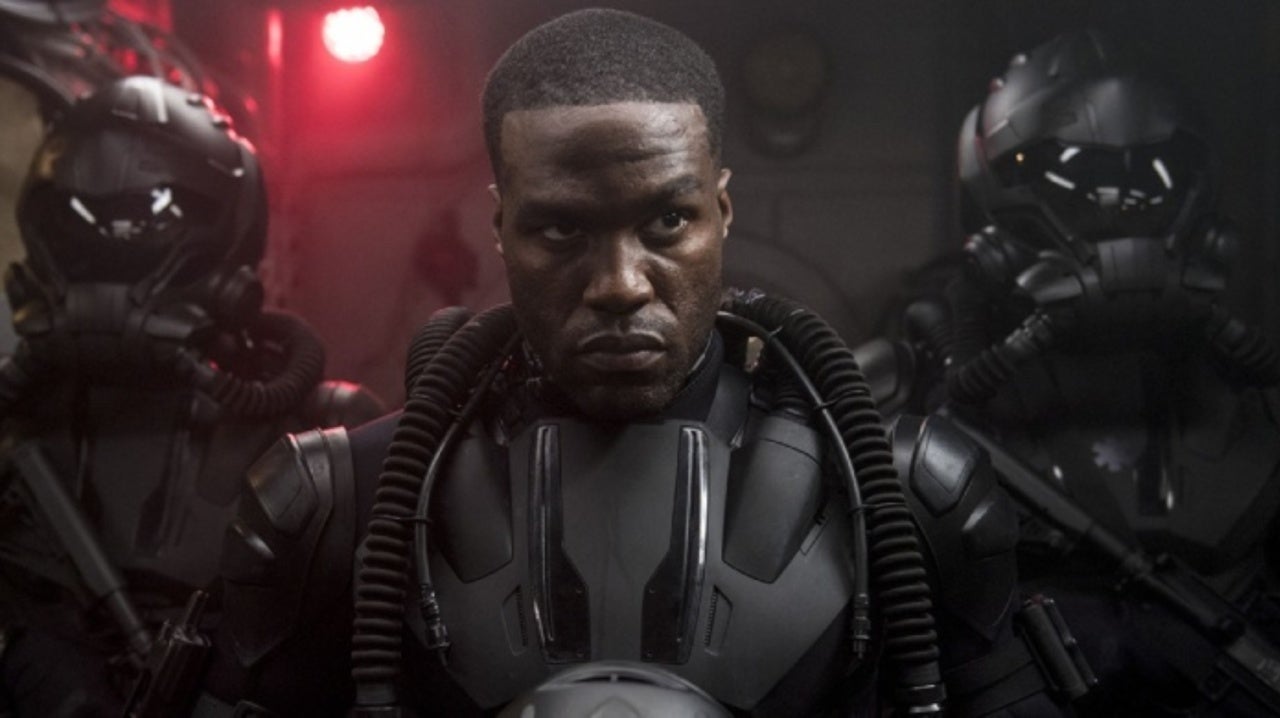 Yahya Abdul-Mateen II is quickly becoming one of the biggest names in Hollywood. Not only did he win an Emmy last year for Outstanding Supporting Actor in a Limited Series for playing Cal Abar/Dr. Manhattan on HBO’s Watchmen, but he also recently played Bobby Seale in the Academy Award-nominated film, The Trial of the Chicago 7. Abdul-Mateen II will also soon be seen in Candyman, Aquaman 2, Matrix 4, and the Mad Mad: Fury Road Furiosa spin-off. This week, it was announced that Abdul-Mateen II’s list of projects is still growing as he has now been cast in the new action-thriller Emergency Contact, which will be produced by Dwayne Johnson‘s Seven Bucks Productions and Beau Flynn’s FlynnPictureCo.

According to The Hollywood Reporter, Emergency Contact is an original script from writing team Rory Haines and Sohrab Noshirvani (The Mauritanian) that has been acquired by Warner Bros. There aren’t many details being released about the plot, but the movie is being described as “a high-concept, high-octane action film set amid the underground music scene in Austin, Texas.” While not much else is known, we’re certainly eager to find out who will be joining Abdul-Mateen II in the cast.

As for the actor’s other big projects, he’ll be seen next in Candyman, which is one of the movies that has been delayed several times due to the pandemic. The movie was helmed by Captain Marvel 2 director, Nia DaCosta, and is expected to finally be released in August.

As for Matrix 4, Abdul-Mateen II talked to Collider last year about reading the script. “My reaction to the script [was], ‘Wow, people are really gonna like this. I like this. People are really gonna like this,'” he shared. “It’s different and it’s the same, you know, at the same time. So it’s a really, really very intelligent blend of what we want and what we may not know that we want.”

He continued, “My first meeting with Lana wasn’t even really an audition. It was just that it was a meeting about getting to know me, and getting to know her, and our histories, and how I am as an actor. Lana was interested in creating a family before she was interested in creating a cast. I was very fortunate enough to be welcomed into that family. To be over in Berlin with that team, making something special is definitely something that I’m proud to say I’m a part of.”

At the beginning of the year, Abdul-Mateen II was starting to prep for the Aquaman 2 production, which is expected to begin next month. As for the Mad Max: Furiosa film, director George Miller previously said that he hopes to shoot the prequel sometime this year. Sounds like Abdul-Mateen II is going to be super busy for quite some time!

Which Abdul-Mateen II project are you looking forward to the most? Tell us in the comments!