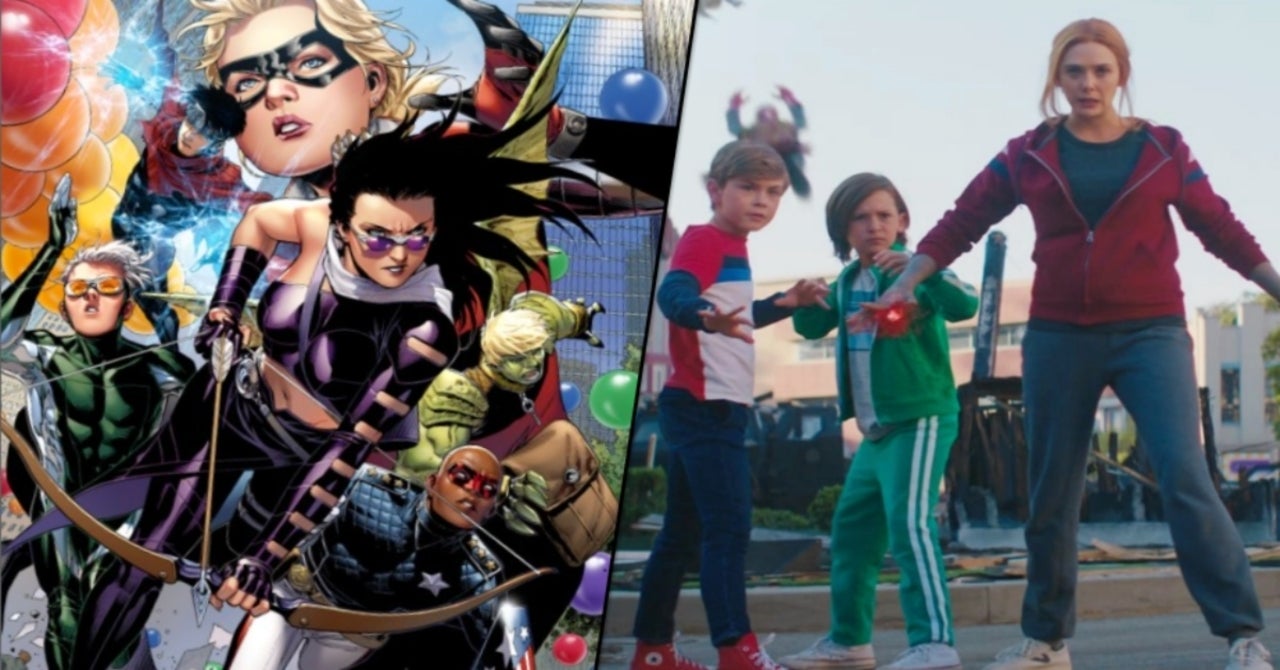 The Young Avengers aren’t assembling at Marvel — yet. After Wanda Maximoff (Elizabeth Olsen) delivered twins Tommy (Jett Kline) and Billy Maximoff (Julian Hilliard) in WandaVision, it looked like the birth of the Young Avengers: a team of teen superheroes with connections to Earth’s mightiest heroes. Other prospective members would follow — Eli Bradley (Elijah Richardson) in The Falcon and the Winter Soldier and teen trickster Kid Loki (Jack Veal) in Loki — with more to come in Phase 4 of the Marvel Cinematic Universe. Kate Bishop (Hailee Steinfeld) of Hawkeye, America Chavez (Xochitl Gomez) of Doctor Strange 2, and Cassie Lang (Kathryn Newton) of Ant-Man 3 are all potential recruits of a team that might be forming, bit by bit, at Marvel Studios.

“I have no idea. I don’t even know if — actually, if you even ask [Marvel Studios President] Kevin Feige that, I think he’ll honestly say he doesn’t know,” Olsen said when asked about Young Avengers during a virtual Q&A with the New York Film Academy. “They really plan phases at a time, and then after those complete, they move onto the next phase.”

“It seems like from my perspective that that could be a possibility, but I don’t think they have a real plan for that yet,” Olsen added of the comic book team that counts Tommy’s Speed and Billy’s Wiccan as members. “But they keep all their options open.”

Addressing a rumored Young Avengers movie earlier this year, the famously tight-lipped Feige would not confirm speculation the studio is forming a team that has included such members as the shape-shifting Hulkling, the armored Iron Lad, the alien Marvel Boy, and a rebooted Vision.

“As a comic fan, anything in the comics is always our inspiration and our guide point. How those things come together and in what shape, it’s always subverting expectations, it’s always half the fun as meeting them,” Feige told Entertainment Weekly when asked about the Young Avengers. “But, yes, you can certainly see that Phase 4 is introducing all sorts of new types of characters with the potential being endless. Now, all of us at Marvel Studios feel like Nick Fury at the end of Iron Man 1, as new actors and new performers come in and we tell them they’re part of a bigger universe. They just now have to do the work required to build their audience.”

“I’m happy to say everybody that’s here, certainly where I’m sitting now, is doing amazing work and [I] can’t wait to show them the world,” Feige said.

All episodes of WandaVision, The Falcon and the Winter Soldier, and Loki are now streaming on Disney+.

Airbnb cancelled our booking out of the blue, wrecking our holiday | Consumer affairs

Bezos’ $2bn offer to get back in race to the Moon