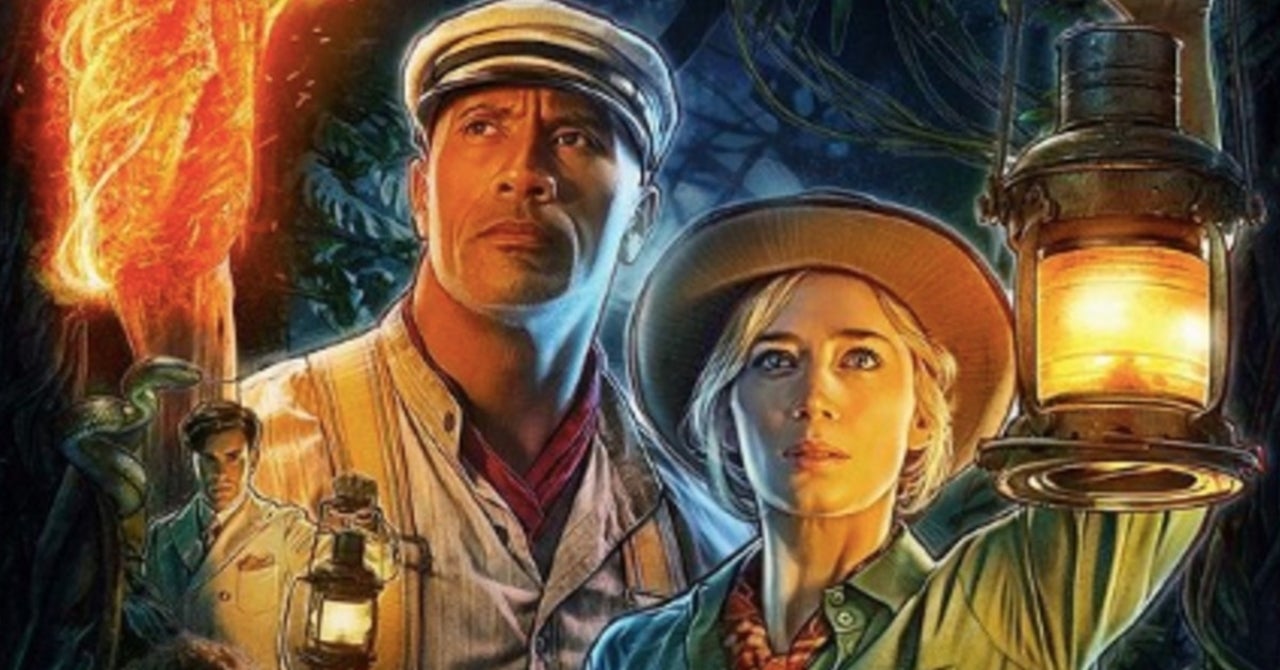 Jungle Cruise is one of the many movies that was delayed due to the pandemic, but Disney fans will finally get to see the film that’s based on the Disneyland ride later this month. The movie is set to star Dwayne Johnson AKA The Rock alongside Emily Blunt, and they clearly had a lot of fun working together. In fact, they recently spoke with ET Online and Blunt shared that her nickname for The Rock is “Toots.”

“It’s an old nickname,” Johnson revealed. Blunt added, “It has been around now for 3 years. I used to enjoy calling him very, sort of sweet, cute things. Like he texts me, ‘Alright, I’m leaving now, I’ll see you on set’ and I’m like, ‘Ok cupcake.'”

“I mean when we first met, we instantly clicked, and because you never know how it’s going to be when you meet somebody, you’re familiar with their work, and I had seen all of Emily’s movies. She had watched none of mine, so it all worked out perfectly,” Johnson jokingly explained. “When we got together, we instantly knew we had something.” Blunt added of their chemistry, “It happened quite naturally and people were like, ‘That’s fun, play into that.'”

Blunt added of their Jungle Cruise characters, “It’s such a cool dynamic to watch because they’re polarized from each other. They have such different philosophies on life and their sense of humor, like how they walk into every day, it’s just completely the antithesis of one another. So, I think it makes for this really fun interplay between them that’s reminiscent of those Romancing the Stone films … That clash of like two people that are kind of storming into each other’s world.”

You can check out the official synopsis for Jungle Cruise below:

“Inspired by the famous Disneyland theme park ride, Disney’s Jungle Cruise is an adventure-filled, rollicking thrill-ride down the Amazon with wisecracking skipper Frank Wolff and intrepid researcher Dr. Lily Houghton. Lily travels from London, England to the Amazon jungle and enlists Frank’s questionable services to guide her downriver on La Quila—his ramshackle-but-charming boat. Lily is determined to uncover an ancient tree with unparalleled healing abilities—possessing the power to change the future of medicine. Thrust on this epic quest together, the unlikely duo encounters innumerable dangers and supernatural forces, all lurking in the deceptive beauty of the lush rainforest. But as the secrets of the lost tree unfold, the stakes reach even higher for Lily and Frank and their fate—and mankind’s—hangs in the balance.”

Jungle Cruise arrives in theaters and on Disney+ Premier Access on July 30th. If you haven’t signed up for Disney+ yet, you can try it out here.