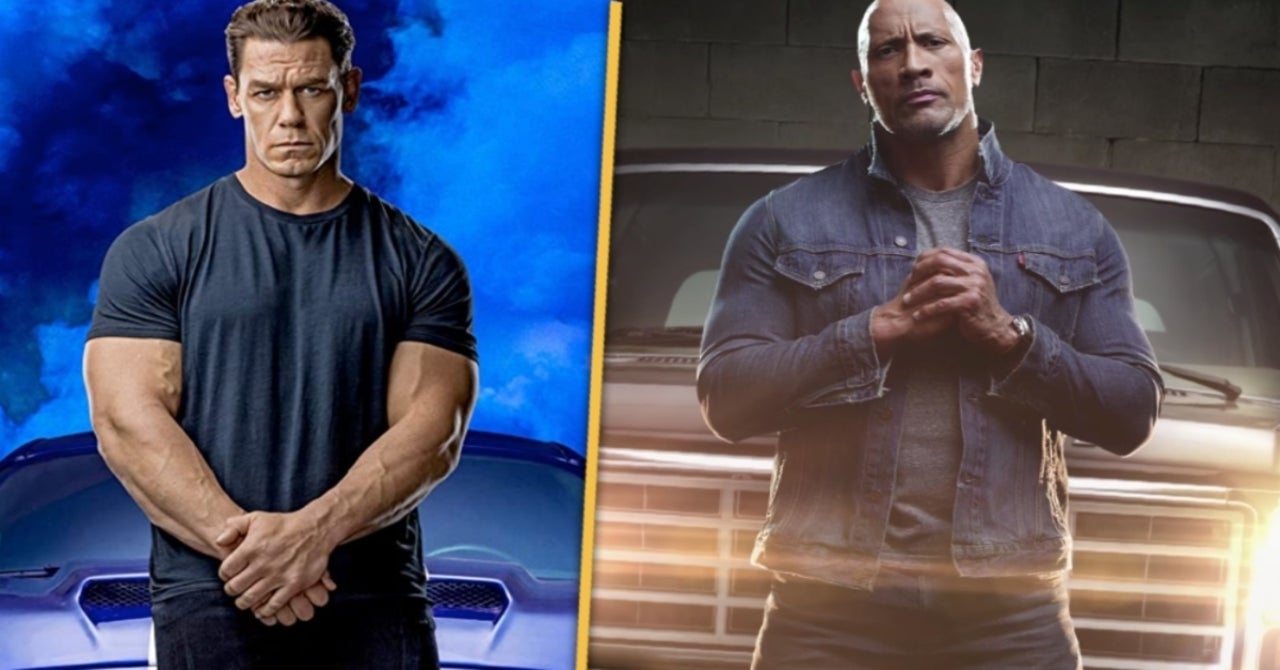 Fast & Furious franchise newcomer John Cena is ready for a rematch with his former WWE rival Dwayne “The Rock” Johnson — this time in the Fast Saga. Cena plays new villain Jakob Toretto, the forsaken brother of Mia (Jordana Brewster) and Dominic Toretto (Vin Diesel), whose crew must stop Cena’s master thief, assassin, and high-performance driver when Jakob races into the franchise in F9. Johnson, who joined the Fast Saga in 2011’s Fast Five as DDS Agent Luke Hobbs before returning for three sequels and the spinoff Hobbs & Shaw, doesn’t appear in F9 but could return in the saga’s planned two-part finale.

“I don’t know if that’ll happen and that’s very much up to the Fast audience to decide,” Cena told Geek Culture about reuniting with Johnson in a future Fast & Furious movie. “As the Fast saga grows and evolves, I’m excited for a possible moment like that but there’s no guarantee. I hope it happens and if the audiences around the world hope the same thing, who knows.”

Asked to reveal what Jakob might say to Hobbs if they ever crossed lanes, Cena said with a laugh, “The low-hanging fruit answer to that is, ‘You can’t see me.'”

After previously calling Johnson a “sell-out” for pursuing a film career in Hollywood, Cena said last year he regretted getting personal in his WWE rivalry with The Rock.

Cena added: “It was stupid of me. It genuinely was. That was my perspective at the time.”

Cena’s upcoming projects include Peacemaker and the Johnson-produced The Janson Directive, inspired by author Robert Ludlum’s novel of the same name. F9 director Justin Lin recently revealed Johnson and his Hobbs & Shaw co-star, Jason Statham, could return to the mainline Fast Saga before it reaches the end of the road with Fast 10 and Furious 11.