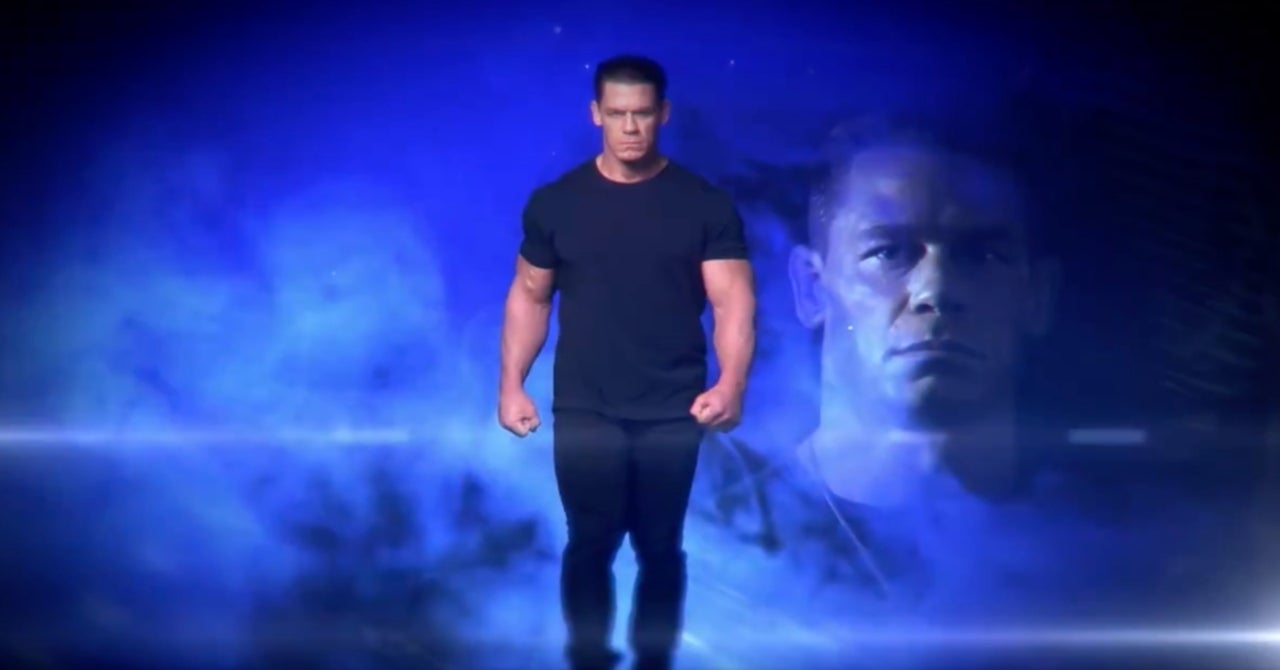 Tickets go on sale June 1 for F9, the Fast Saga sequel pitting Dominic Toretto (Vin Diesel) and his fast family against Dom’s forsaken brother Jakob Toretto (John Cena). “I spent my entire life in your shadow,” Cena’s Jakob gnarls in the latest look at F9, below, “and now, you’re gonna spend the rest of yours living in mine.” Described as a skilled assassin, a master thief, and a high-performance driver, Jakob gives Dom’s crew a run — and a race — for their money when F9 reunites the Toretto brothers only in theaters on June 25.

As the brother of Dom and Mia (Jordana Brewster), who speeds back into their lives after years away, Cena “didn’t overlook the responsibility of the opportunity” of speeding into the 20-year-old Fast Saga.

“I get to reap the rewards of this family who has poured the foundation and built the structure of a global delivering blockbuster,” Cena told ComicBook.com and other press during a recent F9 event. “I get invited into the ninth installment to share the last name Toretto and to be Dom’s greatest adversary of all time. That is not lost. I think it has to start there. It has to start with respect.”

On joining the Fast family in the saga’s two-part finale, Cena previously told MTV International he would “be grateful for a place at the table.”

“I hope Fast 9 is a tremendous success, I hope we get to do it again, and by we I mean me,” the Fast franchise newcomer said last year. “I’m not putting any spoilers out there, I’m just putting my thoughts out into the universe. Because if I put them out into the universe, maybe they will actually become reality. Maybe John Cena could be in Fast 10, maybe Justin [Lin] could direct it, I don’t know!”

Vin Diesel’s Dom Toretto is leading a quiet life off the grid with Letty and his son, little Brian, but they know that danger always lurks just over their peaceful horizon. This time, that threat will force Dom to confront the sins of his past if he’s going to save those he loves most. His crew joins together to stop a world-shattering plot led by the most skilled assassin and high-performance driver they’ve ever encountered: a man who also happens to be Dom’s forsaken brother, Jakob (John Cena, the upcoming The Suicide Squad). F9 sees the return of Justin Lin as director, who helmed the third, fourth, fifth and sixth chapters of the series when it transformed into a global blockbuster. The action hurtles around the globe—from London to Tokyo, from Central America to Edinburgh, and from a secret bunker in Azerbaijan to the teeming streets of Tbilisi. Along the way, old friends will be resurrected, old foes will return, history will be rewritten, and the true meaning of family will be tested like never before.