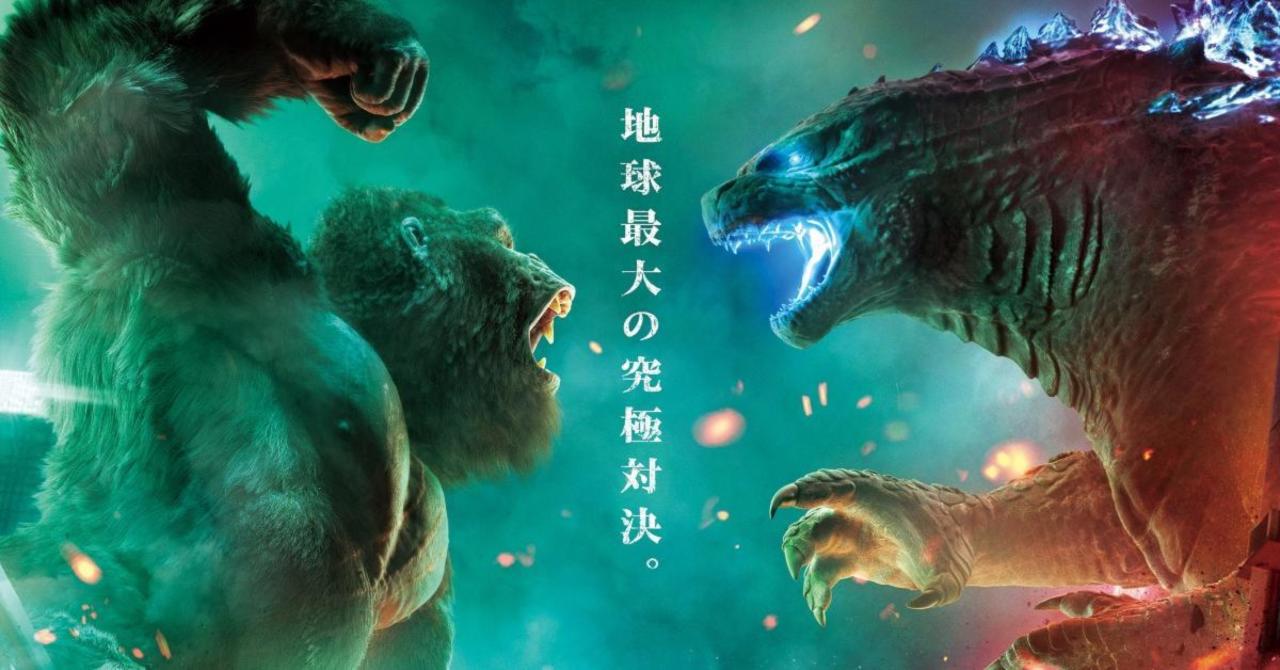 Godzilla vs. Kong has set a new release date in Japan following its delay from COVID-19! Originally slated to debut in Japan earlier this Spring, the film had been delayed due to a number of new state of emergencies declared in the country due to the ongoing COVID-19 pandemic. It had been put on an indefinite hold following its delay from May 11th, but now the film has officially set a new release date in Japan. The official Twitter account for the film’s Japanese release has confirmed that it will finally be making it through theaters next month.

The newest trailer for Godzilla vs. Kong‘s upcoming release in Japan now has it slated for a release on July 2nd. With the film’s international box office still crawling up (and its domestic box office run now ended as it prepares for a home video release in North American territories), this newest release is bound to help it get that much closer to the film’s overall box office goal. Check out the new promo for its upcoming launch in Japan below:

Godzilla vs. Kong previously announced the main additions to the Japanese dub cast of the film and they include the likes of Mana Ashida as Madison Russell, Yuji Tanaka as Josh Valentine, Matsuya Onoue as Bernie Hayes, Kei Tanaka as Dr. Mark Russell, Minami Tanaka as Maia Simmons, Shinsuke Kasai as Guillermin, Kenjiro Tsuda as Dr. Nathan Lind, and Maaya Sakamoto as Dr. Ilene Andrews. As for fans outside of Japan, the film will be heading to home video on June 15th.

Legendary officially describes Godzilla vs. Kong as such, “Legends collide in Godzilla vs. Kong as these mythic adversaries meet in a spectacular battle for the ages, with the fate of the world hanging in the balance. Kong and his protectors undertake a perilous journey to find his true home, and with them is Jia, a young orphaned girl with whom he has formed a unique and powerful bond. But they unexpectedly find themselves in the path of an enraged Godzilla, cutting a swath of destruction across the globe. The epic clash between the two titans—instigated by unseen forces—is only the beginning of the mystery that lies deep within the core of the Earth.”

Are you excited to see Godzilla vs. Kong is finally getting its theatrical debut in Japan? Let us know your thoughts in the comments or you can even reach out to me directly about all things animated and other cool stuff @Valdezology on Twitter!