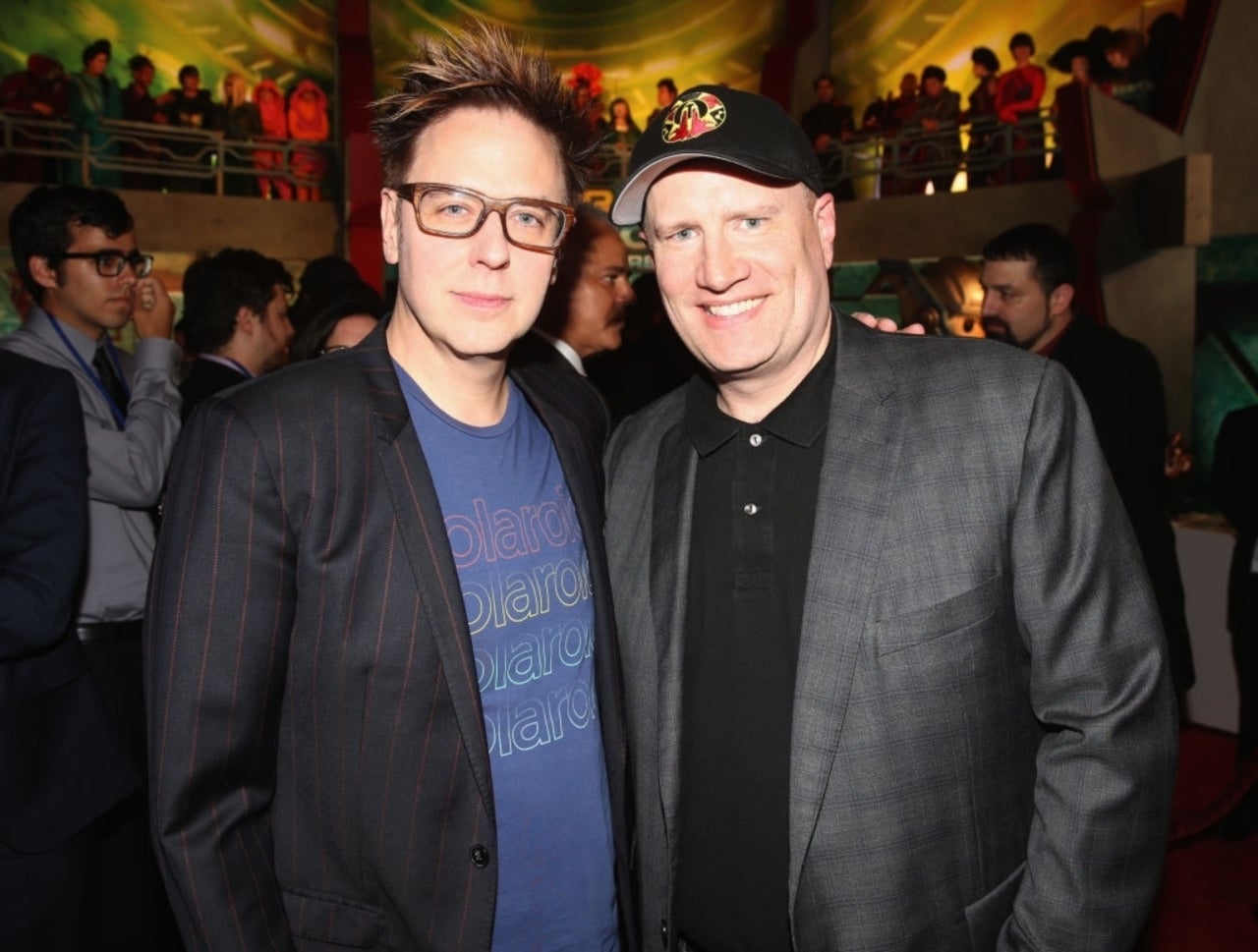 In case you didn’t already know, Kevin Feige has a pretty comfortable grip on the Marvel Cinematic Universe. The producer took Iron Man and turned it — and a few dozen other movies — into a billion-dollar franchise that’s more popular now than it’s ever been. In fact, not only does Feige oversee Marvel Studios, but he serves as the chief creative officer for the entire Marvel brand. That’s why when James Gunn says the exec is pretty involved with the post-production process, it’s a pretty believable situation.

In a recent piece with The New York Times, Gunn suggested Feige is much more involved in the editing of a film when compared to executives from Warner Brothers. The Guardians of the Galaxy and The Suicide Squad helmer says Feige also provides much more notes than those producers from the Distinguished Competition.

“There’s no doubt Kevin Feige is way more involved with editing than people are at Warner Bros,” Gunn told the Times. “He gives more notes. You don’t have to take them and I don’t always take them.”

Gunn’s in an interesting position as he’s a filmmaker active in the film franchises for comics’ two largest publishers. Getting his start with Marvel’s Guardians of the Galaxy property, the director will soon officially join Warner’s DC Extended Universe with The Suicide Squad, a movie that’s being hailed as one of Gunn’s best movies yet.

Though Gunn has at least one more movie in the works with Marvel Studios, he’s previously said he’s “probably” done with the outfit once Guardians of the Galaxy Vol. 3 hits theaters.

“I have no clue what I’m going to do,” Gunn said. “For me, Guardians 3 is probably the last one. I don’t know about doing it again. I do find, because of the ability to do different stuff in the DC multiverse, it’s fun. They’re starting to really resemble their comic books. The Marvel Universe has always been a little more cohesive, and DC has always had more great single runs. They had The Dark Knight Returns. They had Watchmen. They had The Killing Joke. They had Alan Moore’s Swamp Thing. The fact that they did Joker, which is a totally different type of movie, that to me is cool. I’m very excited about Matt’s movie [Matt Reeves’ The Batman]. They’re getting some really good filmmakers involved. They’re always going to be hit or miss — I just don’t want them to get boring.”