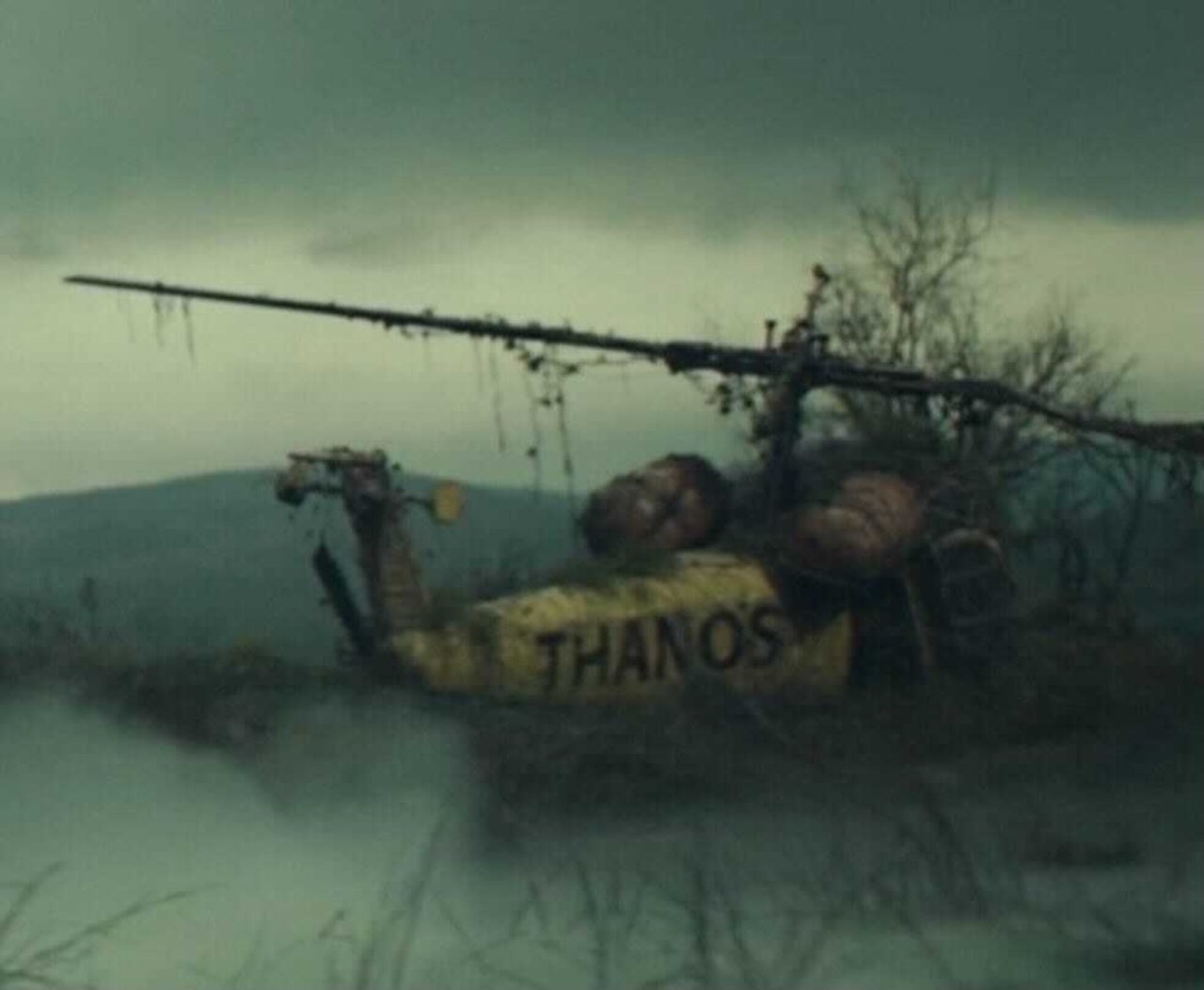 Yesterday, after the fifth episode of Loki aired on Disney+, fans were ecstatic to see one of the strangest and silliest Easter eggs yet to appear in the Marvel Cinematic Universe: the crashed and decaying wreckage of the Thanoscopter. One such fan was Guardians of the Galaxy filmmaker James Gunn, who took to sociail media this morning to thank Marvel for bringing the moment to life onscreen. He said tha the had hoped for years to see the sublime absurdity of a bright-yellow, single-passenger helicopter designed to ferry Thanos, the most intimidating and powerful villains in all of cinema history, from place to place.

For years, the prevalence of Thanos as a character in the movies drove fans to (sometimes jokingly, sometimes not) wonder whether the helicopter would ever appear in live action. At one point, Thanos creator Jim Starlin even joked that the long, bladed weapon used by Thanos in Avengers: Infinity War and Avengers: Endgame was a reference to the blades of the helicopter.

That wasn’t an arbitrary number — Gunn really has been talking about this for five years.

Introduced in Spidey Super-Stories #39, the Thanoscopter was a single-occupant helicopter built for Thanos, and bearing his name along the side. Given that Thanos has typically been depicted as a godlike being with a thirst for death on a cosmic scale, seeing him ride around in a yellow helicopter with his name on it was silly enough to fuel years of fan jokes and internet memes. Think of it as the Marvel equivalent of the DC cookbook that depicted Lex Luthor as stealing forty cakes (“…and that’s terrible!”).

Five years ago, it was Gunn who invoked the name of the vehicle — along with a photo of an Incredible Hulk toy where the hero is pictured…you guessed it…in a helicopter with his name on it.

Given his offbeat sensibilities and the cosmic nature of the stories he told, some fans had long assumed that any appearance by the Thanoscopter in the Marvel Cinematic Universe likely would have come from Gunn himself. Instead, while he is working on a streaming show for DC (Peacemaker), he gets to sit at home and be surprised by the Thanoscopter on one of Marvel’s streaming shows.

New episodes of Loki debut on Disney+ every Wednesday.

When Does DC’s Legends of Tomorrow Return?

Google soon won’t let you sign in on devices running Android 2.3.7 or older