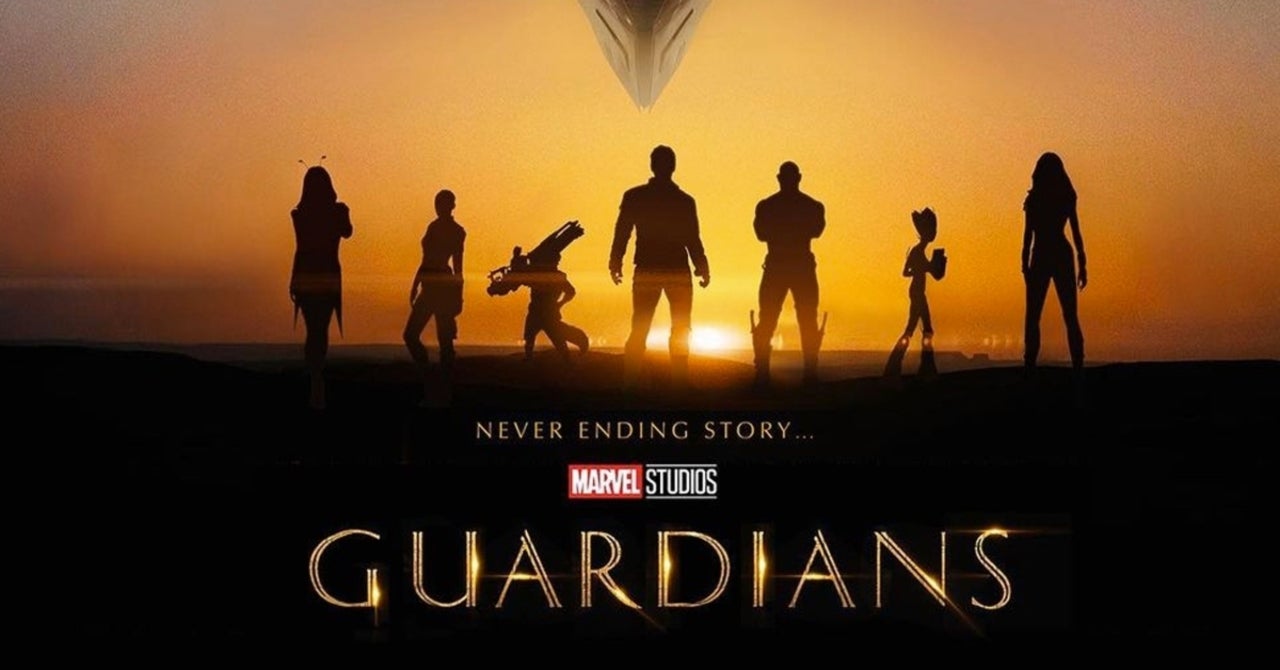 After a months-long silence from Marvel Studios and Disney regarding Eternals, the House of Mouse finally unveiled the film’s first teaser last month. With the release, Marvel also released the movie’s first teaser poster, showing the eponymous team stand on the horizon watching the sunrise over them. As revealed in follow-up marketing, the team hails from Titan; as such, one eager fan of the Marvel Cinematic Universe has decided to replace them with the franchise’s other cosmic franchise.

Earlier this month, Instagrammer @samuel_cheve shared a fan-made teaser poster they made, with the same exact layout as the Eternals poster. Instead of featuring the likes of Ikaris (Richard Madden), Sersi (Gemma Chan), and others, the poster instead features all seven Guardians, including Karen Gillan’s Nebula.

Eternals helmer Chloe Zhao is still editing the project ahead of its November release and has previously said the film’s world-building is what initially drew her to the project. Like how WandaVision introduced Marvel fans to a new corner of the MCU with magic, Eternals will end up pulling off something similar.

“I love building a world and then you put people in that world and they create chemistry with each other that you just can never predict, and you have to roll with the punches a little bit once you see that chemistry. It’s exciting for me,” Zhao tells the magazine.

“Jack Kirby and his imagination, his incredible work, is really the foundation of it. On top of that, there is what Marvel Studios has built, this incredible journey they have going on. And then on top of that is me as a fan of the MCU,” the filmmaker previously said in a separate interview.

She added, “And then, me as a fan of the genre, but also growing up with sci-fi and manga and fantasy films. And how can we have this big melting pot and cook up something that may just taste a little bit different? It was just an exciting thing; all of us went in wanting to do that. We’ll see.”

Eternals is currently set for release on November 5th while Guardians of the Galaxy Vol. 3 hits theaters May 23, 2023.

What’d you think of the first look at Chloe Zhao’s Eternals? Let us know your thoughts either in the comments section or by hitting our writer @AdamBarnhardt up on Twitter to chat all things MCU!