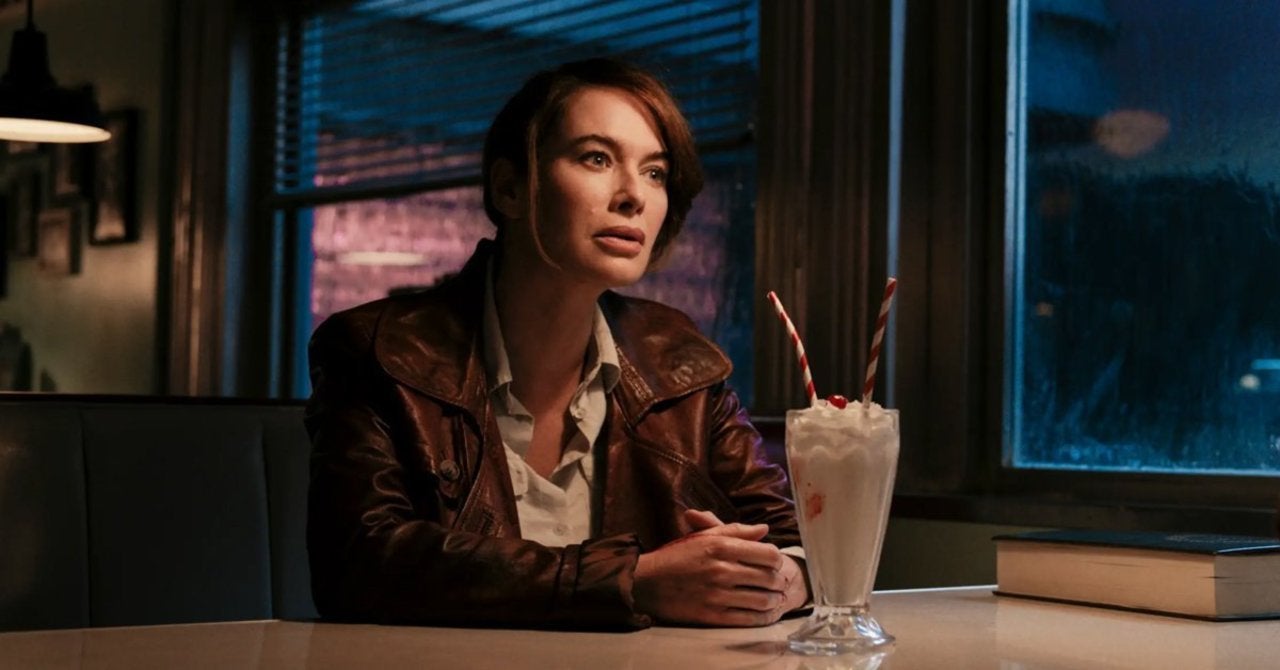 A growing trend in action films is to deliver audiences extended takes of intense battles, with filmmakers and actors showcasing their commitment to the craft to such a degree that, without cuts, they can convince audiences of how impressively choreographed long and complex sequences can be. With Gunpowder Milkshake, however, director Navot Papushado delivers a number of poetically staged fight scenes featuring stylized lighting, but what is sure to be the most talked-about sequence is a slow-motion encounter that lasts almost minutes, but in real-time was less than 30 seconds of precisely staged stunts. Papushado recently broke down how he pulled off the sequence to ComicBook.com. Gunpowder Milkshake is now streaming on Netflix.

“With the understanding of, after that library sequence, we can’t go bigger. [But] the movie is not done,” Papushado explained. “There’s still a lot to resolve and there’s this big standoff. I said, ‘How about we go the other way? Let’s try to find something emotional and poetic?’ It’s almost like a picture. It’s almost like it needs to be in a frame. I had this idea, gave it to, again, [stunt coordinator] Laurent [Demianoff], and then we start building it. It’s the storytelling. It’s actually, almost, through the eyes, although it’s not really … Michelle [Yeoh] is leading us. It’s more of her personal revenge now.

He continued, “But it was weeks of preparations. It was weeks of preparation. Everyone needs to hit their mark. We’ve got 20 stunt people, almost our entire cast. There’s a lot of moving parts. When you shoot slow-motion like that, there’s so much lighting involved because you have to pump it up and there’s people going through windows and you have to reset it. So, at the end of the day, we only have, like, four takes. Four takes and that’s it. It’s so expensive. It takes so much time. [Actually,] five takes. I’m sorry.”

In the film, Sam (Karen Gillan) was only 12 years old when her mother Scarlet (Lena Headey), an elite assassin, was forced to abandon her. Sam was raised by The Firm, the ruthless crime syndicate her mother worked for. Now, 15 years later, Sam has followed in her mother’s footsteps and grown into a fierce hit-woman. She uses her “talents” to clean up The Firm’s most dangerous messes. She’s as efficient as she is loyal. But when a high-risk job goes wrong, Sam must choose between serving The Firm and protecting the life of an innocent 8-year-old girl — Emily (Chloe Coleman). With a target on her back, Sam has only one chance to survive: Reunite with her mother and her lethal associates, The Librarians (Michelle Yeoh, Angela Bassett, and Carla Gugino). These three generations of women must now learn to trust each other, stand up to The Firm and their army of henchmen, and raise hell against those who could take everything from them.

Despite one-shot takes sometimes genuinely being filmed in one take without cuts, some filmmakers will cleverly hide the cuts with specific camera movements, allowing for multiple takes to seamlessly be edited together. However, with one slow-motion sequence shot with a dolly, there was little room for mistakes.

“We do the first four takes and it’s perfect. We run to the back where we can sit in slow-mo because the whole thing takes like 25 seconds,” Papushado pointed out. “But then the shot is almost two and a half minutes. I remember going to the back and watching the monitor and it’s like, everything’s perfect. But there’s one guy, three takes, he does the scissor jump. He throws himself so beautifully and it’s just perfect. He didn’t do it this time. I hear everyone saying, ‘Oh, you can fix it post. And you can do editing and you can stitch it.’ I was like, ‘No. Why the hell are we shooting a one-shot, long take if we want to fix it in CGI? Absolutely not.’ We reset it the last day and it’s just perfect. Everyone hits their spot, hits their mark. There’s some stuff being enhanced with visual effects, but the action, the people hitting their mark, everything is happening in real-time.”

The filmmaker did point out that he had originally envisioned the sequence having a different soundtrack from what actually ended up in the finished film.

“Later on, we discovered that I had, actually, a different song in mind for that scene, which I decided not to use,” Papushado confirmed. “I felt that it was kind of overturned because of tragic reasons in the last couple of years. Then we found that song [in the film], which is iconic on so many levels. It’s an original song by Bob Dylan and it’s covered by The Animals and not a lot of people know it and it speaks perfectly to this moment and I think people are enjoying it and rightfully so. I hope.”

Did you enjoy the slow-mo sequence in the film? Let us know in the comments below or contact Patrick Cavanaugh directly on Twitter to talk all things horror and Star Wars!