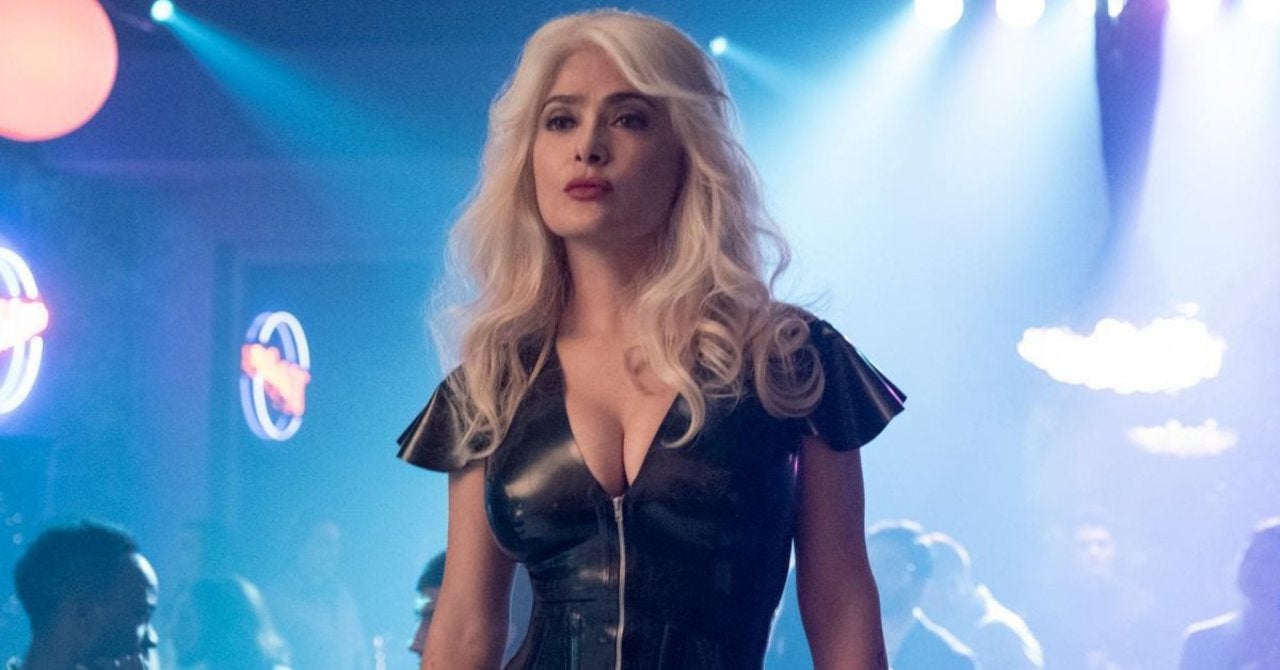 When audiences first met Salma Hayek‘s Sonia Kincaid in 2017’s The Hitman’s Bodyguard, we could tell that she had a rich backstory and an energy that matched lead actors Ryan Reynolds and Samuel L. Jackson, but the events of the film forced Sonia to remain behind bars for almost the entire run time. With The Hitman’s Wife’s Bodyguard, not only does Sonia Kincaid take center stage, she manages to steal the show from her co-stars, both with her hilarious dialogue and action-movie chops. Hayek recently detailed how her goals for the sequel were to offer a more layered and complex character than what some viewers were likely expecting. The Hitman’s Wife’s Bodyguard hits theaters on June 16th.

“I wanted to show the part that it’s very maternal. I wanted to show the part where she really cares about her marriage, but at the same time, there’s some issues that happen with time in a marriage and how she fights it and how she tries to keep him on top of things,” Hayek detailed to ComicBook.com. “Don’t take her for granted, do not drop the romance. She’s very demanding. I also wanted to show the fact that, not because a woman goes into middle age, that means you stop being a badass. Not everything about a woman is, that their whole identity, about motherhood, we still have a lot to give, and a lot of dynamism inside of us. To have an action character that’s a middle-aged person, for men, it’s been okay for a long time, but, really, this is the first time it happens for a woman.”

In the new film, “The world’s most lethal odd couple – bodyguard Michael Bryce (Reynolds) and hitman Darius Kincaid (Jackson) – are back on another life-threatening mission. Still unlicensed and under scrutiny, Bryce is forced into action by Darius’s even more volatile wife, the infamous international con artist Sonia Kincaid (Salma Hayek). As Bryce is driven over the edge by his two most dangerous protectees, the trio get in over their heads in a global plot and soon find that they are all that stand between Europe and total chaos. Joining in the fun and deadly mayhem are Antonio Banderas as a vengeful and powerful madman and Morgan Freeman as… well, you’ll have to see.”

While the film offers audiences both gut-busting laughs and break-neck action, Hayek pointed out that getting to act alongside the likes of Reynolds and Jackson was the highlight of the production.

“On one side, I would enjoy a lot more the talking scenes because I am working with two of the best actors in the world and we were completely free and we were improvising a lot of it,” the actor admitted. “They’re just magnificent. I was very aware of what a privilege I had to work with that level of talent and really enjoyed it. The action scenes actually did help a lot … it took away some of the rust and they were very helpful for what came after, which is The Eternals.”

Are you looking forward to the new film? Let us know in the comments below!