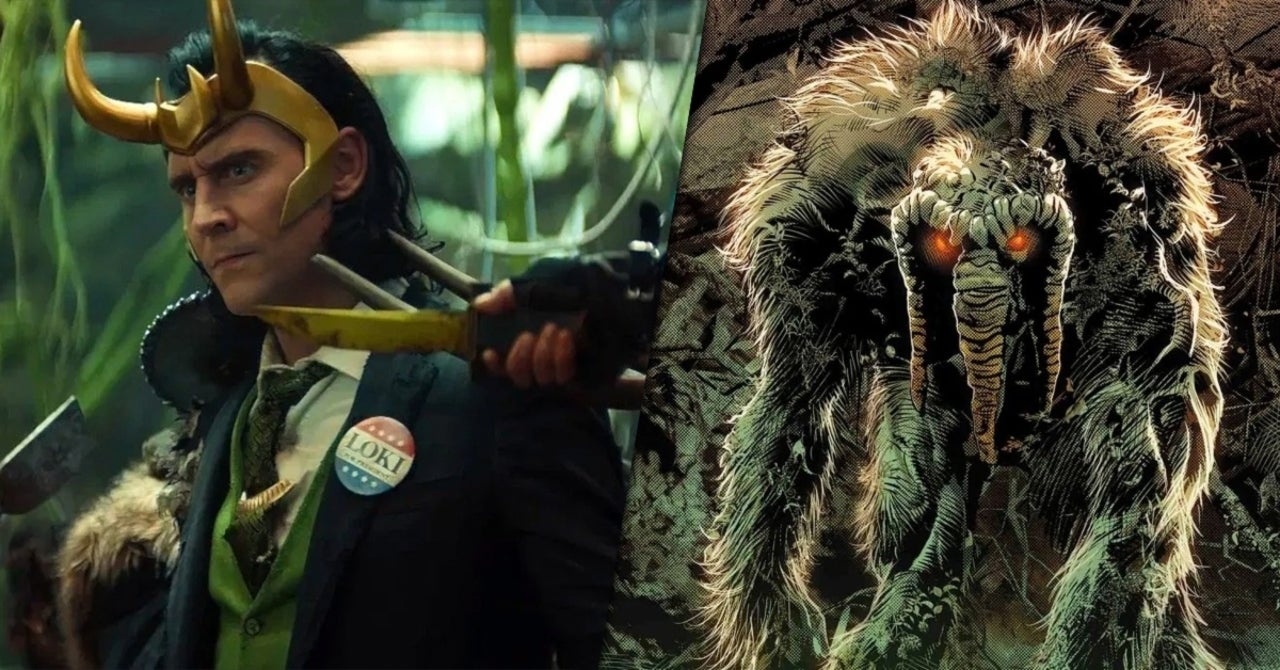 Sooner or later, we’re really going to manifest a live-action Man-Thing. When WandaVision first aired on Disney+, we wrote about how the series and its reality-warping plot could lead to the eventual arrival of Marvel’s horror icon. Now that the first episode of Loki has been released to the masses, Man-Thing’s debut in the Marvel Cinematic Universe seems practically inevitable.

Light spoilers for Loki‘s premiere episode up ahead. Proceed with caution if you’ve yet to see the Disney+ debut.

As teased in one of the bizarre commercials in WandaVision, Loki fleshes out the idea of “nexus events,” informing viewers what they really are. While Wanda Maximoff is oftentimes referred to as a “Nexus Being” in the Marvel source material, these nexus events are what cause the multiverse. In Avengers: Endgame, the Ancient One (Tilda Swinton) — although she didn’t call them nexus events at the time — suggested these branches in time would take place if the Infinity Stones weren’t returned to their proper place in time.

Loki tones it down even further, suggesting nexus events can be something as simple as showing up late for work in the “sacred timeline,” one that has already been pre-written by the Time-Keepers.

So, how’s this all lead to Man-Thing?

Marvel Studios choosing to name these events “nexus events,” combined with the fact the series directly involves time-travel and the multiverse, it would seem the Nexus of All-Realities has a real shot at making it to the screen at some project in the near future.

The Nexus of All-Realities, of course, is an interdimensional gateway guarded by Man-Thing, who serves as its keeper. Think of it as the Marvel world’s version of a train station. From the Nexus of All Realities, you can practically get to any point in the multiverse you want, hence the need for an active guardian of the locale.

We know Man-Thing is a part of the Marvel Cinematic Universe, thanks to his statue on Sakaar; and the inclusion of the Nexus of All-Realities could be how the character managed to find himself on the alien planet in the first place.

Either way, Loki has taken a major leap forward in helping introduce Man-Thing to the Marvel Cinematic Universe. After all, Loki writer Michael Waldron said most characters from Marvel’s library were on the table for inclusion in the series.

The first episode of Loki is now streaming on Disney+. If you haven’t signed up for Disney+ yet, you can try it out here.

What other characters do you think could pop up in the Hiddleston-starring series? Let us know your thoughts either in the comments section or by hitting our writer @AdamBarnhardt up on Twitter to chat all things MCU!

How remote work opened the floodgates to ransomware | Cybercrime