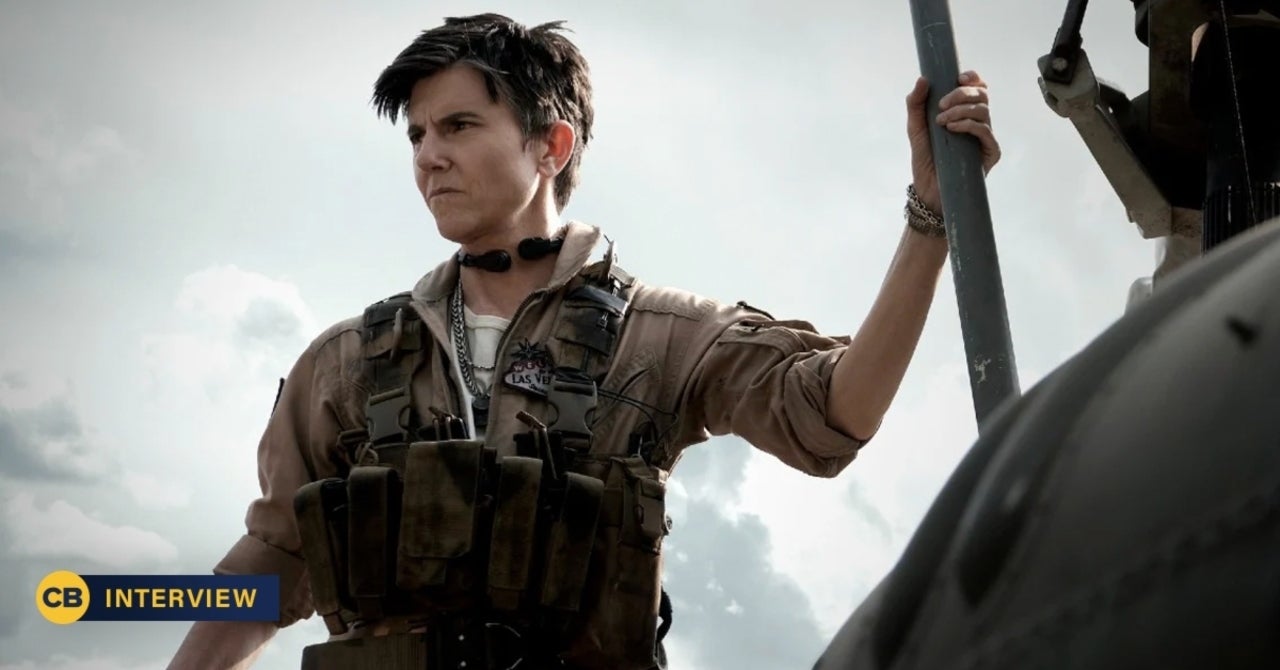 Long after Netflix’s Army of the Dead wrapped principal photography, sexual misconduct allegations against Chris D’Elia caused the streamer to swiftly fire the actor from the zombie thriller. By the time D’Elia was removed from the project, he had already filmed all his necessary scenes, and the film was well into post-production. Since it didn’t make sense for the project to remove the role completely and force costly reshoots, Zack Snyder and his team cast Tig Notaro in the movie instead.

What followed next was a visual effects marvel, as VFX supervisor Marcus Taormina and his team worked feverishly to get Notaro into the movie with minimal delays. You see, all but one of Notaro’s sequences were shot against a green screen. The comedian filmed the same exact role of the actor before her, and Taormina and his visual effects maestros were charged with seamlessly splicing her into the feature.

As Taormina tells us, Netflix had already screened the initial cut of the movie to members of the crew by the time D’Elia was fired, with only a dozen or so visual effects shots left to complete before the movie was ready for release.

“At the time we didn’t know who we were going to cast. Obviously it was a great choice with Tig, but at the time we didn’t know,” Taormina says. “So the first conversation was like, ‘What’s going on with casting? When are we going to figure that out?’ And then the next conversation was collectively with all of us kind of the creative team in post, we were like, ‘We have such a good movie now. It flows so well.’ We kind have got to protect that in a way. Let’s not lift scenes. Let’s not make it easier for ourselves, because we’re always about the story, right?”

Eventually, Notaro was cast in the role and a skeleton crew began working with her to get the scenes reshot. When all is said and done, Taormina says the process added between five to six months to the post-production process.

“When we found out that it was absolutely going to happen, we got the green light to start all the paintwork,” the filmmaker adds. “So there was, even in that five to six months, there was probably another month and a half of just starting paintwork. Starting what would be one part of the larger piece that needed to happen for that. So we had about a month lead time to start the paintwork, which was great, because we kind of advanced it soon. Had we had to wait until we shot, it could have extended it even further out.”

That paintwork, of course, means the visual effects teams removed D’Elia’s likeness from the scenes he was in, and painted over the openings to seamlessly blend in the background with the rest of the shot. That way when his crews received Notaro’s film plates from Snyder, they could quickly splice the actor in.

Out of 1,200 total shots in the movie, Notaro was added to approximately 250 of them. In addition to Taormina, who oversaw the visual effects department from the studio side, hundreds were involved in the process. In total, Netflix worked with five separate vendors on the project, with each vendor having anywhere from 200 to 350 employees.

While the vast majority of Notaro’s shots were shot against a green screen, Taormina did say a couple of sequences involved other actors. At the moment in the film when the team first assembles for its briefing, Snyder chose to bring back Ana de la Reguera, the actor who played Maria Cruz in the film. “We felt there was a moment where those two characters were really playing off each other,” Taormina tells us. “And we also knew that there was a scene that we had to redo where Peters and Cruz come up on the rooftop, so we knew we’d have to get Ana for half the day.”

Zack Snyder’s Army of the Dead is now streaming on Netflix.