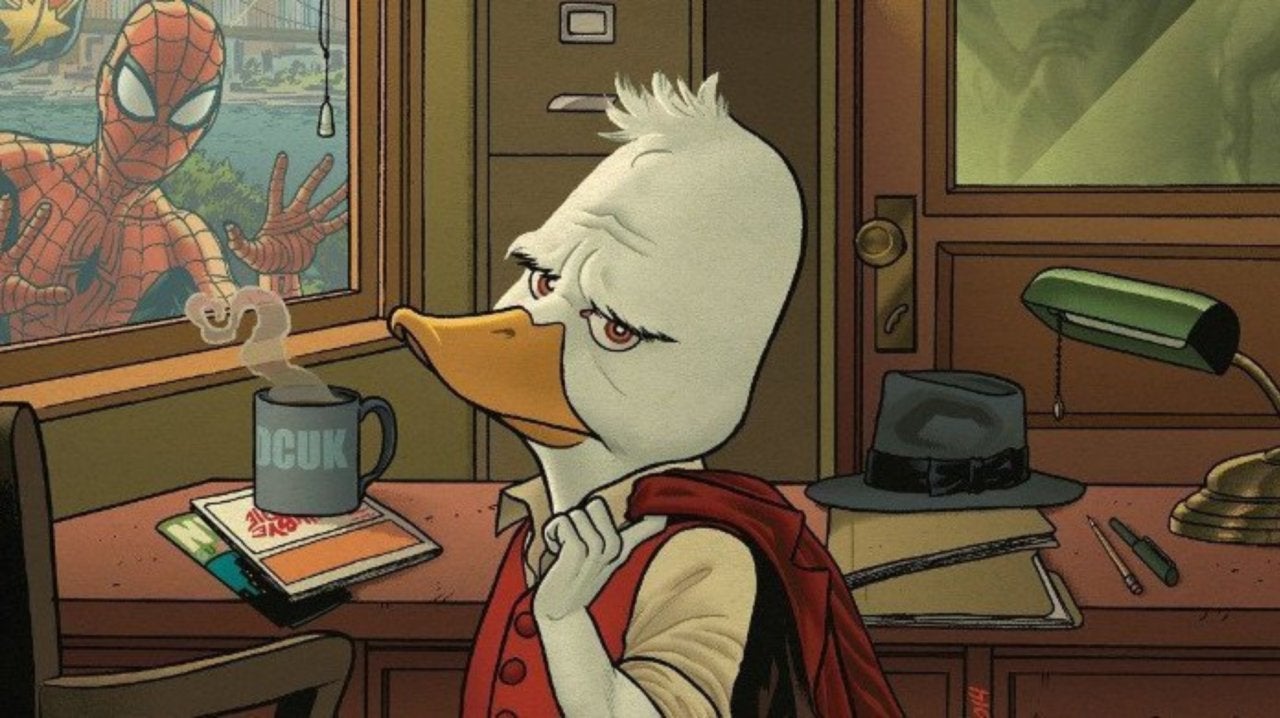 After three previous, brief appearances in Marvel Cinematic Universe movies, Howard the Duck will appear in an upcoming episode of Marvel’s What If…? on Disney+, and fans can’t get enough of it. On social media, there are hundreds of messages from excited fans eager to see more Howard the Duck, a character who has only had a total of about 2 minutes of screen time in the MCU, and one cancelled TV series from Kevin Smith and Hulu. After cameos in Guardians of the Galaxy, Guardians of the Galaxy vol. 2, and Avengers: Endgame, fans are hoping that this time around, they’ll get a little more duck for their buck.

Yes, we know. We’re very sorry for that last sentence.

There’s a lot to digest in the new What If…? trailer, but there’s a sizable chunk of the audience that has zeroed in on Howard, and the whole hashtag is pretty enjoyable. Check out some of our favorites below.

Westworld star Jeffrey Wright serves as the narrator for What If…?, voicing the all-seeing Watcher. The rest of the cast is filled with current and former MCU stars voicing their live-action characters in this animated format. Samuel L. Jackson, Chris Hemsworth, Mark Ruffalo, Josh Brolin, Hayley Atwell, Jeremy Renner, Paul Rudd, Natalie Portman, Michael Douglas, Michael B. Jordan, Sebastian Stan, Michael Rooker, Tom Hiddleston, and the late Chadwick Boseman will all be reprising their roles for the series, along with several other MCU stars.

AC Bradley, one of the writers for Marvel’s What If…?, spoke with Discussing Film earlier this year and said that the series will feature characters from all 23 MCU movies.

“Kevin said that we will be exploring every movie in a new way, but not every episode is about one movie if that makes sense,” Bradley said. “On the reel [shown at D23 Expo], there is this image of a Star-Lord T’Challa because we wanted to see what if the worlds of Black Panther and the Guardians of the Galaxy collided? That was taking two universes, two to three movies, kind of twisting them in new ways.”

Marvel’s What If…? is set to premiere on August 11th.

A Big Boom In Streaming Video Is Over

Lab-grown dairy is the future of milk, researchers say | Milk

Going for a song: how to nab cheap tickets as theatres reopen | Consumer affairs