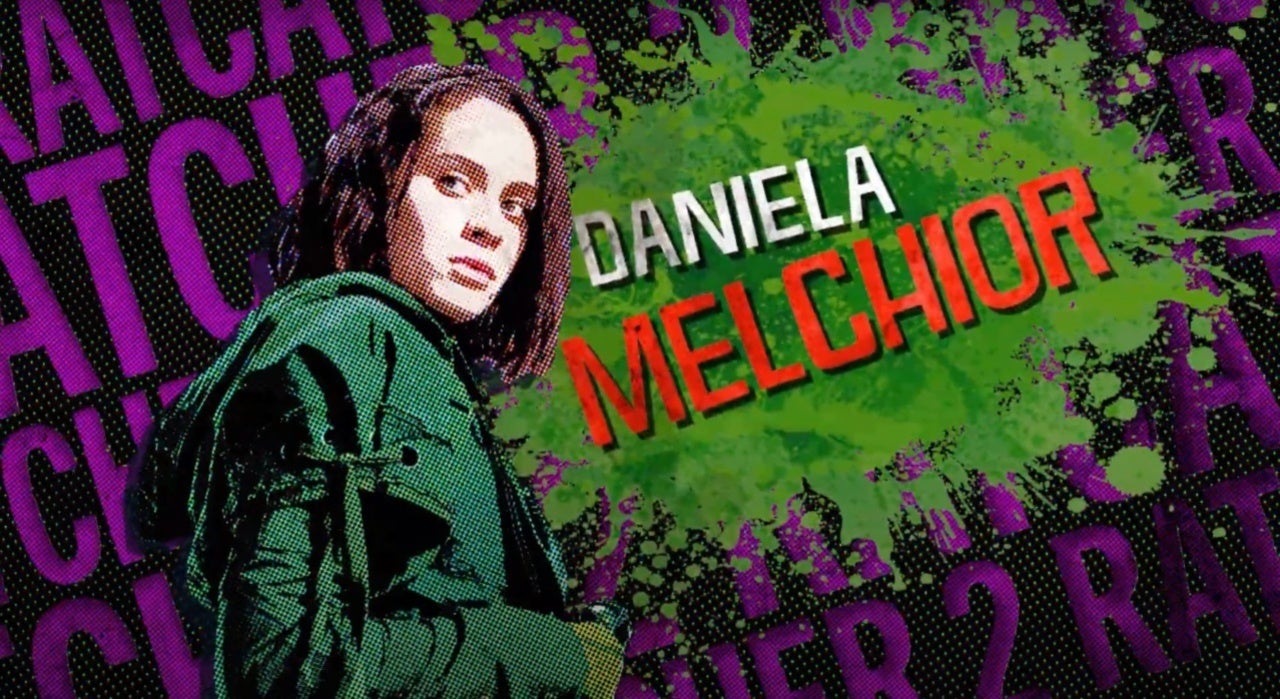 The highly-anticipated The Suicide Squad is finally being released next month and while it will feature some of the same characters as Suicide Squad (2016), director James Gunn has made it clear you don’t need to see the first movie to understand his new one. In addition to returning cast members like Margot Robbie as Harley Quinn and Viola Davis as Amanda Waller, The Suicide Squad will feature a long list of new stars. One such person is Daniela Melchior as Ratcatcher 2. Recently, a fan shared a photo of a trading card that was included in a box of Splat hair dye. The image featured Ratcatcher 2’s real name, which according to Gunn, was spelled incorrectly.

“RATCATCHERS NAME IS CLIO CAZO?!!,” @melaniemstan159 tweeted. “No. It’s Cleo Cazo,” Gunn corrected. You can check out the trading card in question in the tweet below:

Gunn has made it clear that you don’t want to get too attached to all of the characters in The Suicide Squad and even joked about an “overly optimistic” death doll he saw online. Recently, Gunn spoke with Den of Geek and said, “The first thing I had to do was ignore the potential blowback from killing a character.” In fact, he revealed on Twitter that he constantly gets threats over potential character deaths. “This morning on IG: ‘This is a threat. If you kill (character name redacted) I will hatecrime you.’ Every. Single. Day,” Gunn revealed.

The Suicide Squad is scheduled to hit theaters and HBO Max on August 6th.