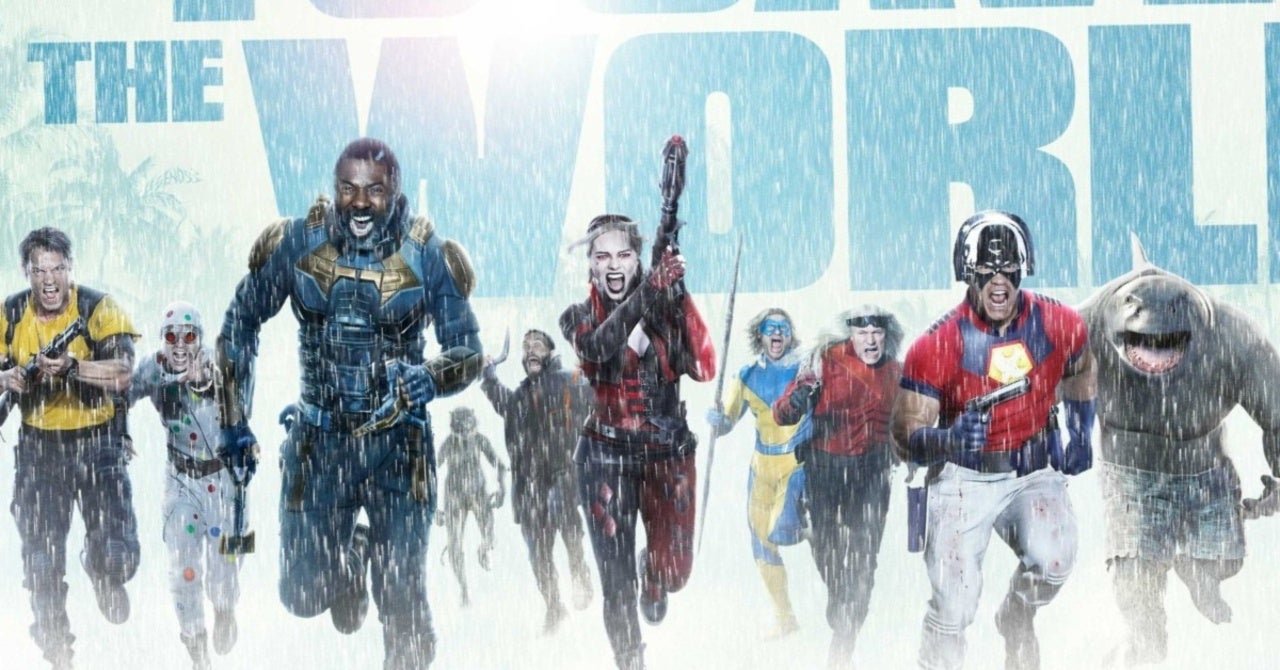 We’re a little over a month away from the release of The Suicide Squad, but fans are continuing to get a steady stream of information about the upcoming DC Comics film. As if magazine covers, comic books, toys and merchandise, and an upcoming guest stint on Wipeout weren’t enough, writer-director James Gunn recently shared a behind-the-scenes look at himself and the film’s cast standing on set in costume. The photo, which you can check out below, features Sean Gunn (Weasel), Pete Davidson (Blackguard), Mayling Ng (Mongal), Joel Kinnaman (Rick Flagg), Jai Courtney (Captain Boomerang), Nathan Fillion (TDK), Gunn, Margot Robbie (Harley Quinn), Flula Borg (Javelin), and Michael Rooker (Savant).

In The Suicide Squad, welcome to hell — a.k.a. Bell Reve, the prison with the highest mortality rate in the US of A. Where the worst Super-Villains are kept and where they will do anything to get out — even join the super-secret, super-shady Task Force X. Today’s do-or-die assignment? Assemble a collection of cons, including Bloodsport, Peacemaker, Captain Boomerang, Ratcatcher 2, Savant, King Shark, Blackguard, Javelin, and everyone’s favorite psycho, Harley Quinn. Then arm them heavily and drop them (literally) on the remote, enemy-infused island of Corto Maltese.

“You want to go to work with people who jump out of bed every day and want to go to work,” Cena said in a previous interview. “[Gunn] is the epitome of that. He cares so much about what he’s doing and I think especially when he’s put in a position to write, develop, and do this by his rules essentially. He chose the franchise. He kind of dictated his terms and now he’s really betting on himself and I hope everybody enjoys seeing it as much as we’re enjoying making it because it’s awesome.”

Are you excited for The Suicide Squad? Share your thoughts with us in the comments below!

The Suicide Squad is set to be released both in theaters and on HBO Max on August 6th.

A Big Boom In Streaming Video Is Over

Lab-grown dairy is the future of milk, researchers say | Milk

Going for a song: how to nab cheap tickets as theatres reopen | Consumer affairs

These 10 Countries Offer Six-Figure Payouts To Their Olympic Medalists