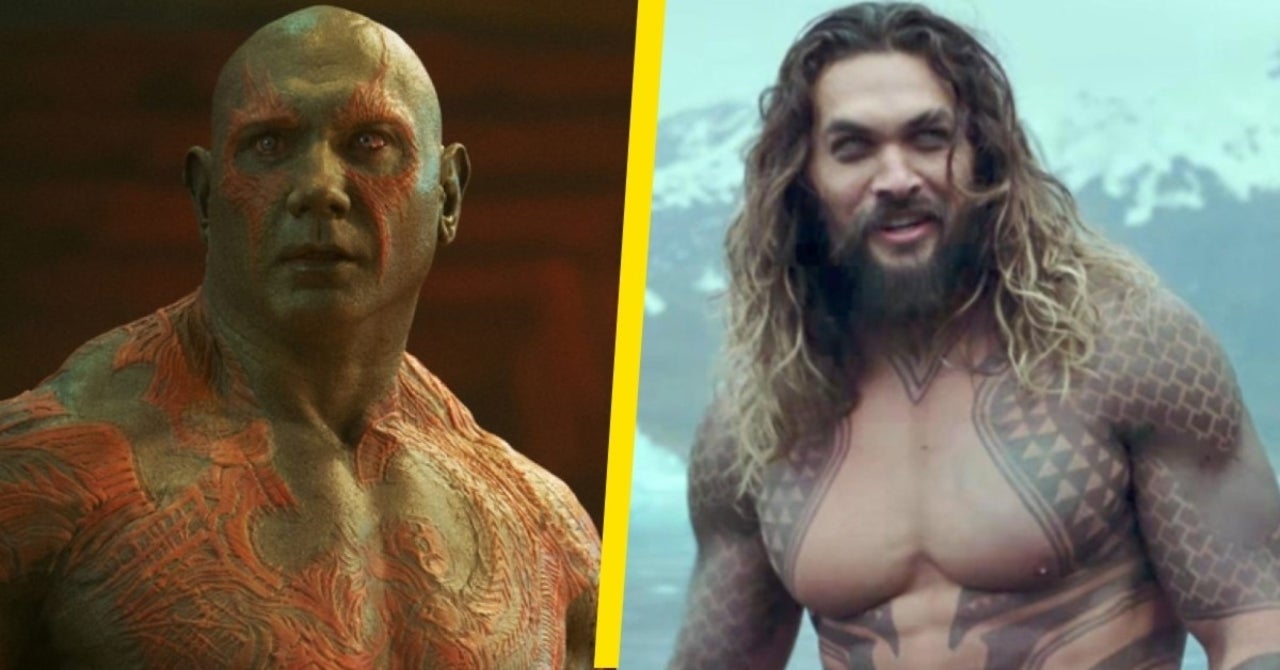 Last week, Marvel Cinematic Universe star Dave Bautista wrote on Twitter that he wanted to make “a Lethal Weapon-type buddy cop movie” with DC star Jason Momoa. The two men have already appeared together on the Apple TV+ series, See, and will soon be sharing the screen in the highly-anticipated Dune. Less than a week after Bautista decided to “throw this out into the atmosphere,” Momoa appeared on The Late Late Show to talk with host James Corden about his various projects and when Corden brought up Bautista’s tweet, Momoa explained that Bautista actually texted him about the idea and that they’re currently working on putting the whole thing together. During a recent interview with Entertainment Weekly, Momoa spoke more about how the idea came together.

“It’s amazing — you try to work your whole career to get an opportunity like this, and he just tweets something [to make it happen],” Momoa shared with a laugh. “And then I got asked about it on Corden, and now our phones won’t stop ringing. So, it’s safe to say that one is happening.”

“He did text me first, which is how respectful he is,” Momoa added. “I was like, ‘Hell yes. Tell me where to sign, I’m in.’ And then it turns out he just tweeted it right after getting my approval. And then it went viral. You’re like, ‘All right, well, it’s that easy. Let’s do it, buddy.'”

“I’m hoping when I’m Bautista’s age I can still do what he does,” Momoa continued. (Bautista is 52.) “He’s one of those big guys that can move and fight really well. I have a lot of respect for him and Dwayne [Johnson] because doing that kind of wrestling is a lot of tear on your body for a long time. I know I feel it, and I’m 42. And those guys are still badasses.”

Warner Bros. describes Dune as “A mythic and emotionally charged hero’s journey, Dune tells the story of Paul Atreides, a brilliant and gifted young man born into a great destiny beyond his understanding, who must travel to the most dangerous planet in the universe to ensure the future of his family and his people. As malevolent forces explode into conflict over the planet’s exclusive supply of the most precious resource in existence—a commodity capable of unlocking humanity’s greatest potential—only those who can conquer their fear will survive.”