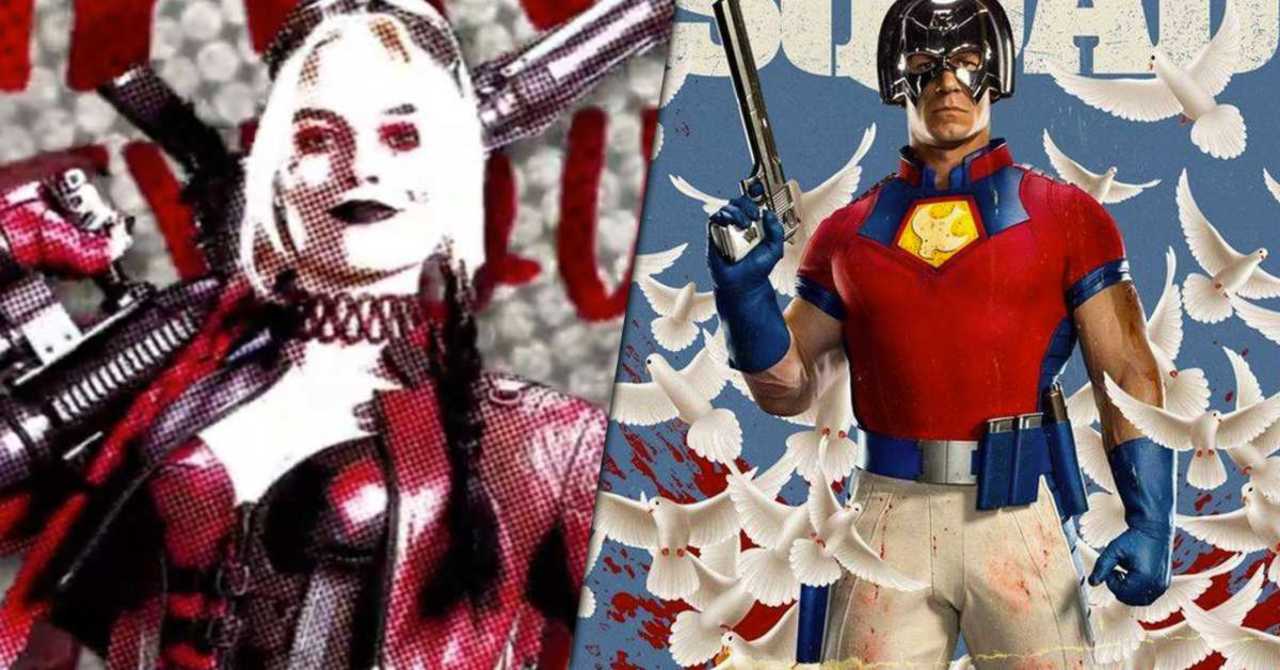 John Cena is back in the Peacemaker costume for The Suicide Sqaud’s press tour with Margot Robbie. Both the mercenary hero and Harley Quinn actress appeared on Jimmy Kimmel Live! to promote the upcoming Warner Bros. film. Director James Gunn got quite a kick out of the appearance and tweeted it out. It’s not hard to see why it would cause so much joy amongst the fans. Cena has been tabbed for an HBO Max series before The Suicide Squad ever even hit theaters. Robbie and her co-stars have had nothing but praise for Gunn’s work with them and are teasing a wild ride. All of the trailers can’t even contain some of the wilder elements of this movie. Guest host Anthony Anderson and the DC Comics anti-heroine look like they’re ready for a normal interview and then you get to the director and the WWE Superstar in the frame. People are definitely going to set their alarms for the show tonight because something silly is coming their way.

In some recent comments to Entertainment Weekly, the Fast 9 star said that the HBO Max series will actually go bigger than some of the stuff in The Suicide Squad. Cena said, ”I would venture to say that Peacemaker actually turns up the volume on anything that you see in The Suicide Squad. I want people to enjoy The Suicide Squad and I really think they will. Once they get a feel for these characters they’re going to want more and that’s where Peacemaker picks up.”

“The Peacemaker is an interesting character because his ego seems contradictory. He is this guy who has developed this philosophy and he can use it as a blanket to behave badly: ‘I am doing this thing that is morally wrong but I am doing it in the name of peace so it’s okay.’ He views himself as a superhero but I think a lot of us would watch his actions and think that they’re morally wrong,” the star added. “In WWE I always try to get people to describe their characters in one sentence and I think that one sentence (for Peacemaker is) ‘He wants peace so much he’s willing to kill for it.'”

Check out what HBO Max had to say about the series down below:

Based on characters from DC, Peacemaker will be produced by Gunn’s Troll Court Entertainment and The Safran Company in association with Warner Bros. Television. While details about Peacemaker are being kept under wraps, the series will explore the origins of the character that Cena will play in the upcoming film, a man who believes in peace at any cost — no matter how many people he has to kill to get it. The series will extend the world that Gunn is creating for The Suicide Squad movie, which is scheduled to be released in theaters by Warner Bros. Pictures on August 6, 2021.

How excited are you for Peacemaker and The Suicide Squad? Let us know down in the comments!