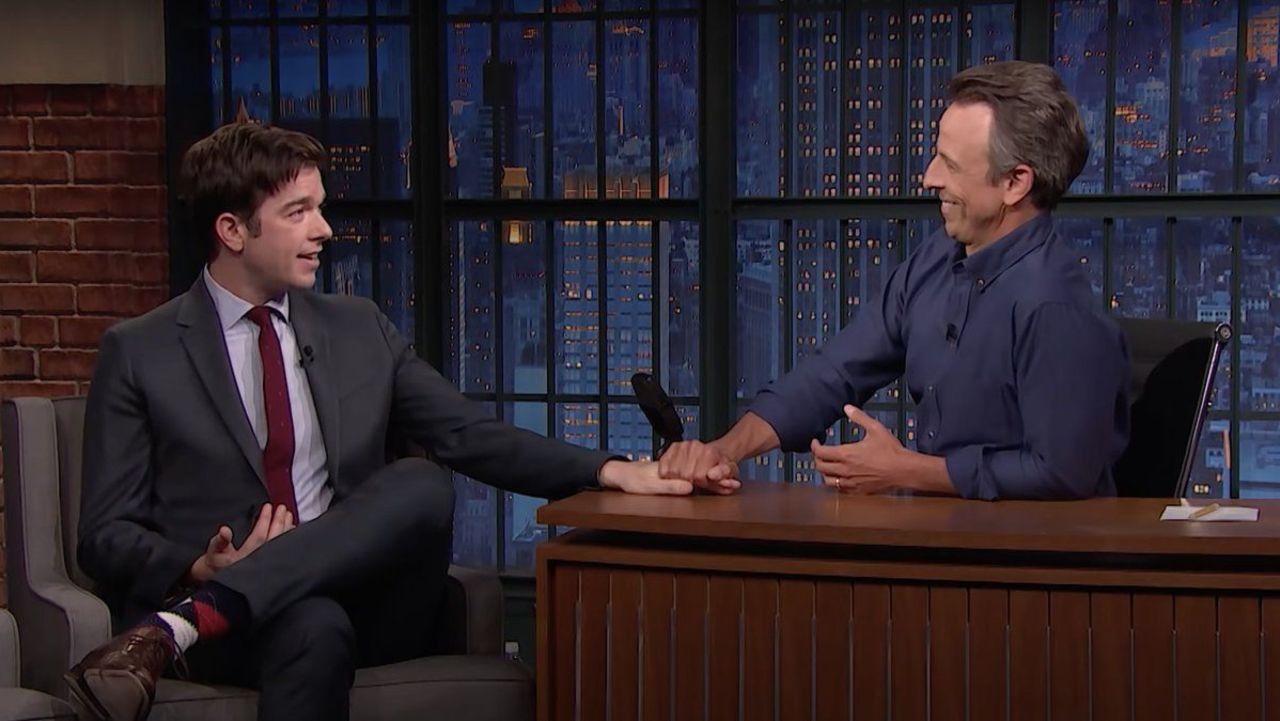 Comedian John Mulaney and actress Olivia Munn are expecting their first child together, the couple confirmed on Tuesday night, bringing an end to several days of speculation and rumors. Mulaney (Spider-Man: Into the Spider-Verse) and Munn (X-Men: Apocalypse) confirmed the news last night on Late Night With Seth Meyers, as friendly a venue as you’re going to get, since Meyers is a comic book fan and, like Mulaney, a former writer for Saturday Night Live. The pair confirmed their relationship publicly in May, after Mulaney reportedly reconnected with Munn, an old friend, following a brief stint in rehab. His first marriage, to Annamarie Tendler, ended about a week before the news broke.

The internet, as it always does, in situations like this, has opinions. Mulaney’s lovable everyman persona, and the fact that his sainted wife was a big part of his stand-up routines, have put a target on the comedian, who is seen as pursuing someone younger, hotter, and more famous at his now ex-wife’s expense.

“I packed a lot into this… Is it September now?” Mulaney said on Meyers last night. “I went to rehab in September, I got out in October, I moved out of my home from my ex-wife….Then in the spring I went to Los Angeles and met and started to date a wonderful woman named Olivia. I got into this relationship that’s been really beautiful with someone incredible…and we’re having a baby together.”

Munn has a long history of splashy, headline-grabbing celebrity romances with the likes of Justin Timberlake, Joel Kinnaman, and Aaron Rodgers.

“This is very new, they’re taking it slowly,” a source told People at the time. “They met at church in Los Angeles.”His reps say he will not comment on the relationship further, as he is focusing on staying sober and returning to work.

A 2015 interview with Munn which resurfaced when they started dating indicated that the pair had originally met at a wedding, back when Mulaney was engaged to Tendler, but had never reconnected after sharing contact information.

Mulaney is expected to appear in the upcoming Spider-Man: Into the Spider-Verse sequel, as well as in the upcoming revival of Chip n’ Dale: Rescue Rangers. The long-rumored live-action/CGI hybrid is set to debut on Disney+ in Spring 2022, with John Mulaney voicing Chip and Andy Samberg voicing Dale. Seth Rogen is also set to make a cameo appearance.

Munn, who has also appeared in The Predator and The Newsroom, is set to appear in two upcoming films — Aleppo, and The Gateway — later in 2021.