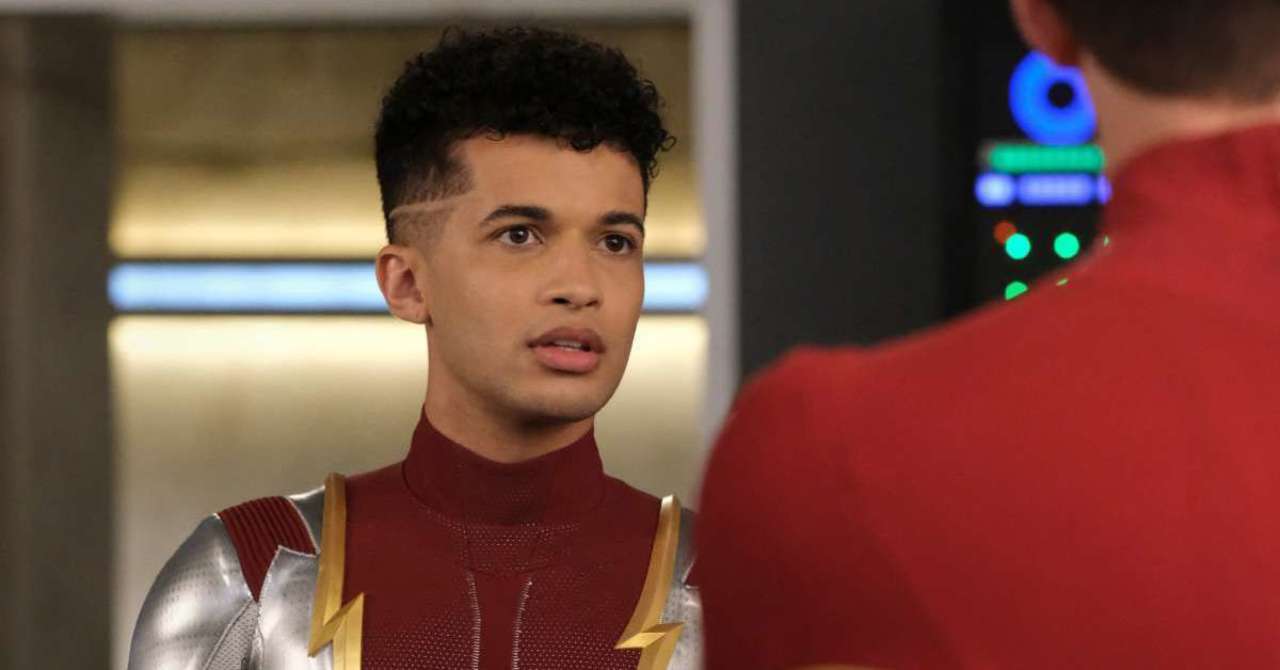 This week’s episode of The Flash saw Jordan Fisher make his full debut as Bart Allen/Impulse, Barry (Grant Gustin) and Iris’ (Candice Patton) son from the future. The young speedster and his big sister Nora (Jessica Parker Kennedy) raced their way to present-day Central City in pursuit of Godspeed, but even with the rather serious situation that brought the family together, there were some lighter moments as well. And it was pretty clear that Fisher was having a great time bringing the fan-favorite character to life, especially when it came to the stunts and action.

Speaking with ComicBook.com, Fisher talked about his collaborative relationship with the stunt and VFX teams to do some very cool things with Bart on the screen.

“If it looked like I was having a blast, it genuinely was because I was having a blast. I’m so glad that that’s readable, because it very much is the case,” Fisher said. “I got to play a superhero. I got to play a superhero. I got to wear a super suit, have super powers and have a visual effects team tell me what I get to do today, and that is such a cool thing. Especially coming from a gymnastics background, I was a gymnast for 11 years competitively, and I’ve been dancing for 17, and I’ve been doing … I’m comfortable with my body, I’ve known my body for a very long time. I’m just as comfortable in the air, upside down as I am with my feet on the ground.”

He continued, “So knowing that, the stunt team and the VFX team, I really wanted to have a really super transparent, very collaborative relationship with the two of them in saying like, this is what I would like to do today, this is what how I would like to enter into this fight. Something that I would like to do here. I want to try this. VFX, is that doable? And they’ll be like, we actually have never been able to even try with that yet. So do it, and we’ll let you know if it works or not. And then they’ll come back to me after we finished a scene, they’re like, bro, this is so cool. You’re going to love what we’re going do.”

He described the situation as a dream scenario for him as an actor.

“It’s that. It’s that dream scenario, I think that an actor could have, if you think about things like this, where you get to dream about how you would be a superhero, how you would be a speedster and what you want to do, and then actually get the opportunity to wear the suit, to put the shoes on, put the cowl on and to do the thing,” Fisher said. “And then to be able to ask the team, can you make me look cool? They’ll be like, oh yeah. Yeah, we will. We will make you look cool. That’s what I got to do every day. So yeah, I had a blast.”

The Flash airs Tuesdays at 8/7c on The CW.

Medicare And Medicaid Turn 56 Today. That’s Not Exactly Cause For Celebration.