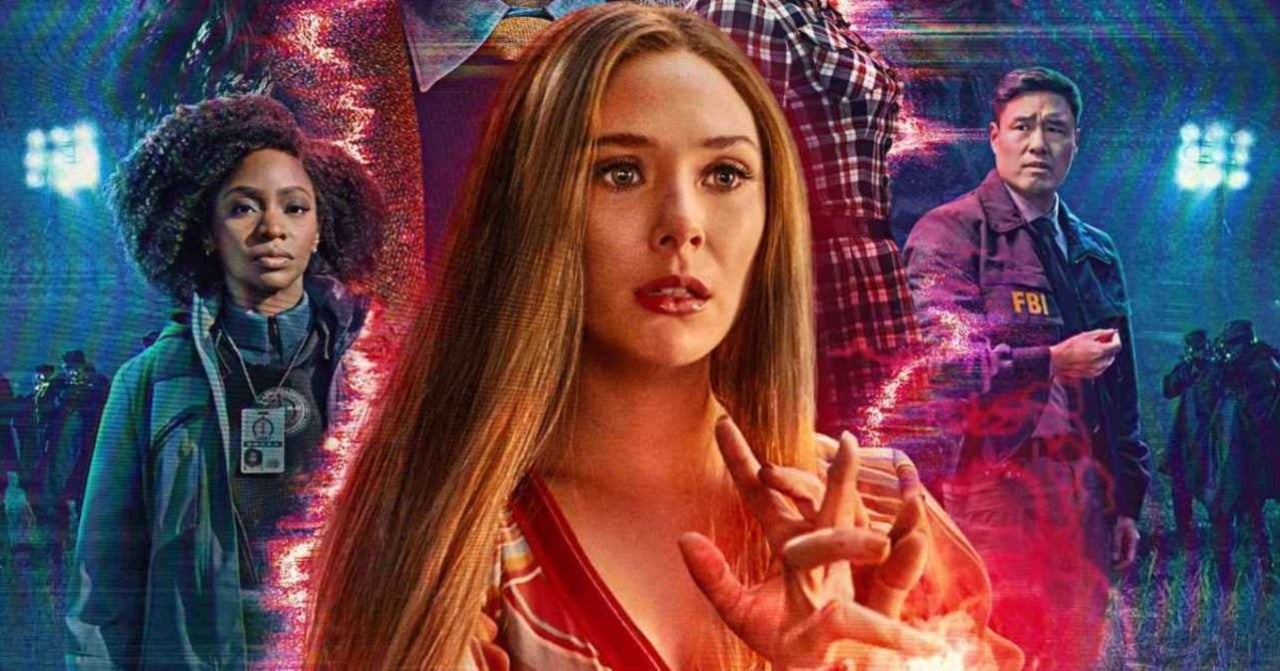 WandaVision is easily one of Disney+’s biggest hits, and all you have to do is mention the name to get an immediate reaction from most fans. It’s also a quite simple name really, putting the names of its two leads together into one, but you might not realize what inspired that now-famous title. In a new interview with Rolling Stone, Marvel Studios President Kevin Feige revealed how the name came about, and at one point it was closer to what they did with Falcon and the Winter Soldier. Feige wasn’t settled on it though, and then he remembers first seeing the title for BlacKkKlansman. At that point, he was sold on the mashup idea, and the rest is history.

“I didn’t want to call the show Wanda and Vision or The Scarlet Witch and Vision. I was at the AFI [American Film Institute] luncheon in 2018 and I remember looking at the board where it listed the top 10 films and seeing BlacKkKlansman,” Feige said. “I remember thinking, ‘How cool is that? They just mushed those two words together and the audience just accepts that as a title.’ So I thank Spike Lee for making BlacKkKlansman. I know that’s the weirdest connection ever, but that’s how it came about.”

Feige also remembers how the idea for the show came about,

“Post-Endgame, we knew we wanted to see more of Vision, [even though he was] dead at that point, and see more of Lizzie’s character. Comics fans knew forever that she’s an amazing character with boundless potential, both in terms of her powers and the conflicts and drama,” Feige said. “We wanted to delve into the Scarlet Witch, which was a name that we’d never said in her multiple, multiple appearances — superhero names don’t always come up in the films.”

“And the [2016] Vision comics series was on my desk for a long time. I just loved the white picket fence, the mailbox that says ‘Visions’ on it, and the image of Vision and his android family in this suburban home,” Feige said. “At the time, we were under a lot of pressure finishing Infinity War and Endgame. And while we were in Atlanta shooting those two films together, there was a cable channel in the hotel where I was staying that every morning had Leave it to Beaver and My Three Sons. Rather than watching the news in the morning, I just had that on.”

As we know now, the idea of classic sitcoms played a big role in the show’s layout and aesthetic, and it ended up being a way to frame a story of dealing with grief and trauma.

“But it really started with this idea of the love of television and the comfort that television brings, which is kind of a false comfort, we all have to admit. But in the show, it’s a way of dealing with grief. When you go down the line and explain to somebody what Wanda has been through, it is as traumatic as it gets, in a way that I think people don’t quite understand,” Feige said “You know, the death of Pietro, it’s just one of 1,000 things that happens in Age of Ultron. The death of Vision is the culminating event of Infinity War, but then half the population of reality disappears. So there’s always other things happening in each individual movie, but when you just look from this woman’s point of view, how does that grief manifest itself?

Wanda’s next chapter will be told in the Doctor Strange sequel, though there are some that are holding out hope a sequel series to WandaVision maybe happens down the line.

WandaVision is available to stream on Disney+.

Kelly May Be Stepping Aside After Leading Southwest To Dominance, But He’ll Still Shape One More Big Decision

Why The Fed Must Stop Manipulating Interest Rates