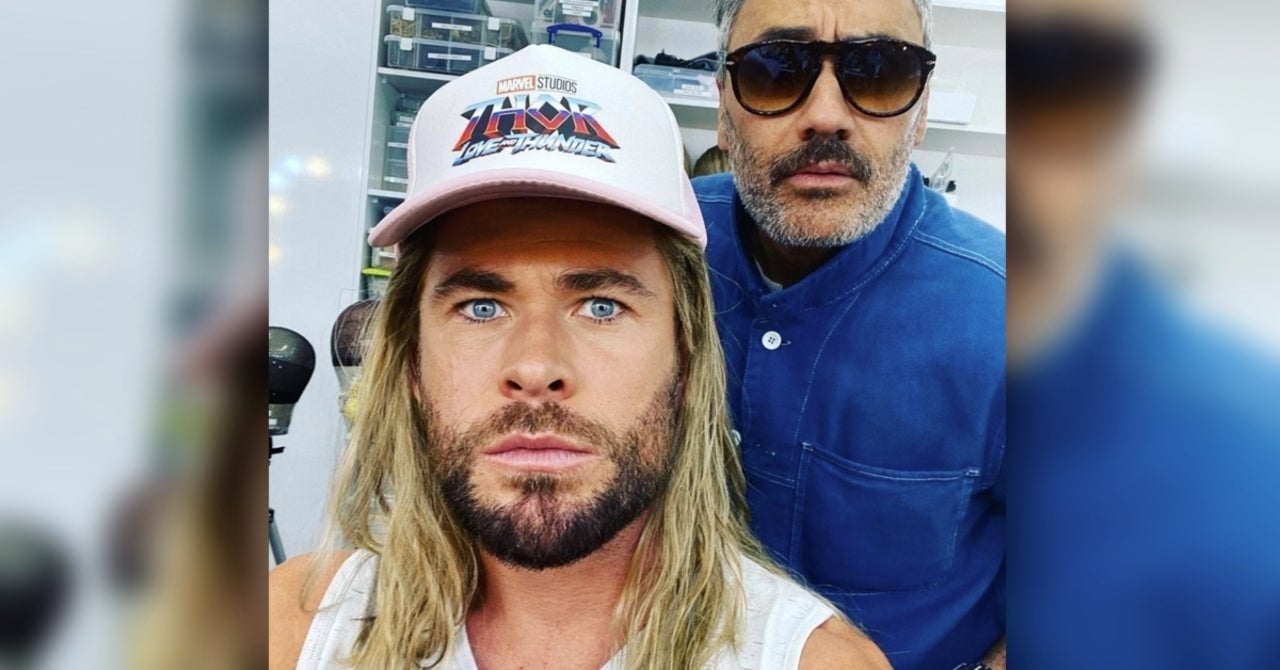 In case you had any reservations about Thor: Love and Thunder, you might as well toss those aside. According to helmer Taika Waititi, the movie is the craziest thing he’s ever done, and judging by his resume, that means it’s probably pretty darn crazy. Tuesday evening, Waititi reshared the mega-viral celebratory snapshot Chris Hemsworth shared earlier in the day. Though it’s the same picture, the director added his own spin with the caption.

“And that’s a wrap on Thor: Love and Thunder,” Waititi shared. “Sometimes two people come together to inspire the world and change the cinematic landscape forever. And then there’s me and [Chris Hemsworth] who are too cool to care about anything except making movies that bring people absolute joy. Ok I don’t look cool I know that.”

The filmmaker then added, “This film is the craziest thing I’ve ever done and I’m honoured to bust my ass and have a nervous breakdown so you can all see it in May 2022.”

Waititi’s latest comments echo those he first made in 2019, where he called Love and Thunder a “brighter” and “bolder” film than Thor: Ragnarok, a feature most might consider one of Marvel’s most radical films.

“The next Thor film I’m doing, basically, we’re sort of launching ourselves again on this adventure film, really. That was the thing really that I loved about doing Ragnarok, it felt like we were just putting Thor on a really cool adventure,” Waititi previously told Entertainment Weekly in 2019. “There’s always like new things to see and do, and this one, I think we’re gonna double down a lot on that and have it bigger, bolder, and brighter. There’s just gonna be some really crazy stuff in the film.”

Thor: Love and Thunder is currently set for release on May 6, 2022.

What other characters do you hope to see pop up in Thor 4? Let us know your thoughts either in the comments section or by hitting our writer @AdamBarnhardt up on Twitter to chat all things MCU!