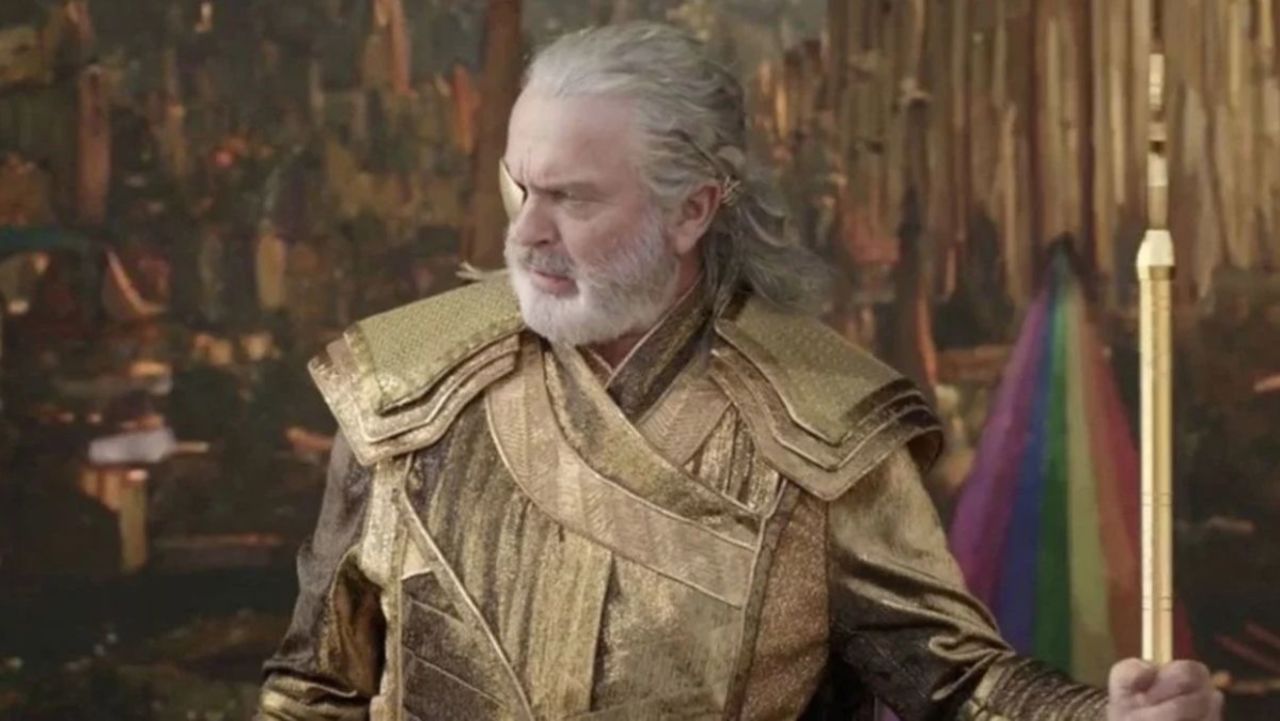 Thor: Love and Thunder brings Jurassic Park star Sam Neill back to the Marvel Cinematic Universe, but the actor admits he’s not entirely sure what’s going on in his scenes. Neill isn’t schooled on Thor and the Marvel Cinematic Universe saga and thus was a bit baffled when tasked with playing the fake version of Thor’s father in Thor: Ragnarok, a role he reprises in the new film. According to news.com.au, Neill said, “I’ve never understood any of the Thor films, in fact the whole Marvel universe is a complete mystery to me. I mean I was standing beside Jenny Morris (on the set of Thor: Ragnarok) and I said, ‘Do you know what planet we’re on?’ To be honest I was completely baffled, I came back I was baffled again, I did my bit, I don’t know who are playing who exactly because they are sort of swapping roles.”

Neill’s faux Odin factored into a Thor: Ragnarok as part of a performance in Asgard recalling Thor: The Dark World‘s events. Set photos suggest a similar scene in Thor: Love and Thunder, with Neill, joined by previous castmates Liam Hemsworth and Matt Damon to recall the events of Thor: Ragnarok, with help from Melissa McCarthy as faux Hela.

Thor: Ragnarok director Taika Waititi returns to helm Thor: Love and Thunder. He’s promised fans that the movie will be a wild ride.

“The next Thor film I’m doing, basically, we’re sort of launching ourselves again on this adventure film, really. That was the thing really that I loved about doing Ragnarok, it felt like we were just putting Thor on a really cool adventure,” Waititi told Entertainment Weekly in 2019. “There’s always like new things to see and do, and this one, I think we’re gonna double down a lot on that and have it bigger, bolder and brighter.”

Thor: Love and Thunder sees Natalie Portman returning as Jone Foster, who will take up Thor’s hammer, Mjolnir, to become the new god of thunder as she did in the Thor comics by Jason Aaron and Russell Dauterman. Christian Bale plays the film’s villain, Gorr the God-Butcher, introduced during Aaron’s run Thor: God of Thunder with artist Esad Ribic.