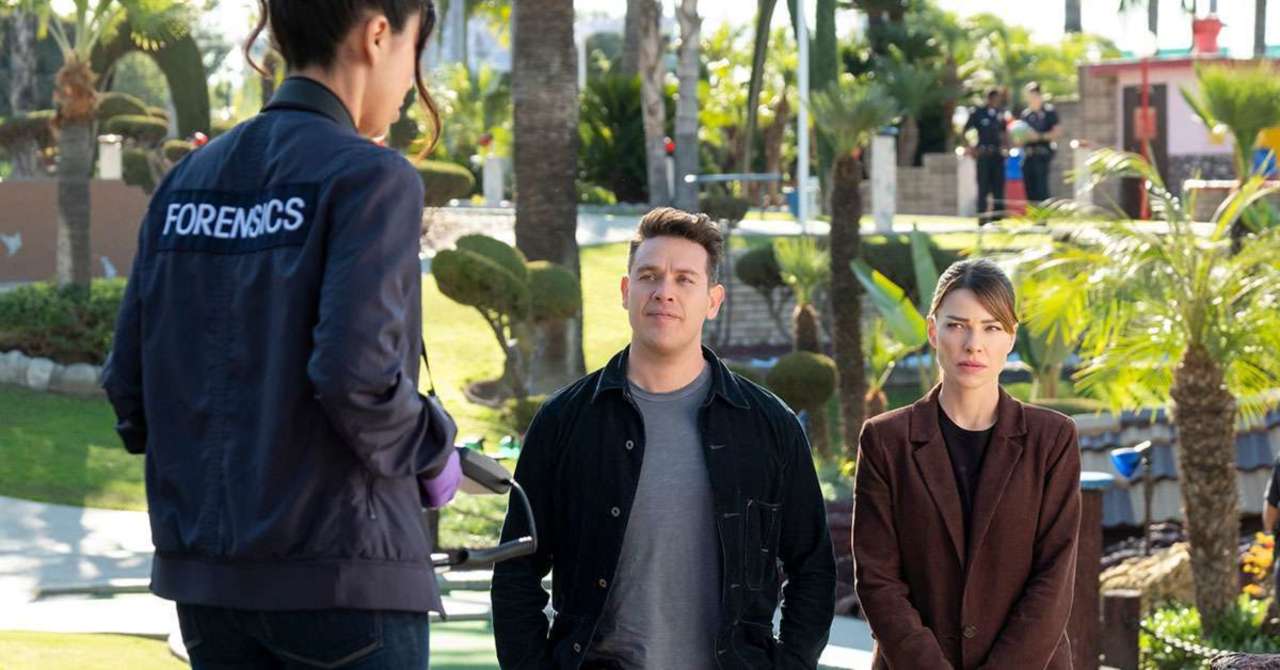 With Lucifer Season 5B having arrived on Netflix last Friday, fans have had a few days to process the huge events of the popular series’ penultimate season including not only a game-changing change in status quo for Lucifer Morningstar (Tom Ellis), but a devastating death as well. Now, Lucifer showrunners Joe Henderson and Ildy Modrovich explain that big death and why what happened after was so critical to the story being told in Season 5.

Warning: Major spoilers for Lucifer Season 5B below. Read on only if you want to know.

In Lucifer Season 5, Detective Dan Espinoza (Kevin Alejandro) has a less than great time of things. In the first half of the season Dan finds out that Lucifer is the actual devil which is a world-rocking revelation especially once God (Dennis Haysbert) comes to Earth as well, but there was also a whole prank episode in “Daniel Espinoza: Naked and Afraid” and then the real kicker. Dan dies in Season 5B, his murder part of Michael’s (Tom Ellis) plan to force Lucifer back to hell so that he can take over the role of God. But if Dan’s death wasn’t tragic enough, Lucifer soon finds out that Dan is in Hell as he was still wrangling with his own guilt. According to Henderson, the death serves as a consequence as well as a wake-up call to Lucifer that the system he’s part of isn’t just.

“Well, toward the end of Season 5, we really wanted to hit on some of the consequences,” Henderson told Collider. “A sense of, you know, for all the fun and games, like, souls are at stake. And for Lucifer to have to make the decision to face it, one of the things we really wanted to drive home was the import of it, the danger of it. Also, the sense of injustice, the sense that something needs to be fixed, needs to be changed.”

He continued, “Dan’s in Hell, and one of the things we really wanted to hit this entire season and series is, Dan is a flawed but good guy. I guess that’s one of the reasons we like to watch him be tortured, but it’s also one of the reasons that he was perfect to be the character that dies and still goes to Hell. That’s not right, at least in Lucifer’s mind. And that was a really important piece of the story that we wanted to tell, that Lucifer senses that the world isn’t just. And he’s always felt that about himself. Now it can be represented in someone else, and that was an important thing for us to tell.”

However, even with Dan dead and in Hell, his story may not be over. Alejandro told ET Online that fans will see more of Dan in the final season, though he didn’t reveal exactly the context.

All episodes of Lucifer Season 5 are now streaming on Netflix.

What did you think of Dan’s death? Let us know in the comments.