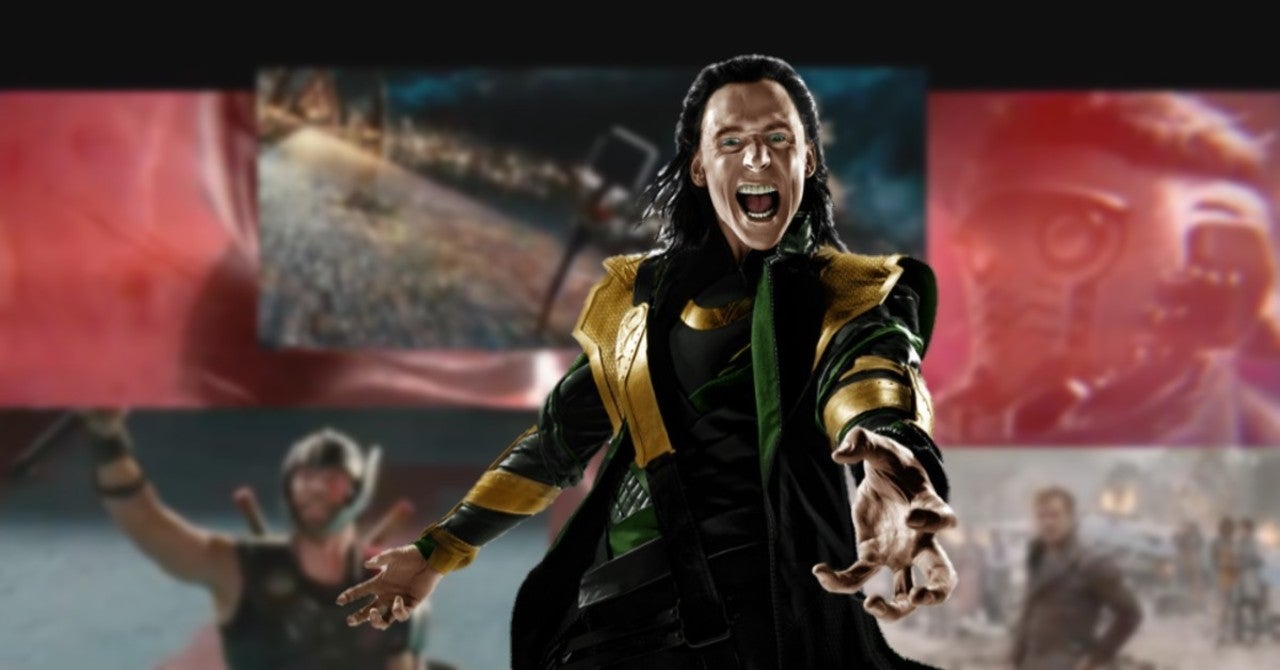 Loki‘s season finale had a much different opening sequence than what we’ve seen in previous episodes. As 2012 Loki (Tom Hiddleston) and his female variant Sylvie (Sophia Di Martino) finally reach the citadel at the end of time. Since the two characters actually made it to the center of the Marvel Cinematic Multiverse, it was fitting to hear audio clips from various Marvel Studios projects played over Loki‘s opening sequence; a lot of fans used closed captioning to help discern who was speaking in those voiceovers – but now one Marvel die-hard has actually compiled footage clips to play along with with the audio samples from the Loki finale opening:

Not only does “SicariusREAL” nail all the MCU moments featured in the voiceover collage, he/she also digs up the classic real-life TV/Movie moments that are a part of Loki‘s opening sequence!

It really does hit kind of differently when you see that opening sequence of Loki episode 6 with the actual visual clips included in them. Even if you caught a lot of the quotes and were able to place them, seeing scenes of, like, Mad Mikkelsen’s Kaecilius from Doctor Strange – or Michael Douglas’s Hank Pym in both Ant-Man movies – really hammers home how deep Marvel Studios went with the cuts in that sequence. It also doesn’t hurt that a lot of the characters included in the sequence will be ones featured in the next slew of MCU projects (Black Widow, Doctor Strange in the Multiverse of Madness, Thor: Love & Thor, Ant-Man and the Wasp: Quantumania, She-Hulk, Black Panther: Wakanda Forever…).

As for what the deeper “meaning” of this sequence is – well, Marvel fans certainly (unsurprisingly) have their theories.

Loki‘s finale has certainly changed our perspective on the figures and events featured in the opening. The world of the MCU and our real-life world were thrown into the same audio sandbox as means of demonstrating how “He Who Remains” (aka Jonathan Majors as Immortus/Kang)existed in a place that is above and beyond the confines of either the fictional world of the MCU, our world – and every other reality of an infinite multiverse. It is at once a drastic raising of the stakes when it comes to threats the MCU heroes must battle, and also a risky sci-fi trope for Marvel Studios to hang the franchise on.