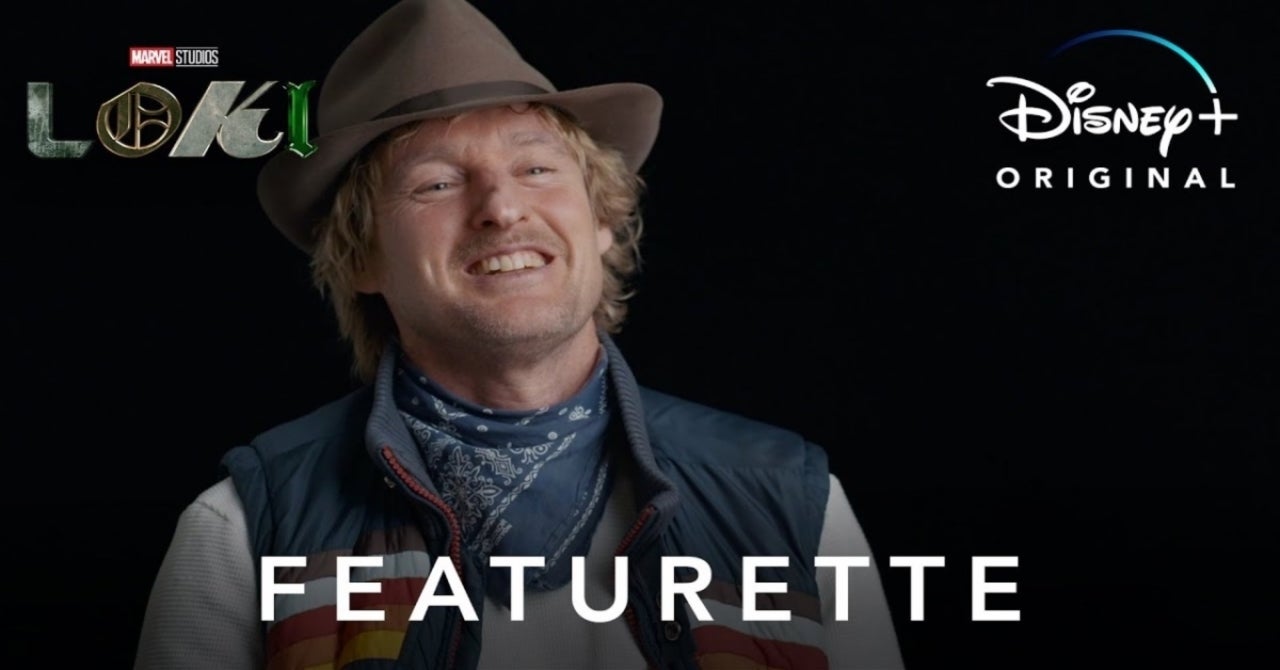 Oh, wow: Owen Wilson joins the Marvel Cinematic Universe as TVA Agent Mobius M. Mobius in Loki. The Wedding Crashers and Night at the Museum star makes his Marvel debut opposite Tom Hiddleston‘s Loki in the Marvel Studios original series streaming June 9, where Wilson’s Agent Mobius is part of the “courageous and dedicated workforce” of the Time Variance Authority: a bureaucratic organization existing outside of time and space tasked with protecting the sacred timeline with the motto “for all time, always.” Playing Loki’s handler, Wilson is “full of enthusiasm and passion and excitement,” Hiddleston says in a new featurette celebrating his co-star’s introduction to the MCU.

“This is the first time for me in the Marvel universe. They first spoke to me about Iron Man and Captain America, and even Hulk. I was like, ‘Well, I don’t know,'” Wilson deadpans in the featurette released Monday. “I’m just kidding.”

Wilson plays an expert in all things Loki — “I’ve studied almost every moment of your entire life,” Mobius tells Loki at one point — and now the TVA Agent is in need of his “unique Loki perspective” after the God of Mischief’s escape from the year 2012 in Avengers: Endgame. Loki broke reality when he stole the Tesseract, and now he must help fix it or face deletion from reality.

“Tom would take us through the world and the different movies. We called them the Loki Lectures,” Wilson says in the featurette. I ended up just sort of writing down some of the stuff he said, and I think that even worked its way, sometimes into dialogue.” On joining the Loki series, Wilson added, “I really like the whole look. The sets, and the costumes, let that do the heavy lifting (laughs).”

Loki series director Kate Herron made a detailed pitch to the MCU newcomer, who learned about the decade-long history of Hiddleston’s troublemaking trickster:

“I love his work. ‘Oh my God, I’m going to talk to Owen Wilson,'” Herron previously told THR. “He’s so laid back and nice, it immediately puts you at ease. It was the most detailed pitch I’ve ever done, to an actor, ever. I think I pretty much spoke through the entire first episode with him. You can tell he’s a writer, just by the way he attacks story. His questions about the world and the structure and the arc of the character. It was really fun to work with him.”

“It was the questions he asked, and the way he attacked story, in that sense,” Herron added. “And also probably because he was newer to the Marvel world, he was like, ‘OK, how does this work?’ I also pitched him Loki’s arc over the past ten years, where that character has gone, but also explaining our Loki and what happened in Endgame and time travel. There’s a lot to unpack in that conversation.”